Perhaps it won't have gone unnoticed that this weekend was Queen Elizabeth 11's Platinum Jubilee. 70 years on the throne. Up and down the country, people have been celebrating her achievement, and the granting of an extra day's holiday, by way of street parties like the one in the closed off road in Altrincham shown above, and by taking part in various traditional activities such as Morris Dancing with enthusiasts like Rick, pictured below. 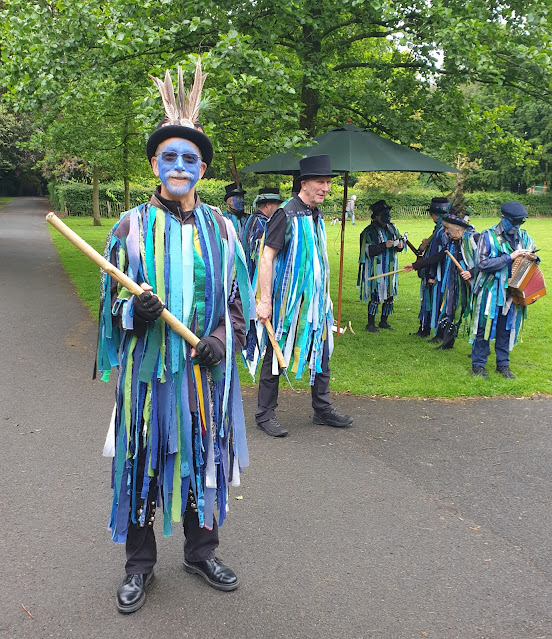 Isabella celebrated with her mum and dad in Fletcher Moss Park, by splashing in every puddle she could find. Here she is in a brief period of happy exhaustion! 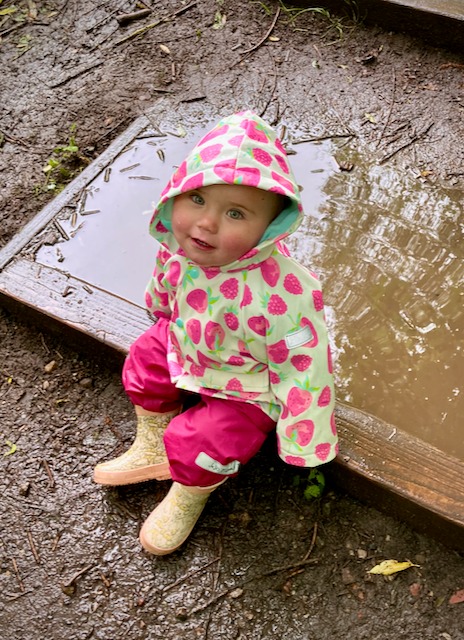 Sue managed to attend a 'bell-ringing-fest' in John Leigh Park, where a mobile bell tower had been set up for anyone to have a go at bell ringing. I hope their recruitment drive was a success. 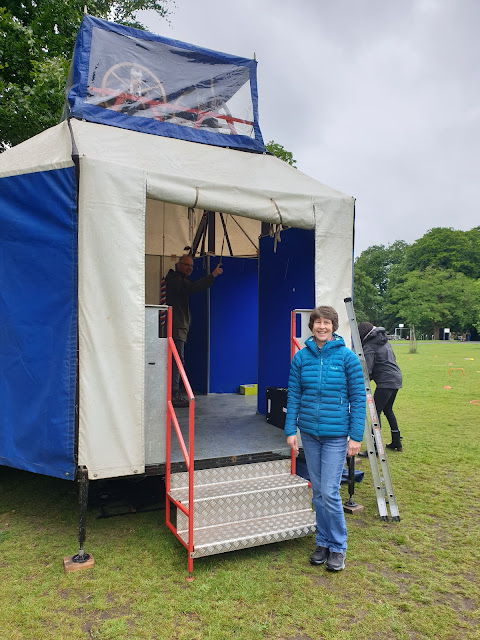 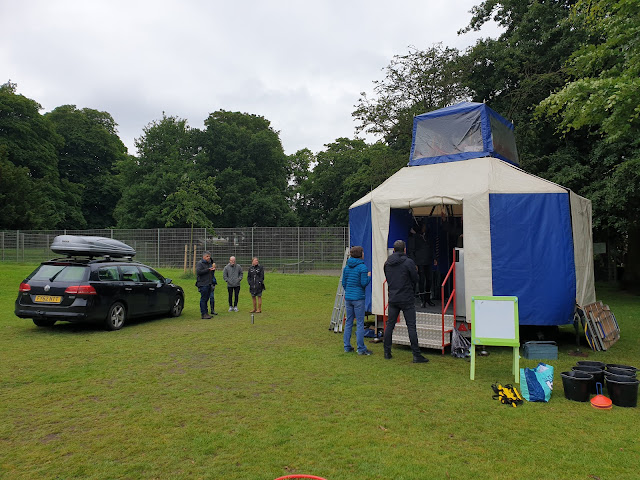 All this had me reaching out to try to discover what I was doing on the Silver Anniversary in June 1977. It seems that I only took a couple of hundred photos that year, of which just one was taken on the relevant day. 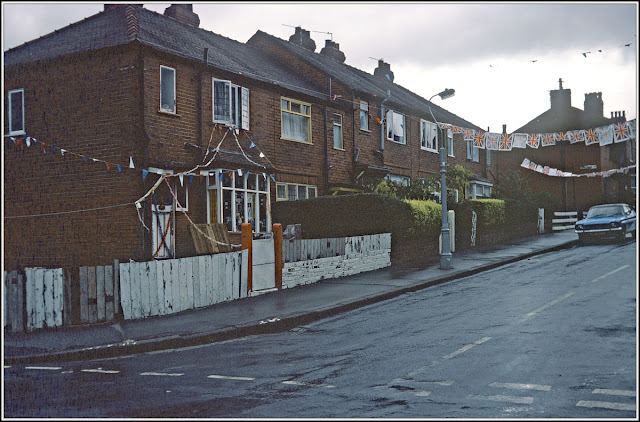 In that picture my car is parked outside the first house that I owned - 40, Russet Road, Blackley, near Bernard Manning's place. The house had recently cost me £5,000, and due to high interest rates I needed lodgers in order to pay the mortgage. Isabel was the first, and she was succeeded by Sally. They will both receive a link to this posting.
I'd add some 2002 photos covering the Golden Jubilee, but that was shortly before the first digital photos, and I can't just now lay my hands on the pictures taken in that period. My diary records that the celebrations took place whilst Sue and I were walking with friends on the South West Coast Path.
Posted by Phreerunner at 21:06

Your record keeping is impressive. It is sad that so few photos were taken in the days of roll film, with all the faff of loading, fraught with possible error, snd then sending off to de processed etc., and being restricted to 24 or 36 shots.

I prefer to invent my own similes or metaphors but in this case I can't think of a better: Rick looks as though he has "been through a hedge backwards."

I can see you are both having lots of fun with Isabella - she looks to be a charmer.

Yes Conrad, I used to restrict myself to ten pictures a day, even on the most photogenic of trips, to cut down the cost of buying film and processing it.

Rick usually looks 'so dapper', but I think I agree with you regarding the Jubilee Look!

Isabella is indeed a charmer, and great fun to be with (at present).