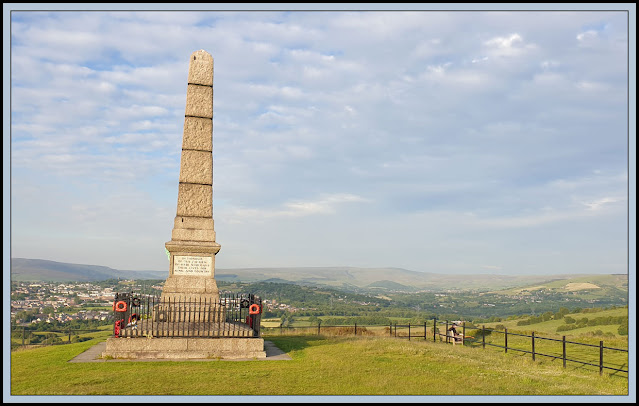 It was a pleasure last night to join a group of 24 folk from Stockport Walking and Outdoor Group (SWOG) for a short walk around Werneth Low.

We started from Booth's Well, on Wych Fold. An information plaque explains how this water trough originated in 1821 and was renovated as part of the millenium celebrations in 2000. 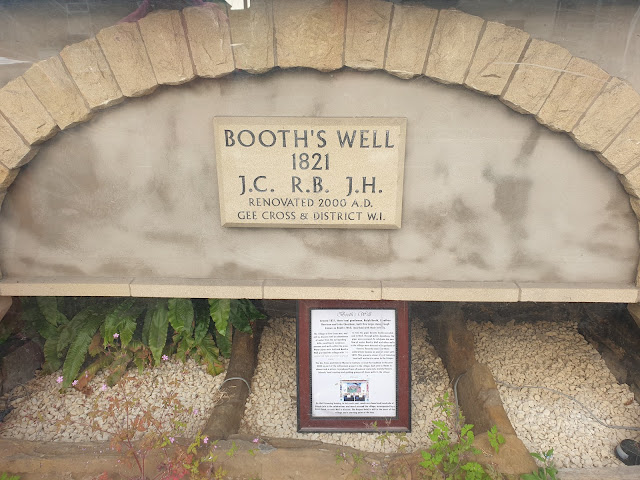 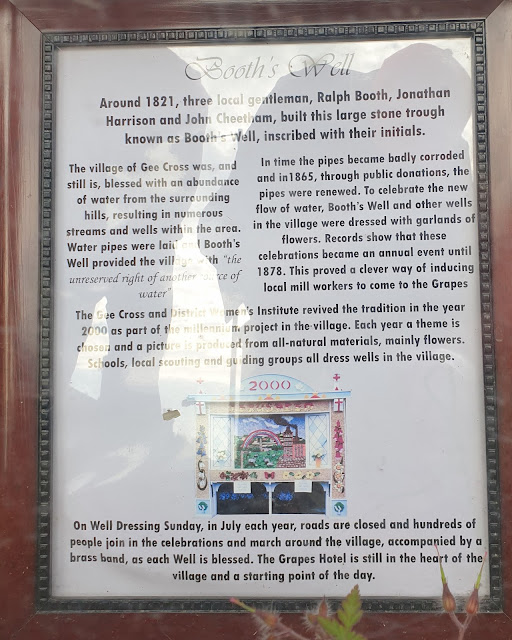 A short climb leads to the war memorial, in a splendid position with panoramic views to Manchester and the South Pennines, as well as to the nearby towns on the edge of the Peak District, and indeed - deep into the Peak District. 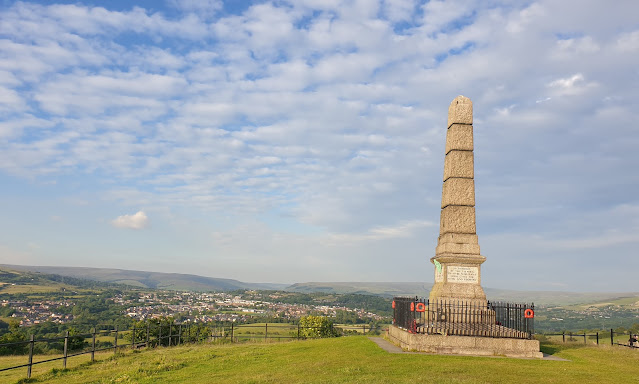 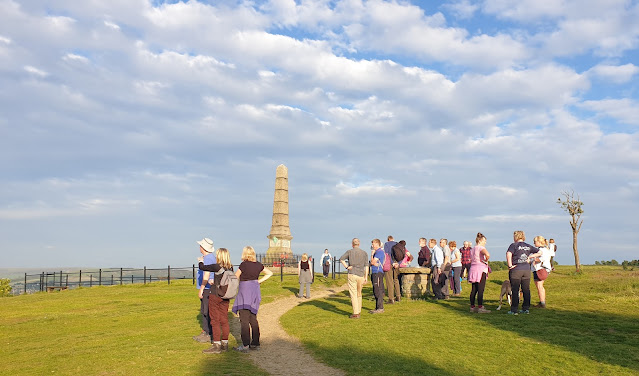 After a while, we wandered off along the Tameside Trail path towards Idle Hill. 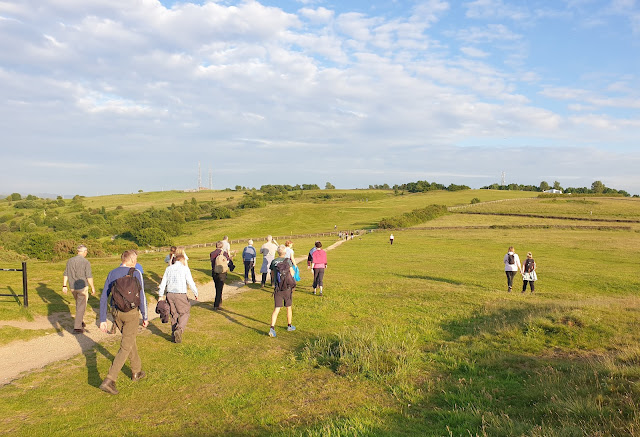 Turning right along the route of the Cown Edge Way path, we crossed some well mown fairways of Werneth Low Golf Club before doubling back towards the memorial, beyond which the towns of north Manchester and the hills of the South Pennines lingered in the haze of the summery weather.

Turning south west, our path then led past the Hare and Hounds pub, overlooking a view to Manchester's skyscrapers and doing a roaring trade in the fine weather, before taking pleasant paths down to West Park. 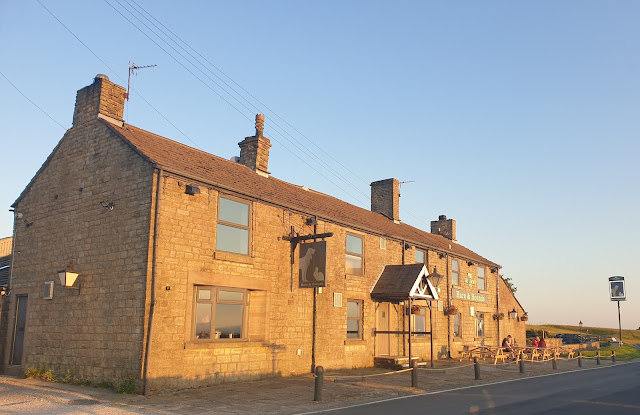 The posh folk of Gee Cross apparently select West Park as their road of choice. They certainly get a good view of the sunset at this time of year. 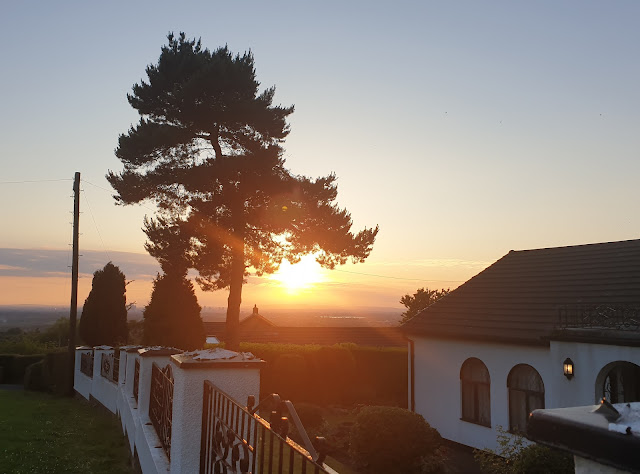 We were back outside the Grapes by 9:15, after this lovely walk, led as usual by Les, who just about managed to keep everyone in order. Thanks, Les.
Here's the route - I made it a little over 6km, with 175 metres ascent. 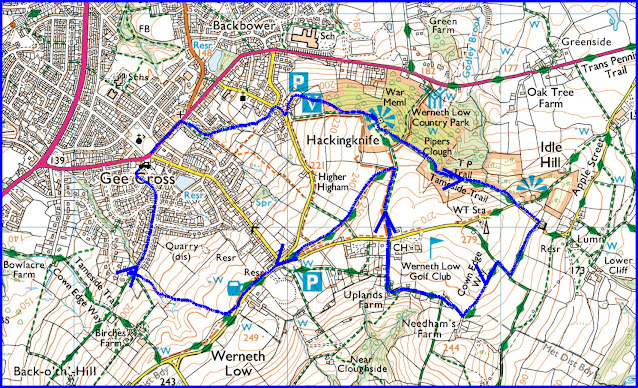 We've done a similar walk before with SWOG - on 3 July 2019, and 'Werneth Low' has been visited on other occasions as well.
Posted by Phreerunner at 09:19

That monument appears to be leaning to the right and I don't think it is down to the hand-held camera?

I think it's an optical illusion, Conrad, not so evident on the pictures lower down in the posting. Or maybe in a rush I just failed to straighten the horizon. I'm hurrying over some of these current postings whilst trying to 'process' 2005 pictures (and onwards) and scanning 1977 slides, and sorting garden, family, transport, etc, etc....
I plan to visit you soon (even!).