A Sizzler and a parkrun

Thursday evening: Sizzler 2, and after our excellent meal at the Old Smithy in Eccleshall, Sue and I had an easy M6 journey home, then a bike ride to Wythenshawe, where 426 runners gathered for the second of this year's Sizzler races. Sue managed 24:42 for the 5km course, one second slower than her time in the first of the series two weeks ago. My time was 26:08, much slower than my previous 24:56 effort.

Full results are here.
Then Fechin, in his usual inimitable manner, awarded the prizes (lots of dosh) and berated those who had not achieved personal bests! 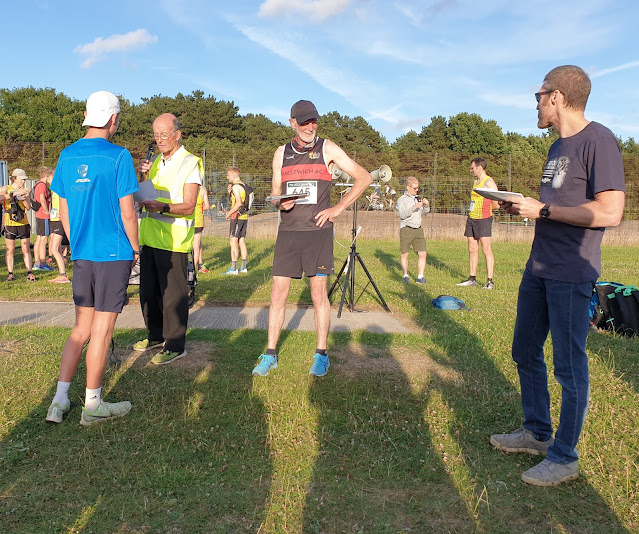 Sue and I were just happy to take part (and although I started last, I did manage to pass 58 of the 425 people ahead of me!). 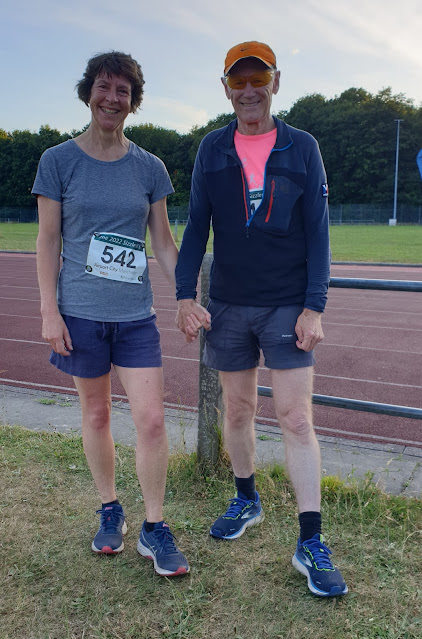 Saturday found us back at Wythenshawe, for the 482nd parkrun at that venue. A very jolly morning that is a social event as much as a run.
I took, as usual, a few snaps before the start... 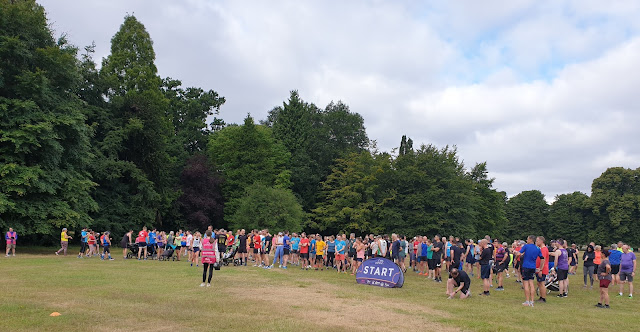 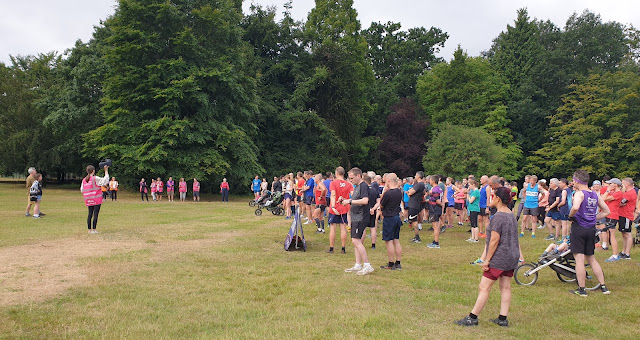 301 people took part, at 'parkrun pace' as opposed to the much faster 'Sizzler pace'.
Sue jogged with Cary, in a fairly modest time, finishing full of beans in 27:36... second in her age category. 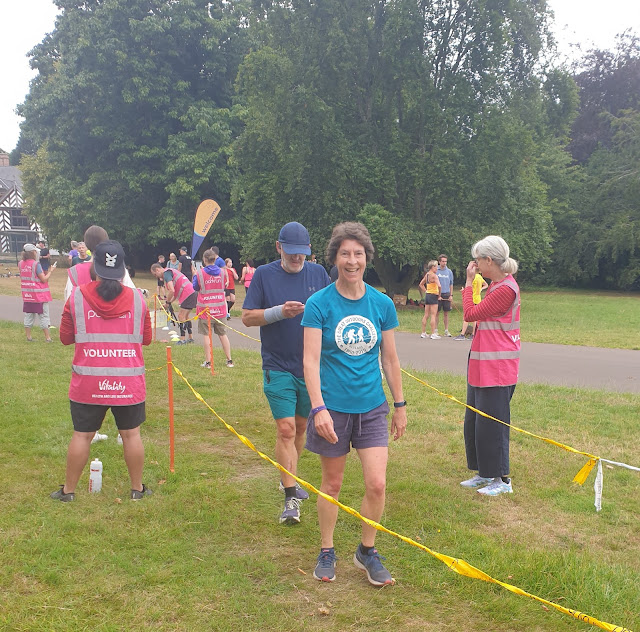 I'd decided to try to keep up with Alastair, and I succeeded up to 3km, when he went ahead. However he did drag me to a reasonable time of 24:35, equalling the best I've managed this year.
Full results are here.
Meanwhile, Jenny went for a walk with Ruby, who appeared to have had a rather muddy adventure.
Coffees outside the riding school (who kindly provided a hose for Ruby), and much swapping of adventure (and other) stories of the week! 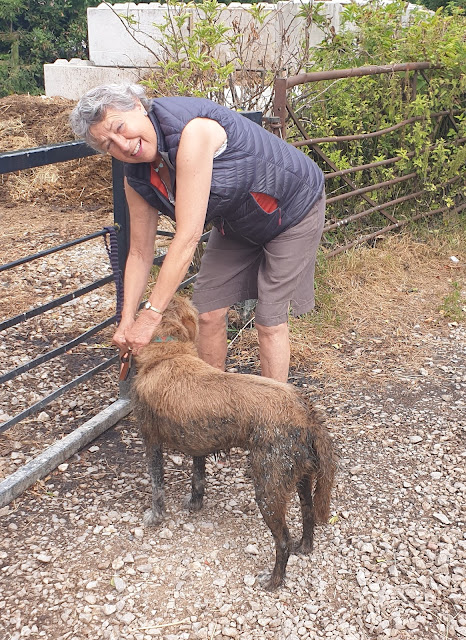 Still keeping fit I see. I spent a pleasant time yesterday perusing your excellent blog and am enjoying same today sitting in the garden. I do wish I’d been as
disciplined at keeping my blog up to date!

Hi Gibson
Yes, thanks for your comment, we are trying to stay fit. I've entered the Loch Ness Marathon on 2 October.
My mother likes to see a diary entry every day if possible, hence the regular postings. It's one of very few ways that she can keep up to date with what some famiiy members are up to, and like many of the (few) readers, she really enjoys the 'Isabella' entries. So I just keep going the best I can by way of an on-line diary..