Wythenshawe parkrun #500, some Crazy Golf, and a Community Run 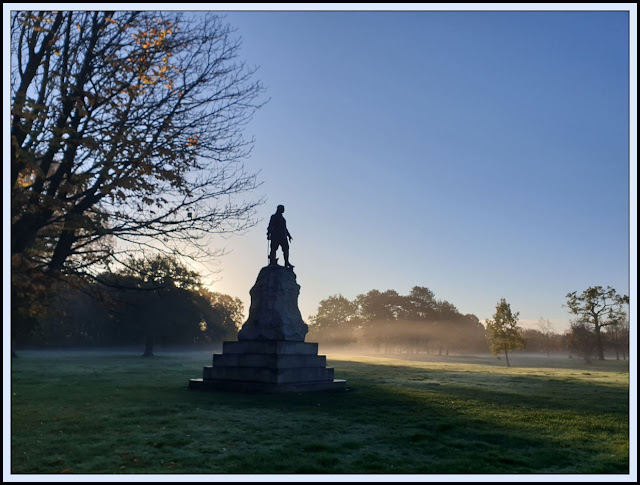 November mist lingered in Wythenshawe Park whilst 356 runners and walkers, and 31 volunteers, assembled for the 500th edition of this popular parkrun.

The hall, overlooked by Oliver Cromwell, gleamed in the strong sunlight. 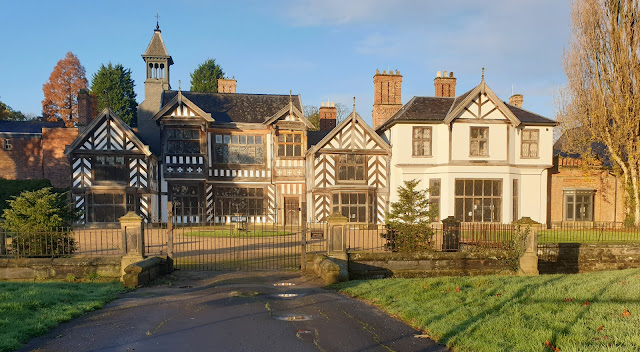 Volunteers and early arrivals gathered beside the boggy area next to a big tree. 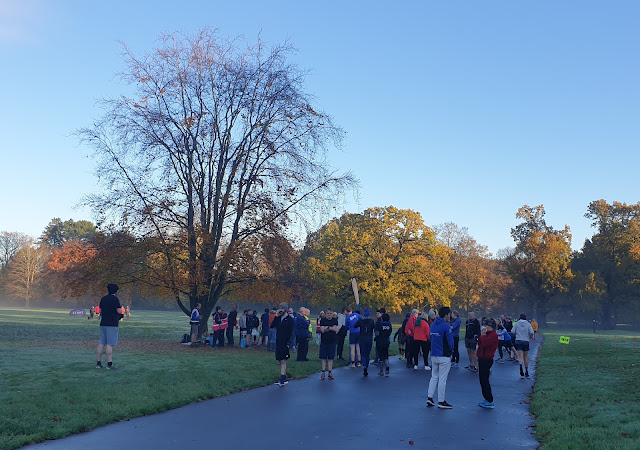 A few folk could be seen warming up, but despite the coolish morning, the lack of wind made it feel quite warm.

A display in appreciation of the dozen or so Run Directors since the event started on 6 August 2011 was admired by all. Their time commitment is huge, and is really much appreciated by all participants. 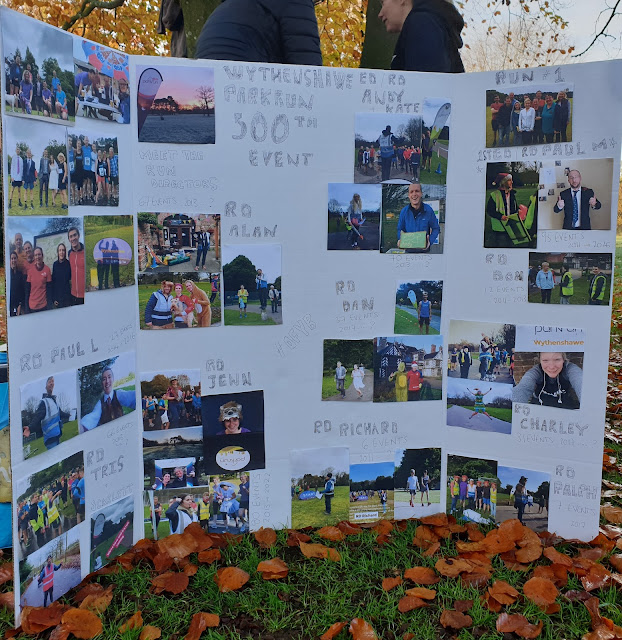 Click on the image for a readable version
After the usual 'First Timers' Briefing', we made our way to the start.

Some of those who took part in the first run were required to take a bow.

Then it was time to go. 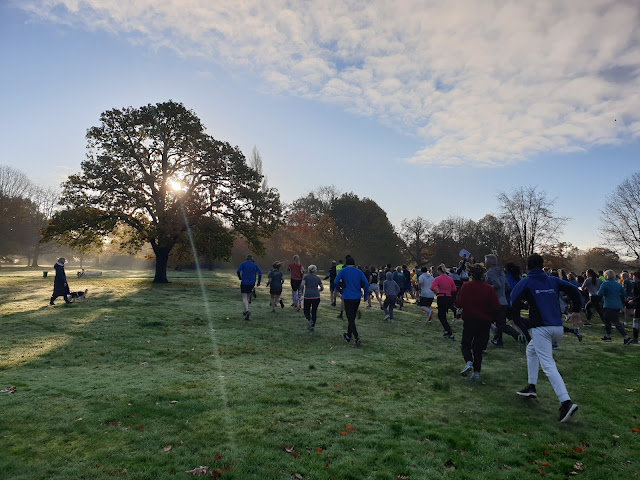 I was not on the inaugural run - my first parkrun was at Oldham on 8 October 2011, my first at Wythenshawe was on 3 December 2011 (event number 18). Today's was my 300th parkrun. On hearing this Mike Dunne, flanked by Michelle and Vicky, insisted on a photo. This was Mike's 405th parkrun outing - a true parkrun veteran who I've got to know well as we are exactly the same age, and run at a very similar pace. 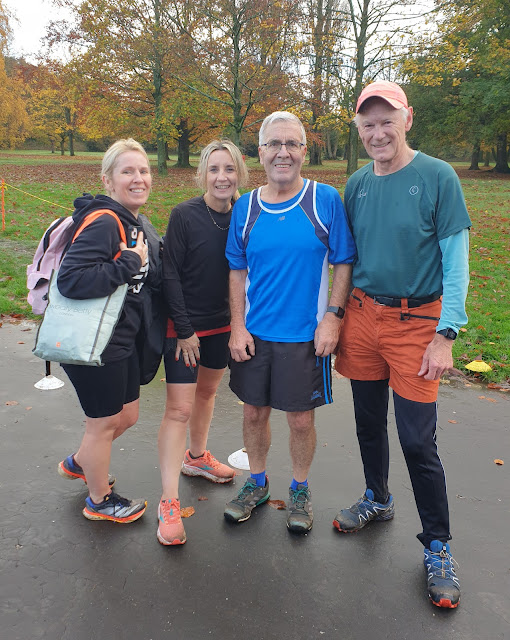 Coffee in the courtyard followed, with a marathon bar code token sorting session that wasn't helped by the level of incompetence shown by some who should know better! (They are hiding in the background below - I would never accuse Tris or Alan of incompetence!) 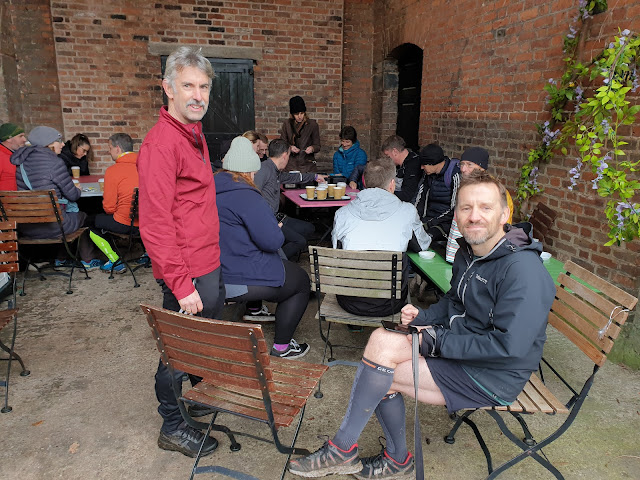 Full results are here. As commonly occurs, Sue was first home in her age group, a long way ahead of me.
Then Sue and I shot off to Bacup for an afternoon with Kate and the grandchildren. We enjoyed a round of crazy golf, before which Jessica used her skills as a wizard to shrink Grandma. 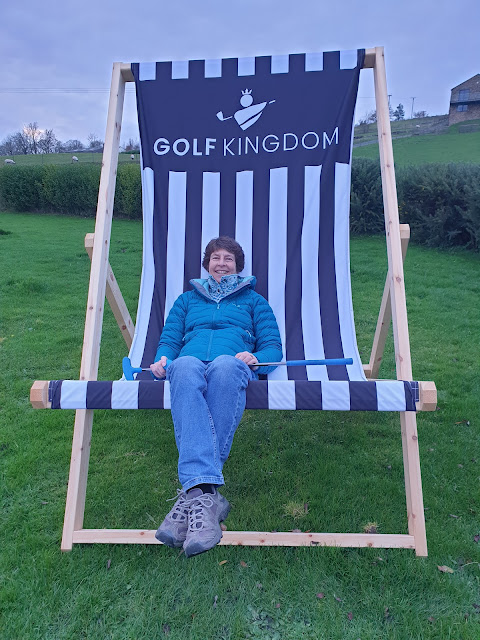 The next three pictures show us on the course. Great fun, despite lots of cheating. 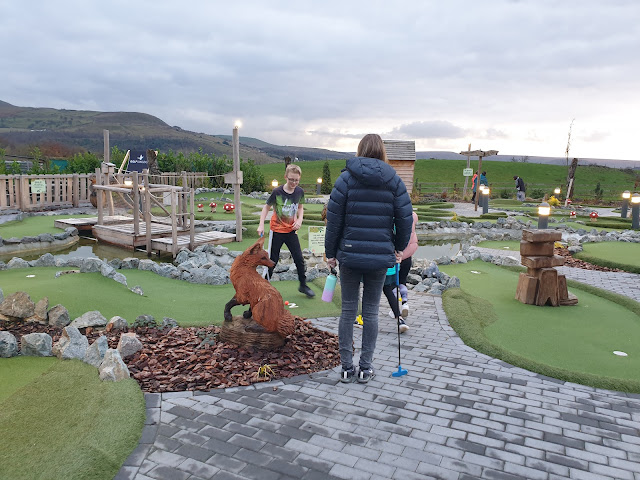 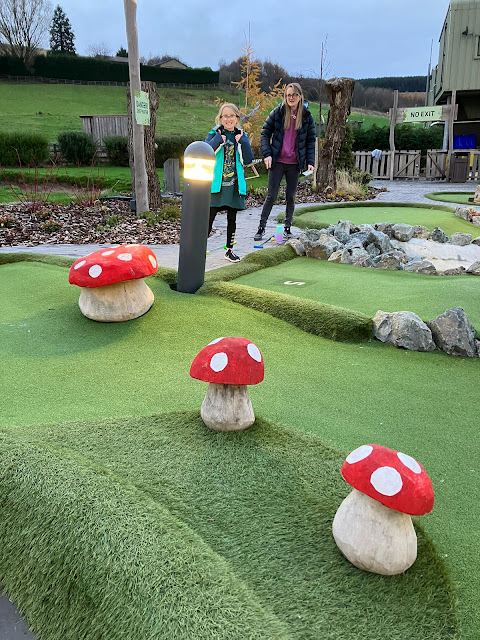 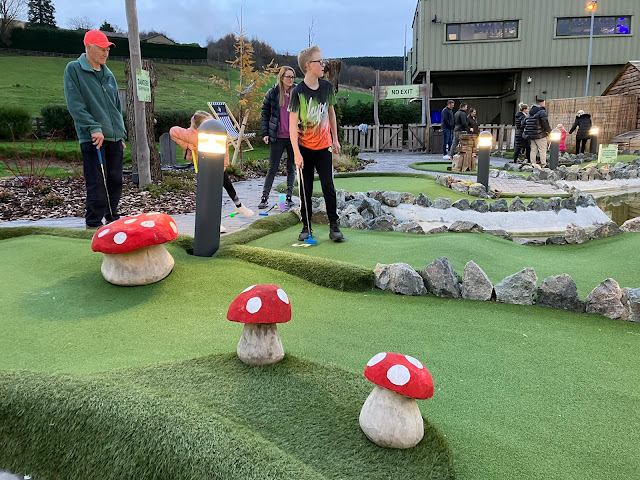 Then on Sunday I was back in Wythenshawe Park, volunteering in the woods near the naughty underpants tree. I'm supposed to protect little ones on the 2 km run from any monsters that might leap out from the trees! 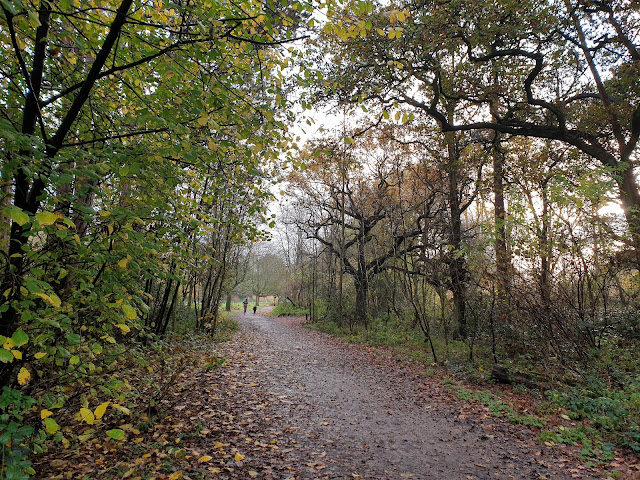 After the little ones are all safely through I move to a corner where there's just a remote chance of runners failing to find their way. A couple of clicks on the camera record this mundane parkland scene. 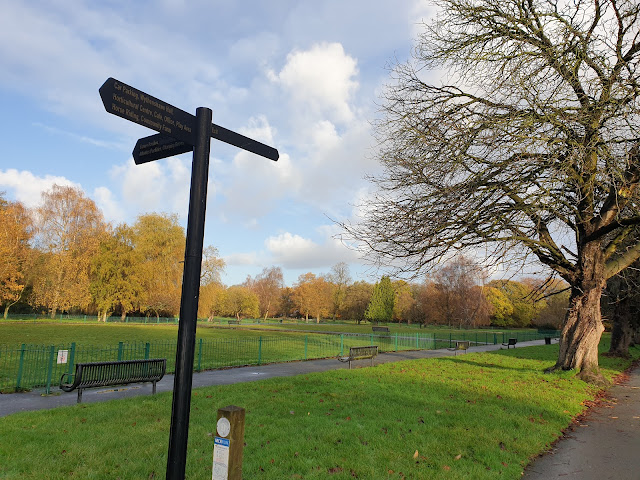 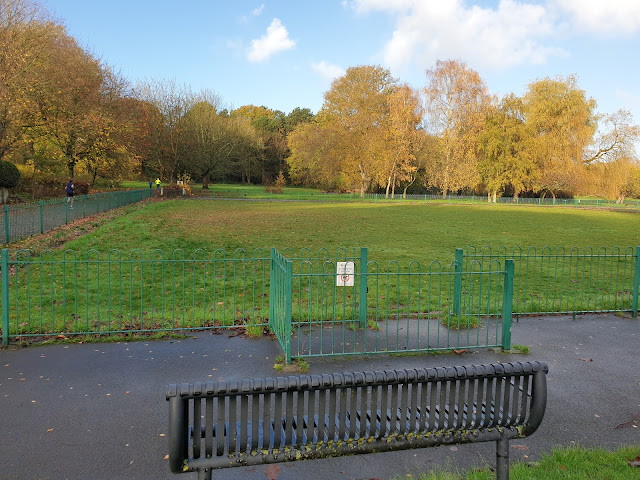 The weekend concluded most amenably with a visit from Al and Hazel for dinner and Rummikub, with Sue concocting a delicate and tasty tomato, mozarella and basil starter. 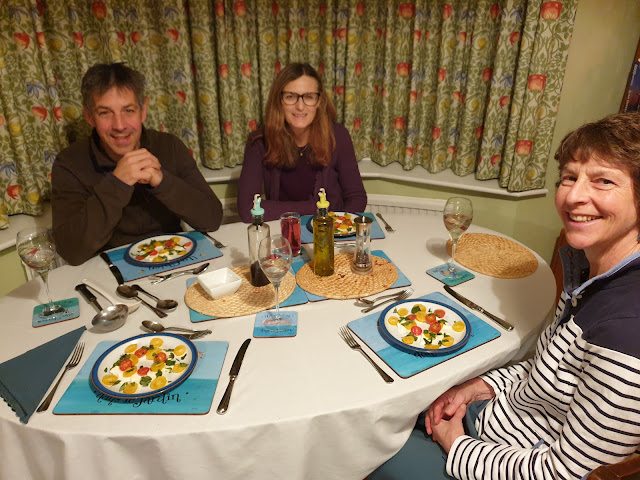 The main course must have been a success, as our visitors left with the recipe (a slow cook version of beef stroganoff).
Posted by Phreerunner at 14:38