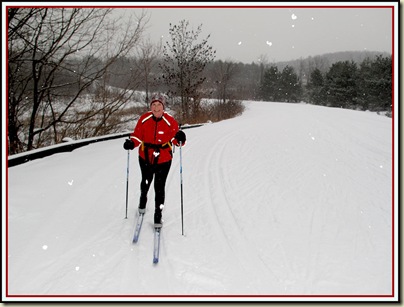 Sue and I are very familiar with the ‘Meals on Wheels’ concept as we frequently entertain our friends at their houses, so that the children can have normal bedtimes (and perhaps not cause chaos in our own small house!).

I suspect that Tim’s motives were different.  Perhaps it was a reluctance to expose his bachelor pad kitchen to ‘outsiders’.  Anyway, “Would you like me to cook dinner for you and Ken, and Martin, and Sophie.  I do a nice Boeuf Bourguignonne” was his opening gambit to Helen.  Whilst her brain was still processing this unexpected offer, Tim extended it by adding “can I bring it round to your place, where the ambience is much better.”

“Tim doesn’t want to clean his kitchen” observed Helen (or was that me?) after the generous offer – who could refuse it, as Tim is renowned for this dish – had been accepted.

That was earlier in the week, and today was the appointed day for Tim’s ‘Meals on Wheels’ service.

Delicious it was, too.  Thank you, Tim. 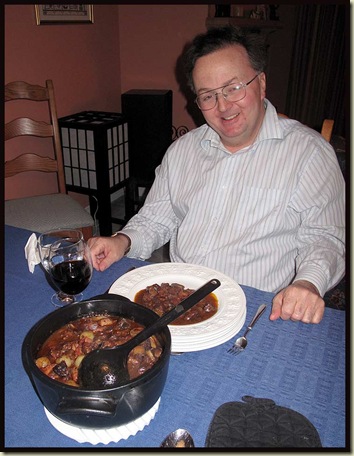 Helen wasn’t completely upstaged, as can be seen… 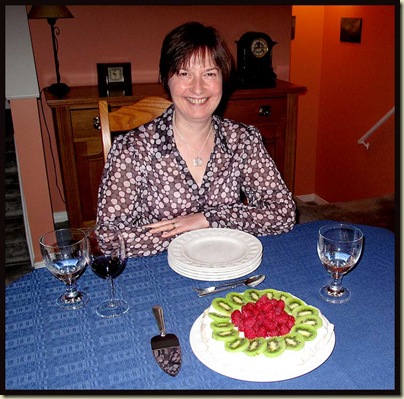 Earlier in the day, Helen and I had enjoyed a short ski from P8 to P9 and back.  It started sunny, but by the half way point, pictured at the head of this posting, snow flurries were depositing a bit more much needed snow.

Tim Horton (for those readers in the UK - this is a different Tim to ‘Meals on Wheels’ Tim) provided lunch, then Helen went to a ‘Visitation’.

The mother of one of H’s work colleagues sadly died earlier in the week. In these parts they have a different system to the one in the UK.  It is accepted practice to embalm the body and put it on display in a large room on the undertaker’s premises.  The undertaker rents out numerous such rooms.  For one day the family are in attendance in this room to greet those who wish to mourn the family’s loss.  That’s commonly done within a couple of two hour slots - ‘Visitations’ - during which relatives and friends come to pay their respects (and view the embalmed body in its best suit of clothes).

The funeral normally takes place – by burial or cremation (yes, it seems a lot of effort to embalm a body, only for it to be cremated a couple of days later!) – on the  following day.  It is attended mainly by family and close friends, but many of those going to one or other of the Visitations will not attend the funeral, where lengthy eulogies may be expected.