Helen and I entertained ourselves today by visiting this museum.  It’s only a couple of miles away but this was H’s first visit, apart from social functions held in the basement amongst an array of tanks and armoured vehicles.

The museum traces activities on Canadian battlegrounds up to 1885 –’First Peoples’ Warfare; New Alliances; Clash of Empires; The Battle for Canada; The American Revolution; The War of 1812; and Conflict and Confederation.  Then it moves on to conflicts on ‘foreign soil’ in which Canada, as part of the British Commonwealth, was involved.  There are sections covering the Boer War, WW1 and WW2, with particular emphasis on areas of significant Canadian involvement, such as Vimy.

Then there’s a large section covering The Cold War, Korea, NATO, etc, up to the present time.

It was very difficult to take it all in in a morning, but the exhibits were well presented, with lots of places to rest and watch short informative videos.

This ship’s wheel, from HMCS Rainbow, was huge and magnificent. 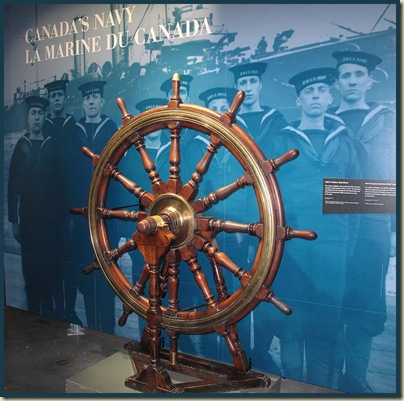 Primitive forms of communication used in WW1 were documented. 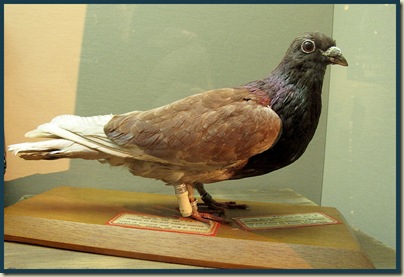 A magnificent armour plated Mercedes Benz used by Hitler at parades in the 1930’s had somehow found its way to Ottawa. 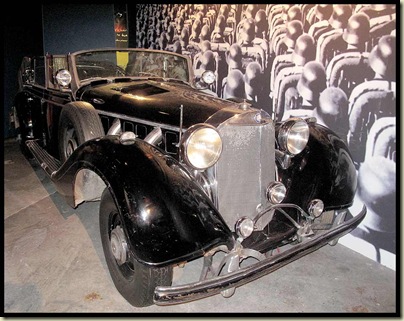 Beyond the main galleries is the ‘Regeneration Hall’, where you stand on a high balcony and look across to narrow windows in the ‘fin’ of the War Museum building, to the Peace Tower beyond, high above the centre of Ottawa.  On the floor of the hall is the Statue of Hope, one of twenty plaster sculptures made by Walter Allward around 1925-30 as part of his design for the Vimy Memorial in France. 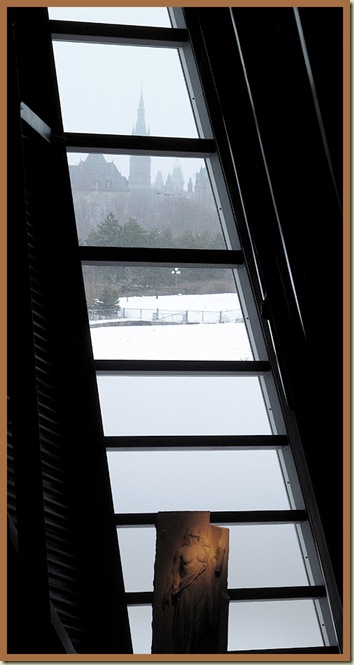 Seventeen of the twenty evocative plaster sculptures are housed in this hall.  Here are some more. 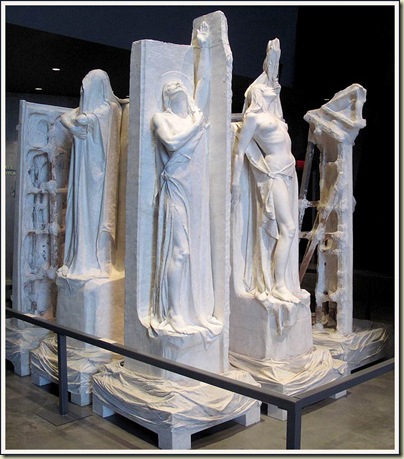 Before leaving, we popped into the current ‘exhibition’.  It was on ‘Camouflage’, and apart from lots of military sorts of exhibits (like a bikini that looked as if it had been dragged off Ursula Andress on a James Bond set) there were some really rather amusing items such as the one below. 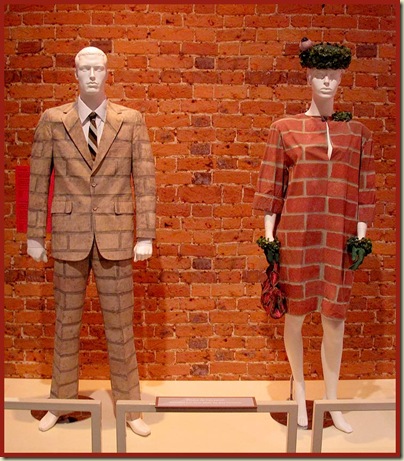 And believe it or not ‘Where’s Waldo’ had a special place on a coffee table in the exhibition room (yes, the museum is child friendly throughout), so this one is for you, JJ, to try to find Waldo (or should that be ‘Wally’?). 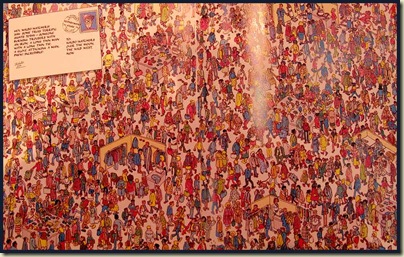 I think you may have to magnify your screen, JJ.

The museum looks fascinating - but I'm afraid I couldn't spot Willie, Waldo or Martin on the last picture!