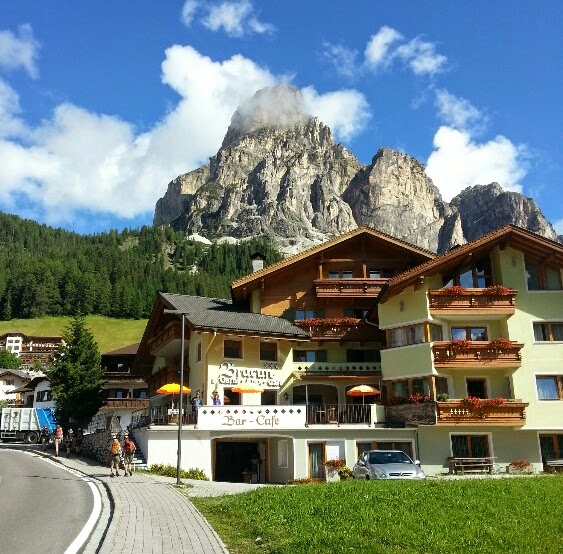 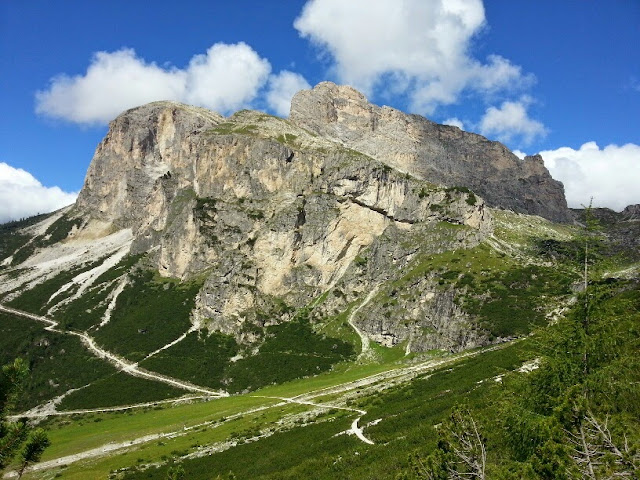 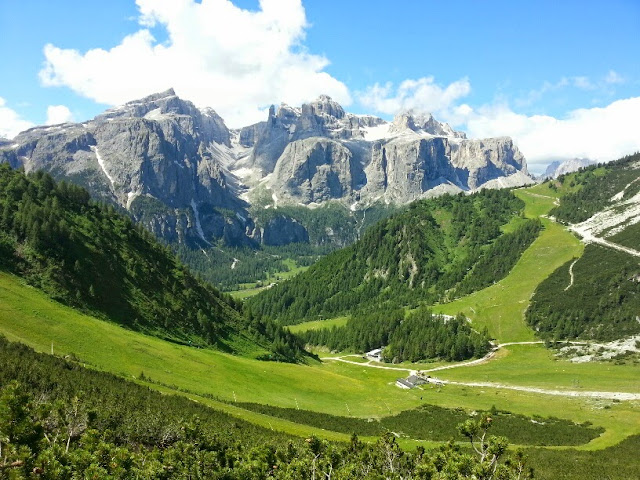 The elite group for Sassongher was down to eight - me, Sue, Susan, Roy, Mick, Gayle and two Mikes. Six heroes - Alan, Chris, Jacqui, Ken, Gary and Jenny - went up the Piz da Lech via ferrata and arrived back before us. Andrew, Helen, Karen, Bob and Margaret preserved their energy on less sapping activities.

It was a lovely day as you can see from the pictures. Sue failed to extend her orchid spotting, but added Starry Saxifrage to yesterday's Birdsnest and Coralroot Orchids.

The wires near the summit were easily dealt with after our ascent through the woods from Corvara, and after 15km and 1200 metres ascent we were happily back in Pedraces (now known as Badia).

I could invent lots of incidents, or even recall them if my memory was better,  but it isn't. Perhaps in due course more photos will tell the story of this classic day in the Dolomites. (They now do - see link below - Martin, 28/12/14.)

Here's a slideshow for the day - 60 images
Next Day
Back to Index
Posted by Phreerunner at 21:27