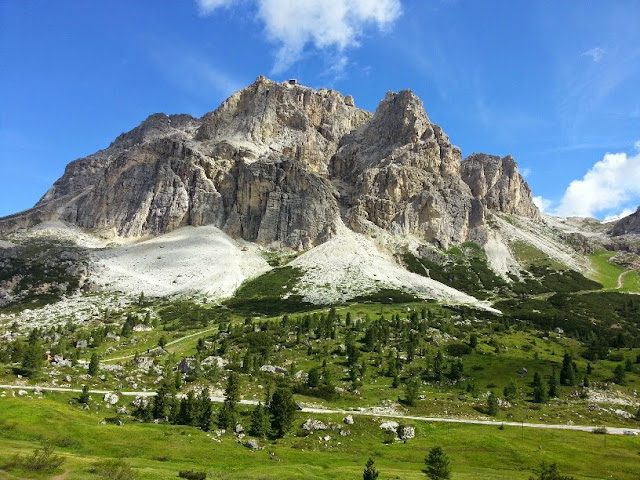 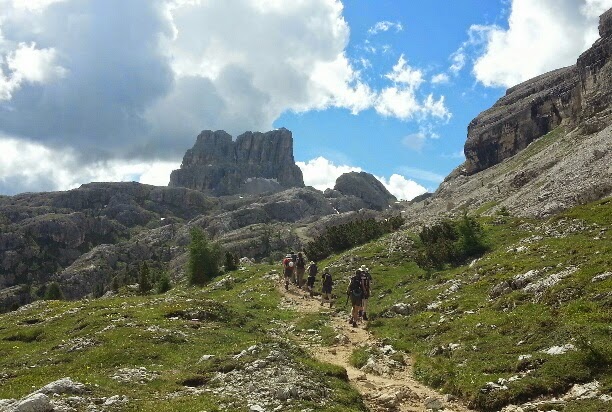 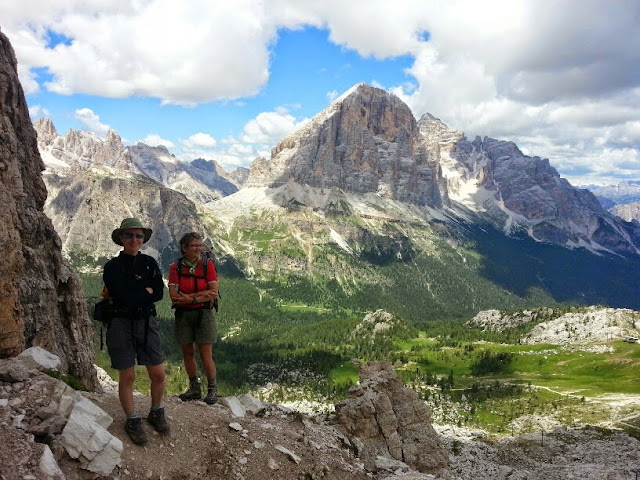 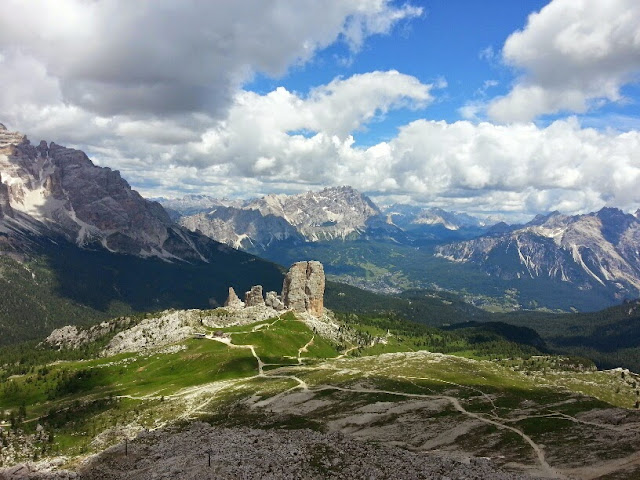 Again, due to time constraints I'll let the pictures do most of the talking.

Eleven of us - me, Sue, Susan, Roy, Ken, Alan, Chris, Mick, Gayle, Jacqui and Jenny - headed up to Rifugio Averau on a lovely day. After refreshments at the 'hut', we managed to conjure up nine Via Ferrata kits for an ascent of Mount Averau. Gayle and I were content to miss out and head up to Nuvolau instead. We watched from there, outside the oldest mountain hut in the Dolomites, as the others summited Averau, before descending and ascending to the start/finish of the Via Ferrata after a leisurely lunch.

We regrouped at the end of the Averau VF before heading back to Rifugio Averau for a third time for Gayle and me. Nuvolau was then chosen as the next objective. I was more than happy to revisit the summit, and content to assure Gayle that she could mark the occasion as a second ascent.

More refreshments served by a grumpy waitress (they all seemed grumpy today, perhaps suffering from an excess of school children), were followed by the Nuvolau Via Ferrata, for which some of us used our VF kits. It was Gayle's first go at this activity, and she quickly followed Mick's lead by asserting it was "Quite Good Fun".

Some found the walk back to Rifugio Averau rather less fun, but Sue found a Frog Orchid, and a few gulps of beer later we were sufficiently revived to be able to head briskly back to Falzarego, and all but Mick and Gayle (staying in Colin), and Jacqui (tired) made it down to the Badia Pub by 7.30 to celebrate my official birthday.

The sixteen of us had a great evening, but I now find myself unaccountably tired.

Here's a slideshow for the day (67 images)
Next Day
Back to Index
Posted by Phreerunner at 22:22