Thursday 15 September 2016 – A Circuit from Great Hucklow with SWOG 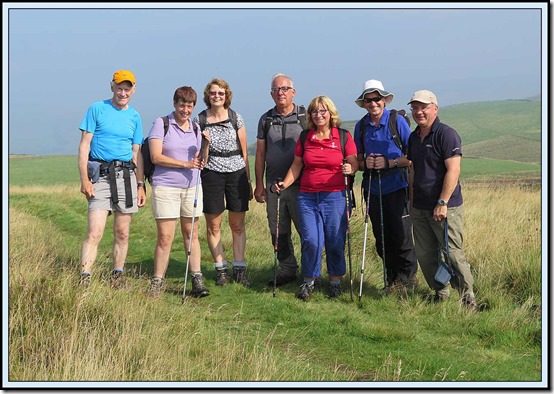 This, believe it or not, was my first daytime walk with Stockport Walking and Outdoor Group (SWOG). The continuing brilliant weather drew me into the Peak District after being encouraged by Nigel and Chris during the previous night’s presentation of ‘Images of Snowdonia’ by Martin Block at Hazel Grove Civic Centre. (These Wednesday evening sessions are excellent – do feel free to attend – 8 pm – cost is just £1.)

The seven of us pictured above on Abney Moor met at Great Hucklow on another hot, sweaty, September morning. From L to R – Martin, Tracy, Alison, Chris, Sue, Pete and leader for the day Nigel.

We wandered up to Hucklow Edge through pleasantly shady woodland, at the entrance to which is this highly informative sign about a complex lead mining area. (Click on the image to enlarge it.) 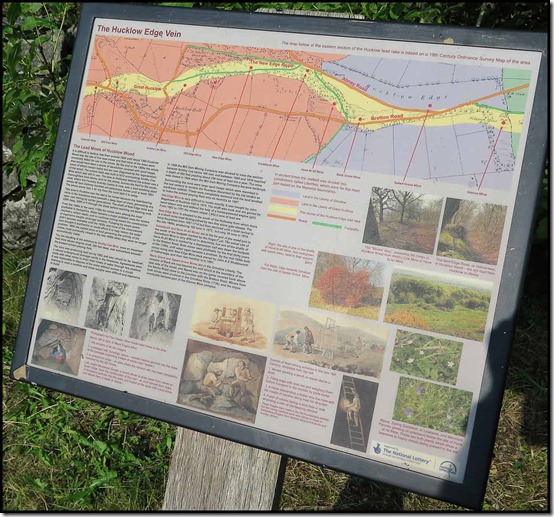 The area is now mainly agricultural, but the village was formerly a centre of the Derbyshire lead mining industry. The lead vein or rake outcrops to the surface to the west of the village and dives under the rocks of Hucklow Edge on the western side of the village where an adit, known as Milldam Mine, has recently been reopened by Glebe Mines Ltd and connects the various deep mines that had formerly been dug along the edge. This mine is being worked for fluorspar, which is frequently found associated with lead in the vein.

It was relatively cool under the cover of the trees. 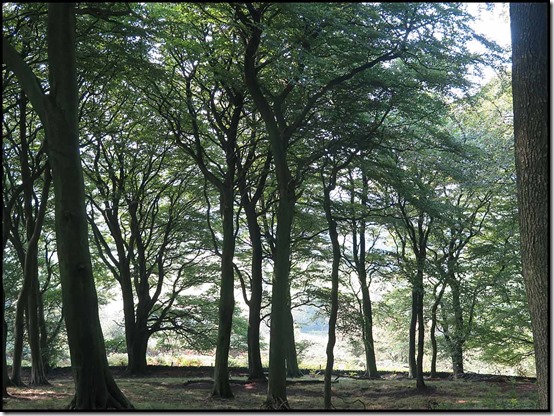 We joined a lane that offers access to the nearby gliding club where aircraft were being catapulted into the sky. The World Gliding Championships were held here in 1954, and on 9 August 2011 the UK's longest ever paraglider flight apparently began here, ending over 250 km away in Suffolk.

Currently the road is blocked by giant Lego bricks being used to repair a landslide. 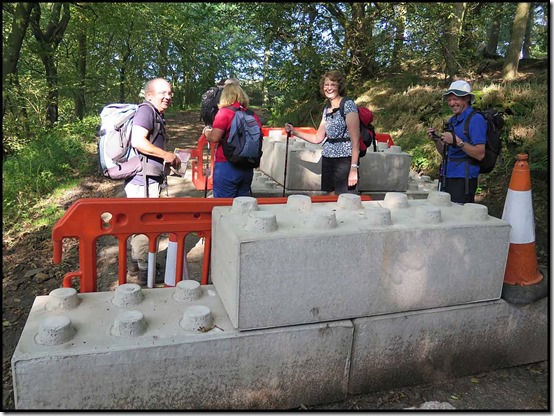 Chris established that they weren’t blocks of white chocolate, whilst Pete looked on, baffled by his mate’s extraordinary efforts to supplement his breakfast. 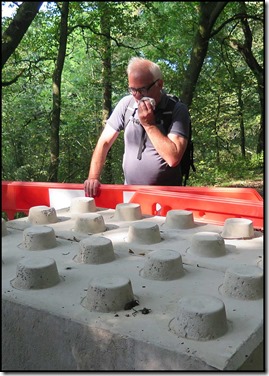 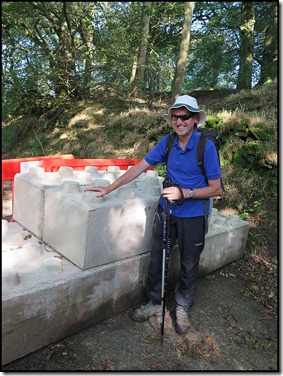 Somehow we found the energy to climb onto the plateau of Abney Moor, where a long break for self-timed photos and elevenses was much needed in the stifling heat. 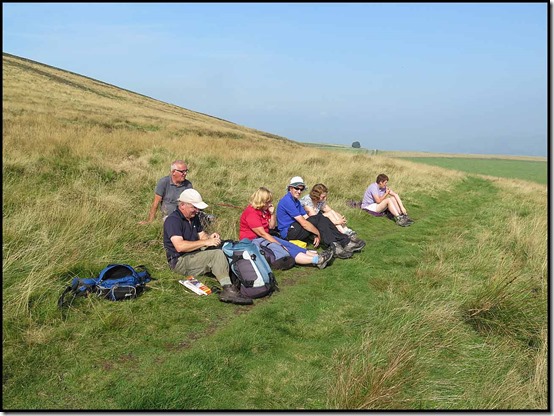 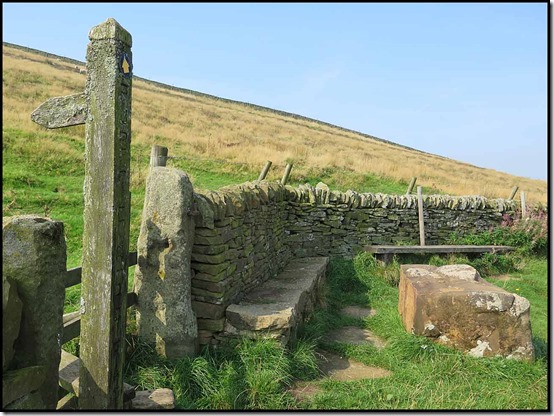 After the ‘I didn’t think of continuing to the bench’ debacle, Nigel led us on to a promontory overlooking Bradwell and the nearby massive quarry.

“I wonder where we are now?” he pondered, scrutinising his map with a magnifying glass. 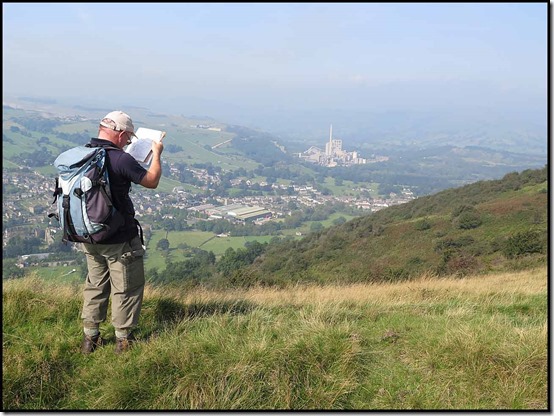 The answer was clear when everyone decided to turn around and re-join Sue and Alison, who had declined this part of the walk. “Rebellion Knoll.” (Check the map below!)

Soon we were back on a path towards Abney. 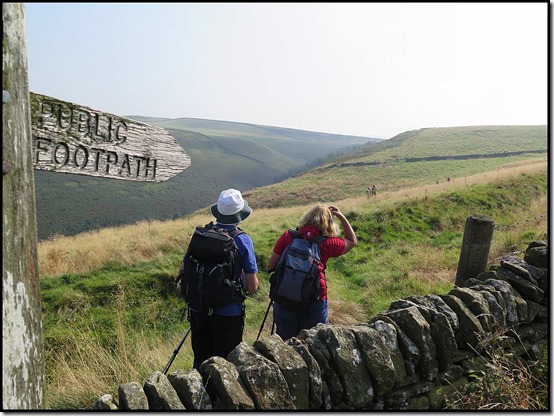 Not long afterwards we gained the shelter of woodland in Abney Clough, where Chris and Tracy found some welcome shade and demanded “lunch”. 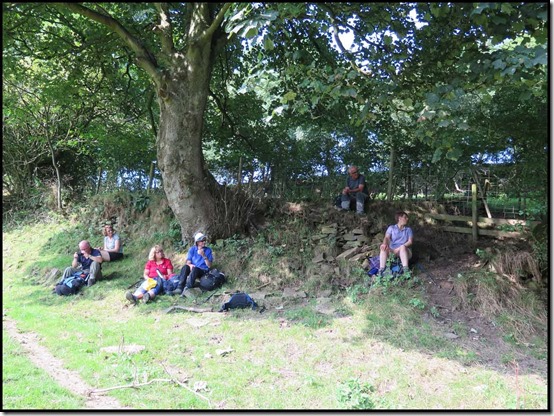 After a lengthy break, we stumbled on towards another section of woodland that we hoped would protect us from the burning sun and the mewing buzzards. 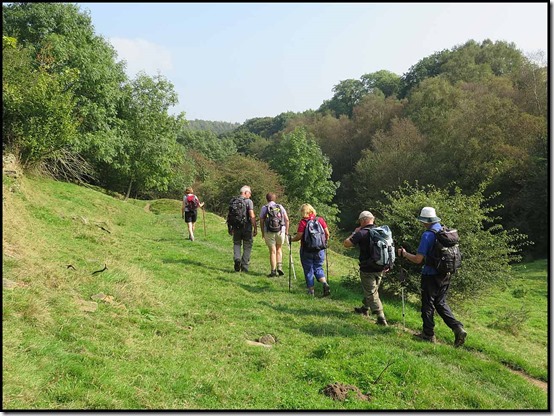 Taken just a few minutes later, the picture below gives the impression that the season has changed in a matter of minutes! 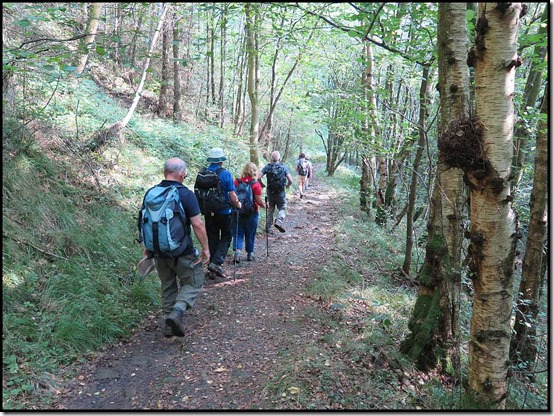 At the foot of Abney Clough there’s a complex path junction where we turned sharp right to ascend slowly up Bretton Clough in a desperate bid to return to Great Hucklow before anybody expired. 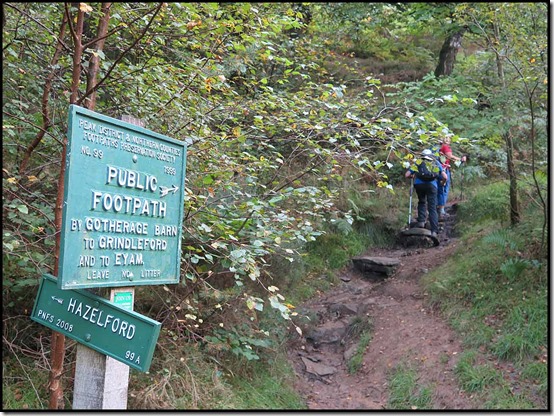 Near the top of the hill an enticing lawn-like area induced a break for … “afternoon tea, anyone?” 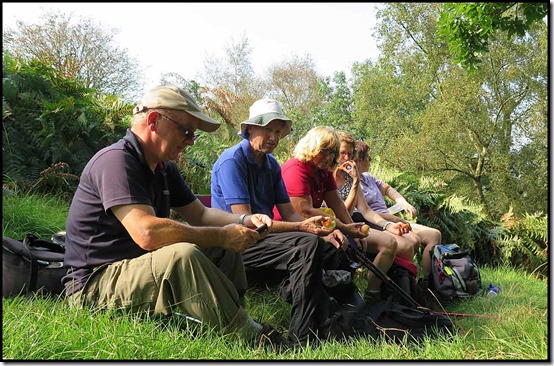 It may be September, but there are still quite a few flowers for the insects to enjoy. I’ve already photographed most of them this summer, so I left the thistles to themselves today, but I couldn’t resist this Meadow Crane’s-bill. 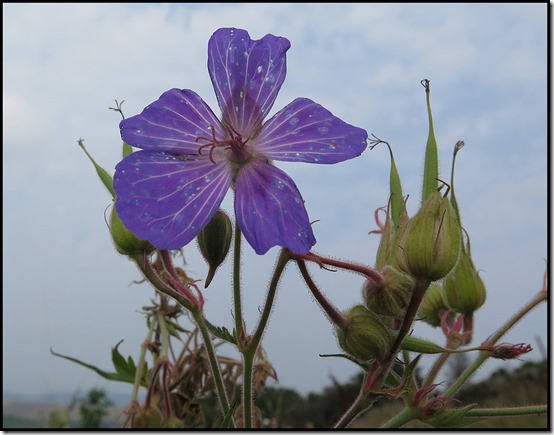 We emerged at an old stone building with a viewpoint over the escarpment. There’s an orientation point that suggests to visitors what they may be able to see. 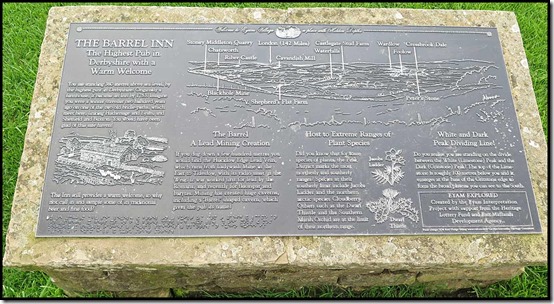 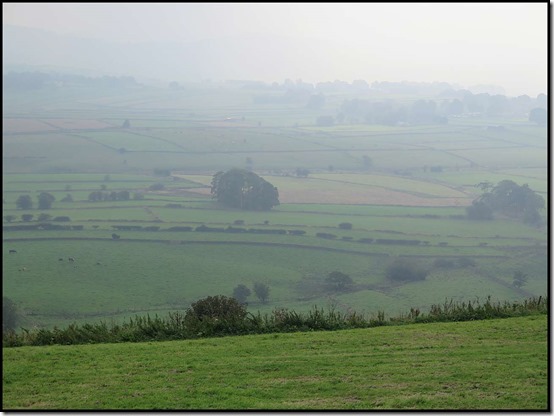 Hang on though, it’s only 2.55 pm! The pub closes at 3 pm. We rushed in, much to the dismay of the landlady who wanted to shut early. It was a fine place to rehydrate before tackling the (thankfully downhill) slope back to our starting point. 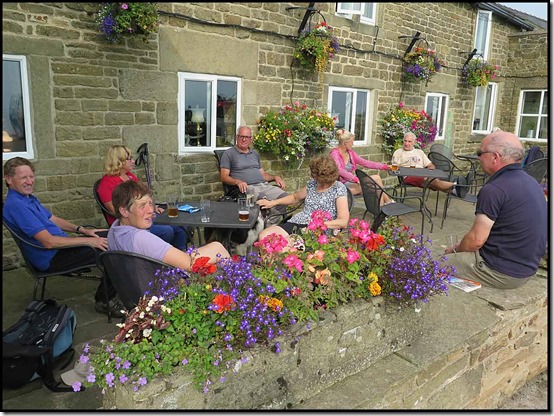 It took some persuasion to get everyone back onto their feet, but it didn’t take more than a few hours more to stumble down to Great Hucklow, where the welcoming sign looks as if someone has written something else then scribbled it out. 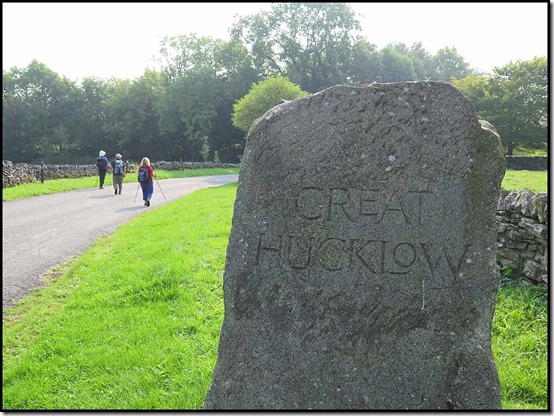 After five and a half hours in the heat of the Indian summer, we were all pretty exhausted after 13.5 km and 440 metres ascent. I felt at least as tired as I had done after the previous day’s rather longer stroll! 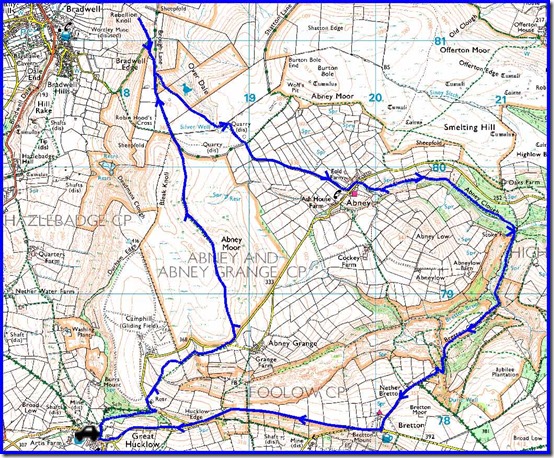 Thanks to Nigel for leading this excellent stroll, and apologies for any misinterpretations as to what actually happened, in the above ‘report’!