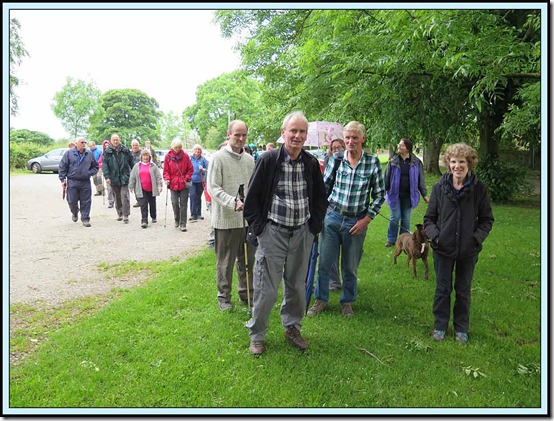 I don’t know how many people got left behind; there were certainly some in the Norfolk Arms afterwards, but I fear they were simply ‘crocked.

So 27 SWOG members set off very punctually on a gloomy evening brightened by some red and blue anoraks. 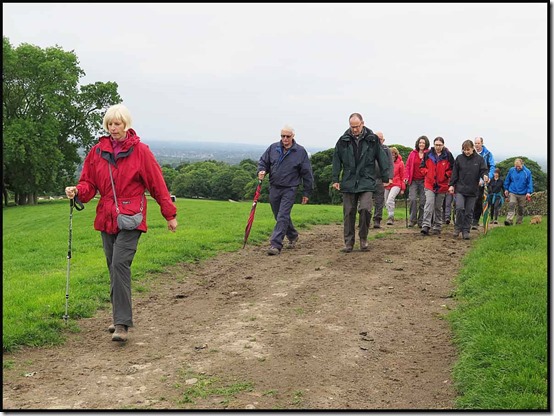 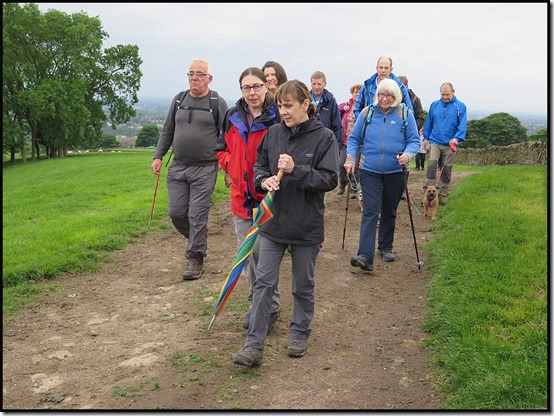 The walk was through scenic farmland on the edge of the Peak District. 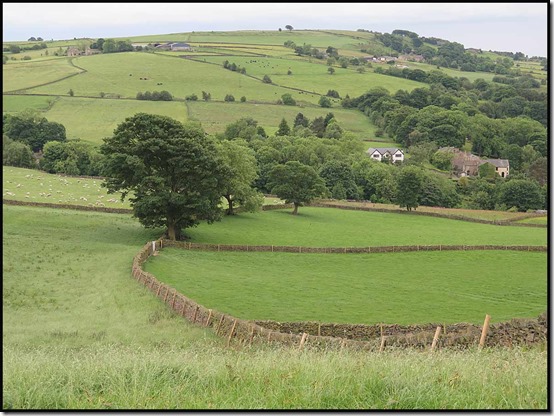 This semi collapsed building appears to be the subject of a major restoration project. (Mental note to take another picture in a year’s time.) 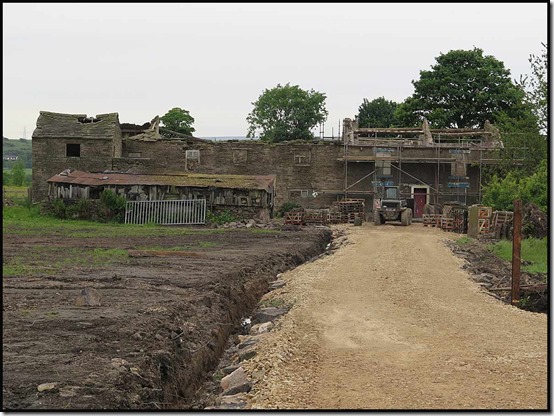 I wonder whether they will tarmac this track. 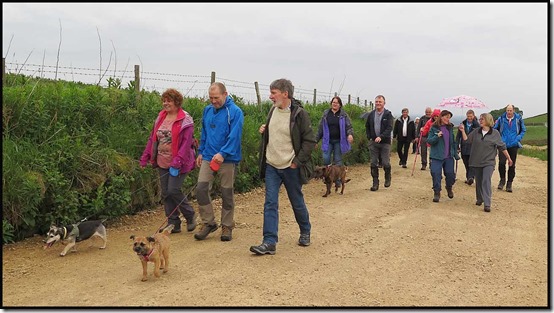 There were views to Kinder Scout, but these diminished as the drizzle arrived. 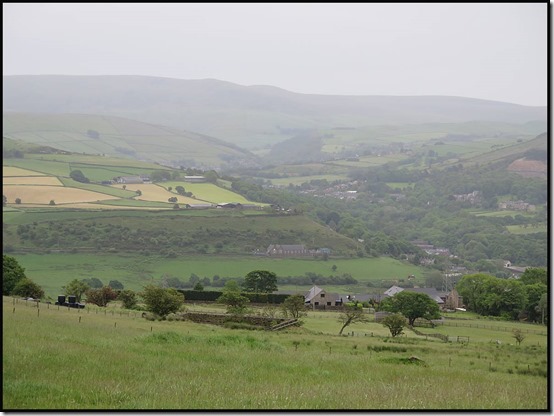 Not 9 pm, but the rain had arrived. Early. 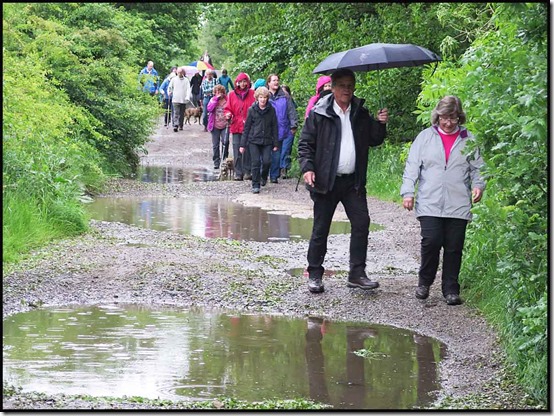 After a while, and after some gentle ascents, we arrived at a trig point on the 327 metre summit of Mellor Moor. This is an important top for Hill Baggers, being recorded as:

Don’t ask me to interpret that, but I have logged the visit of 27 SWOG members on the Hill Bagging website. 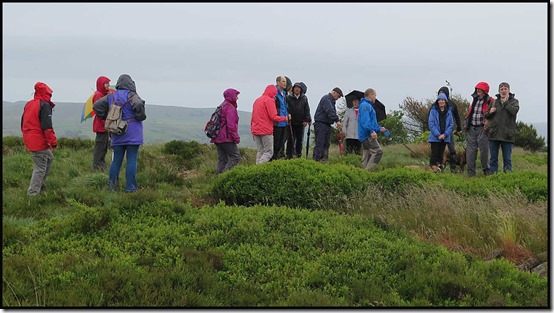 Can you spot the trig point in the above picture? It’s a bit harder to see than Mellor Cross, seen below from close to the trig point. 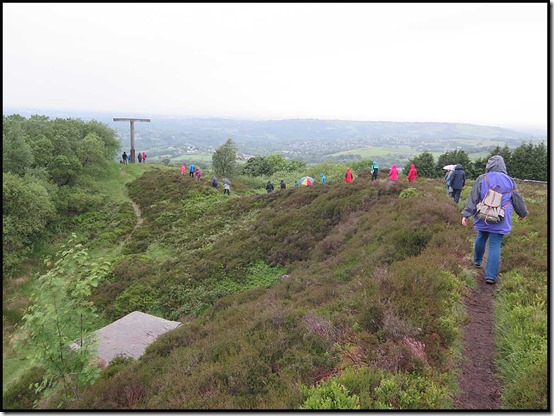 The wooden cross has a plaque: 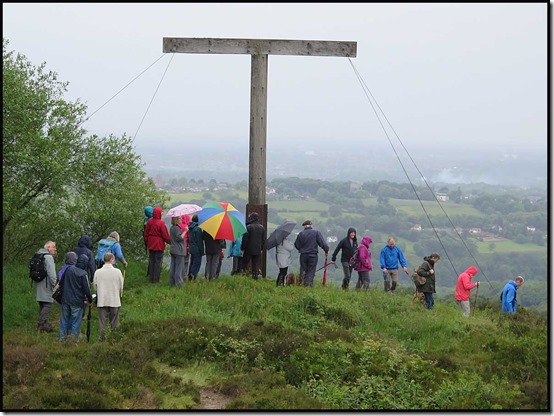 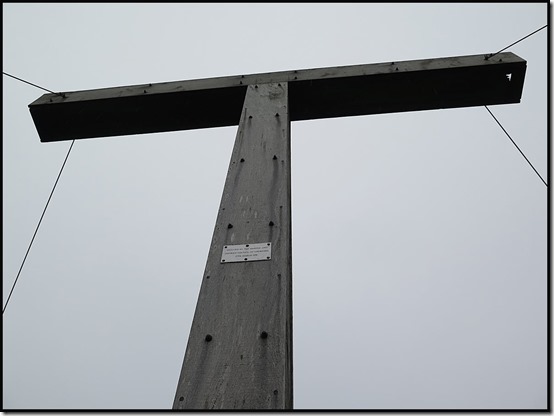 With the rain now set in, views were limited, and even out of focus beyond this Umbelliferae – possibly Hedge Parsley. 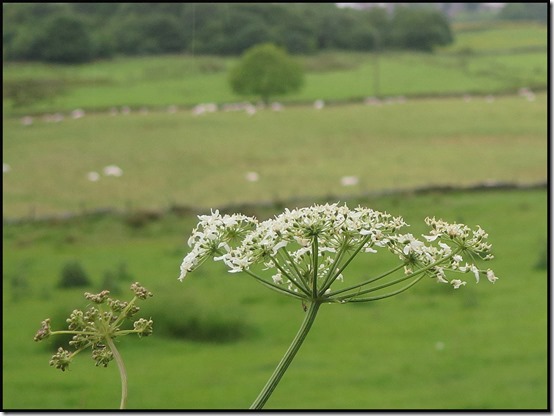 There was also a selection of Umbrelliferae. 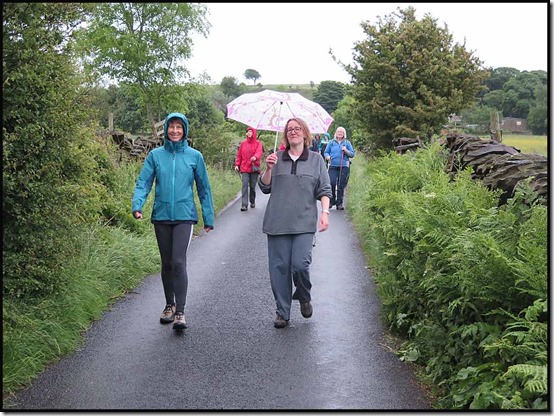 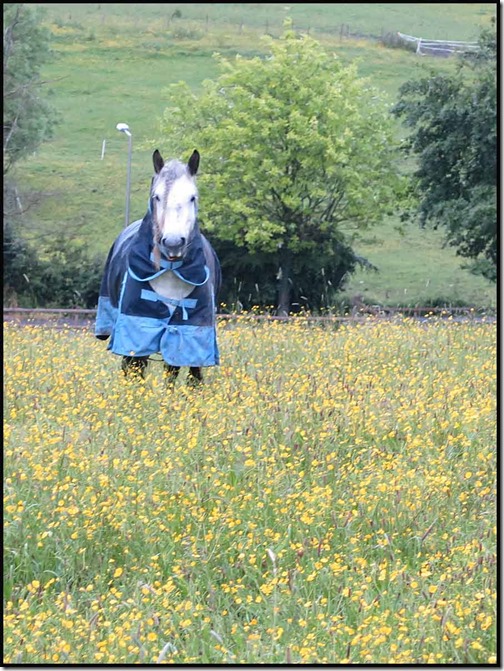 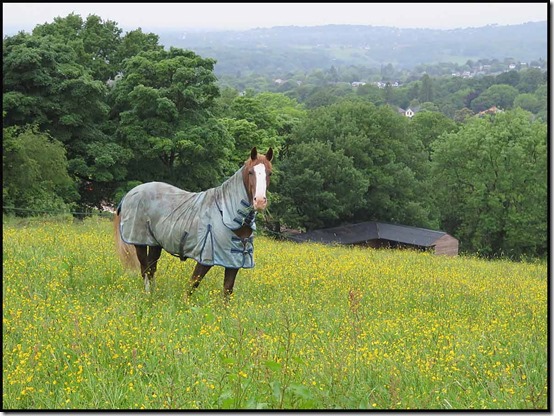 Continuing on downhill to the newly refurbished Devonshire Arms, we decided it was too posh for our group, so we finished by going uphill to Mellor Church (pictured below, on the horizon), then adjourning in steadily heavier rain to the Norfolk Arms. 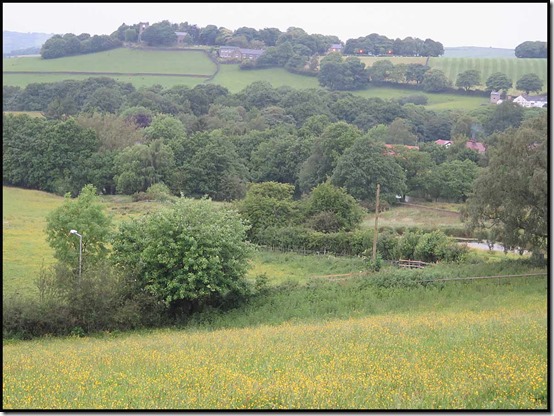 Here’s our route - 6.5 km, with 150 metres ascent, taking 1.5 hours. Thanks to Shaun for leading us all around such a pleasant circuit. Mellor Cross is marked by the red and white marker. 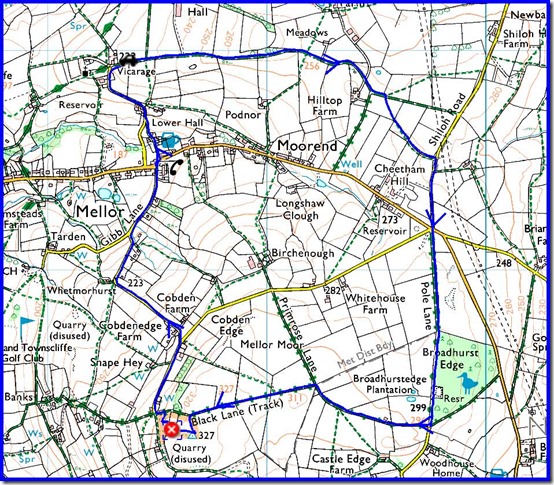