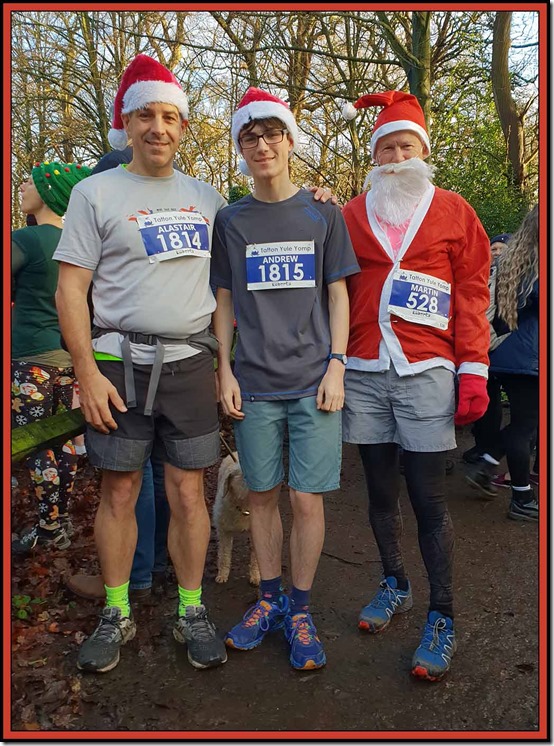 I’ve taken part in this very jolly event a couple of times before.

In 2014, with Alastair, both of us injured, and I wore my cumbersome Christmas tree outfit in stormy weather. It took us 56.35 for the 10 km. Report here.

Last year, 2017, I returned with Sue, who was in good form prior to her current Achilles troubles. I was injured (usually am at this time of year!) and we ran more or less together in 57.12 and 57.43 respectively. Report here – Sue did well to come second in her age category.

Today was ideal weather for running – a lovely cool morning. Sue was envious of Alastair, Andrew and me. She didn’t enter this year because of her Achilles problem, but that has eased recently and she would have been able to run round the muddy course with Alastair and his son Andrew, who was doing his first 10 km run.

While Sue went off on a short hike, the three of us pictured above set off near the back of the 1500 strong field. It was slow going due to congestion on the narrow, muddy paths. Just as well, it’s good to start slowly, especially if like me you don’t do any warm-up exercises. Maybe that’s why I’m often injured at this time of year! But I’m fine at present and enjoyed jogging around the course at a fairly gentle pace, albeit slowly overhauling hundreds of folk who had set off ahead of us.

It was a great, relaxed, atmosphere. I spent the last few km chatting to a guy who is training for his first marathon, in London next year. He thought he may be foolish to do that at the age of 51. Running together, we both sped to the finish. As is my habit on these longer runs, the last km was my fastest, partly thanks to a rare stretch of tarmac. It’s nice to have a bit in hand…

54.18 was my chip time – third out of 20 entrants in my age category. I’m very happy with that. Full results are here.

I collected another medal and pottered back to the finishing line to cheer in Alastair and Andrew. Can you spot them here? 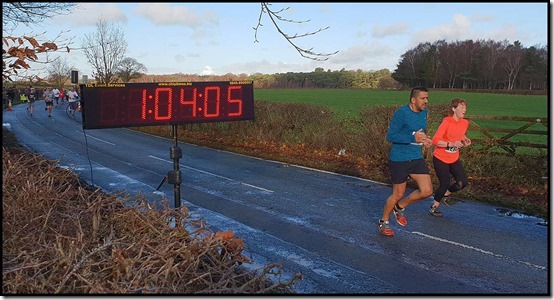 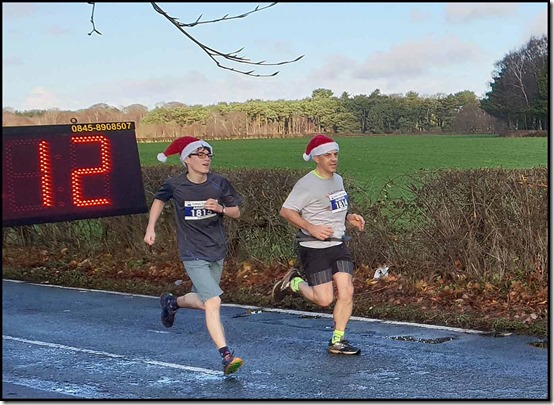 …and it’s a final dash for the line, two seconds later. But like me, as we passed through the start a couple of minutes after the gun, their chip times were much lower than their race times – they actually took a very respectable 1.01.55. Well done, Andrew. 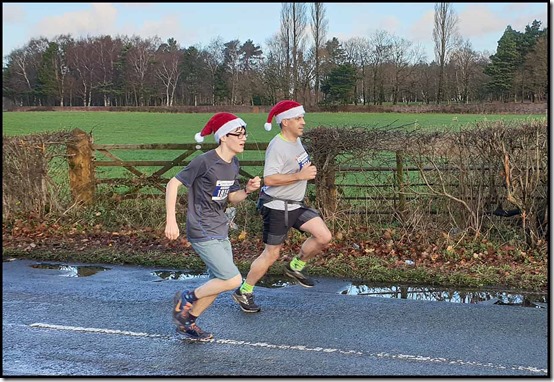 Goodies and t-shirts were collected and we slowly made our way home. We failed, sadly, to spot any familiar parkrunners, though Jan must have been nearby as he finished just a couple of minutes ahead of me.

A well organised and most pleasurable local event. Here’s the route. 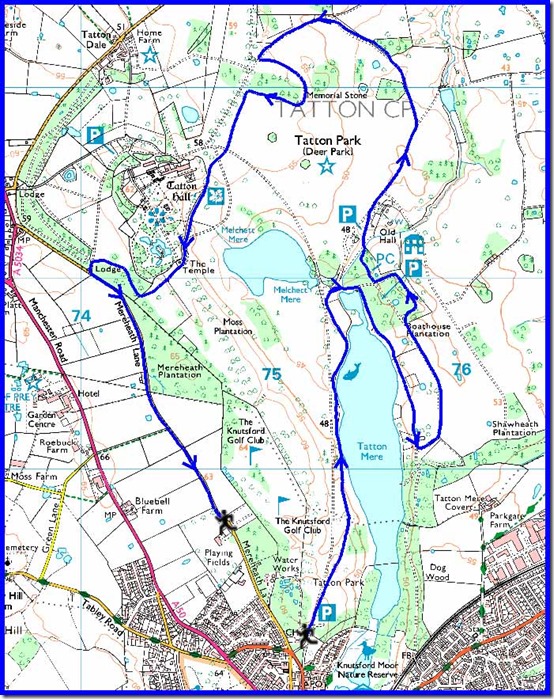 Here’s an image from the photographer at the finish: 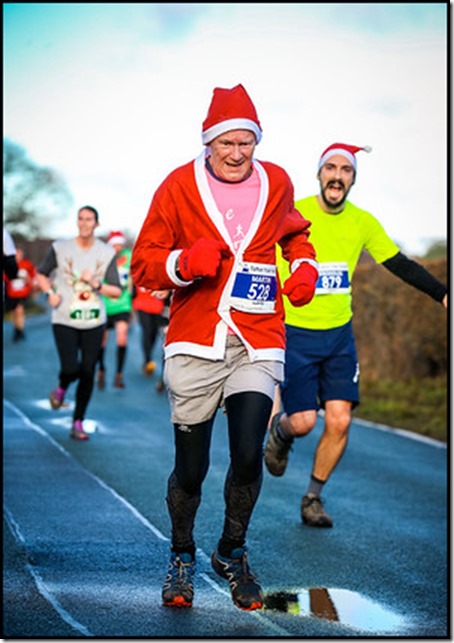