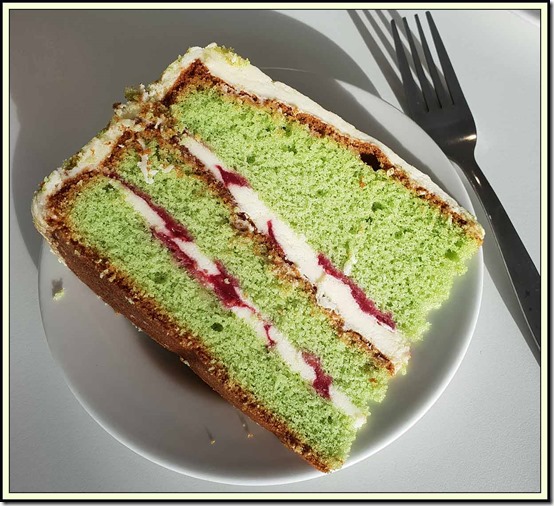 Richard, Paul and Jeanette went without me last week, on another ‘Phoenix Park’ ride. It rained. They got muddy. Paul went out and bought a mudguard. 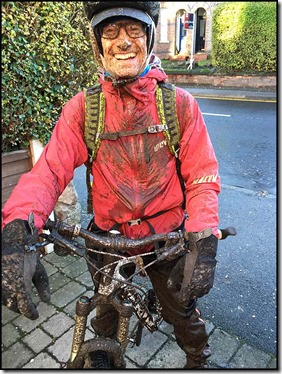 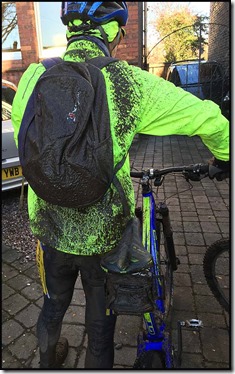 Today our ride was delayed by my need to take Polly for her annual health check (she passed with flying colours), so with a 10 am start, we chose a shorter route than usual. Just 43 km. Described previously on NYE 2016, here.

Paul and Jeanette joined me at Timperley Bridge, where parkrunner Dan made his customary appearance. He usually passes at about 8.30 on his way to work. Some sort of domestic crisis involving keys meant that he was coming past again at 10 am today.

On an overcast but warm morning, we pedalled off to join the Trans Pennine Trail in Stretford. Instead of following our usual route along that all the way to Hyde, we turned left at Jackson’s Bridge, pottered around Chorltonville to inspect my old house, then joined the Fallowfield Loopline. This took us all the way to join the Ashton Canal in Droylsden.

As we passed through Levenshulme, I noticed that ahead was a building perched on a bridge. 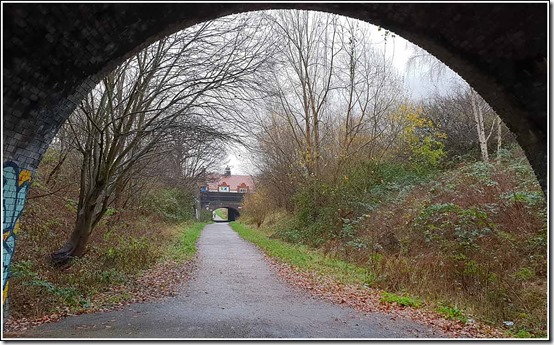 After struggling to keep up with Jeanette, on her ‘gravel’ bike on the old railway line, I was able to pull ahead on the towpath. “Cobbles!” swore Jeanette in the rain that had swept over us. 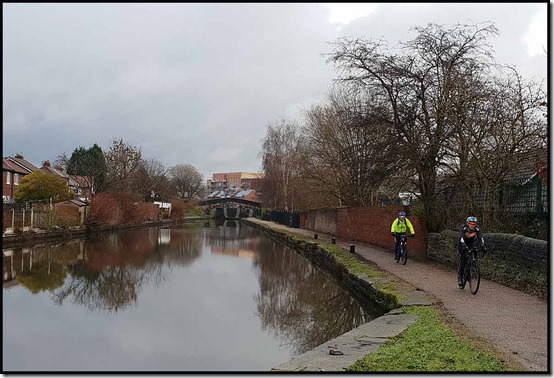 The rain stopped as we reached the velodrome; we were ready for a coffee after 26 km in the saddles. I was lucky to get in – with no mudguards I was rather covered in brown gunge. Jeanette and Paul were rather “ooh we have mudguards…” smug. 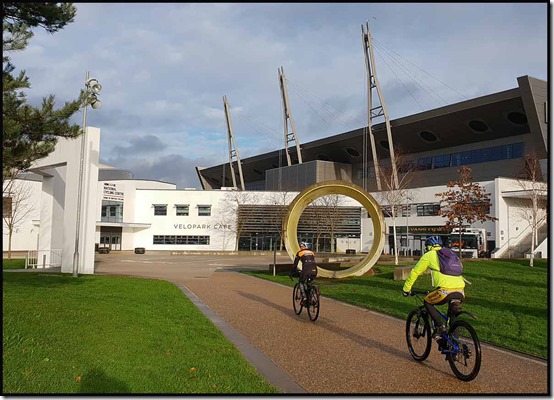 “That cake looks nice” was uttered in chorus. 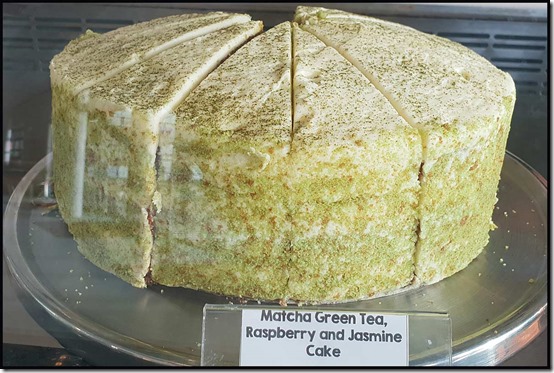 Sadly for Jeanette, the only GF cake was carrot cake. Normally she’d have been delighted to find anything that was GF, but today her slice seemed rather petite compared with the giant portions that Paul and I were tucking in to… 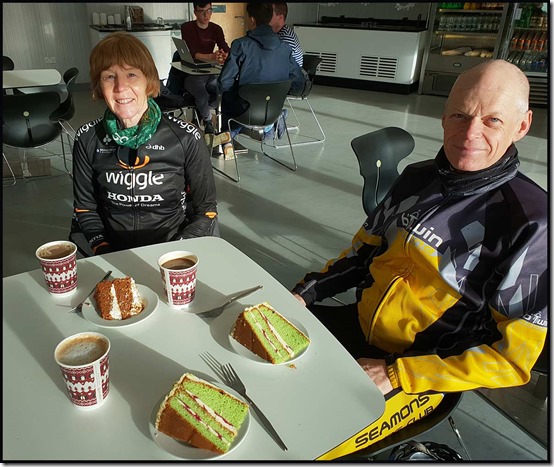 No lunch was needed after that.

Familiar cobbles and towpaths led down the lock system and back home along the Bridgewater Canal. It was good to see that the empty sections of the Ashton Canal have been replenished and the debris removed. The worst of the litter hereabouts has been cleared. There were even some fishermen about. A little optimistic, I thought. 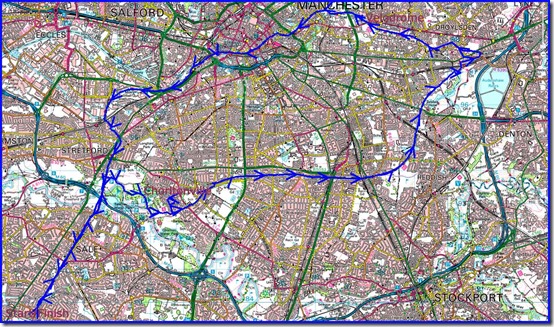 Thanks for your company, folks. We can discuss options for next week on Saturday; meanwhile suggestions are welcome.

That cake was a blogger's gift - well done. Is Polly a parrot?

I will try and make that cake for your birthday Martin!