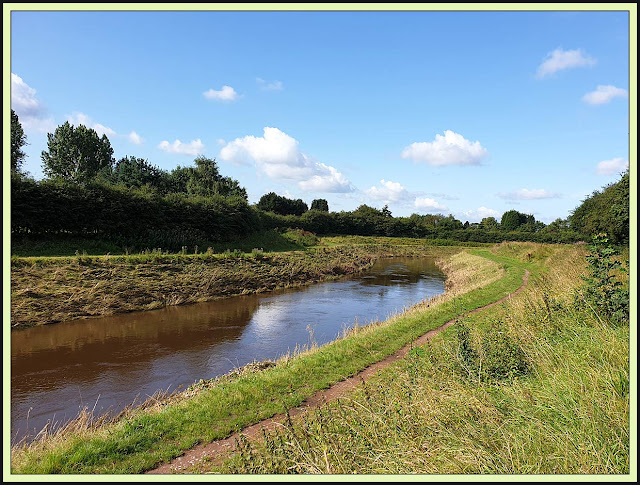 This morning's bike ride comprised just an hour's exercise on my own, on a familiar towpath/Trans Pennine Trail/towpath route of a shade under 19km - see the map below.
We've had quite a bit of rain recently, but the river is now fairly low despite the pumpings from the damaged Toddbrook Reservoir, which I imagine drain into the Mersey. However, if you look carefully at the above photo, you'll see that the grass has been flattened recently almost up to the level of the lower path. I'm told that just a little way upstream towards Stockport the path was inundated and the flood management system whereby a golf course is deliberately flooded may have been deployed for a while following a torrential downpour. 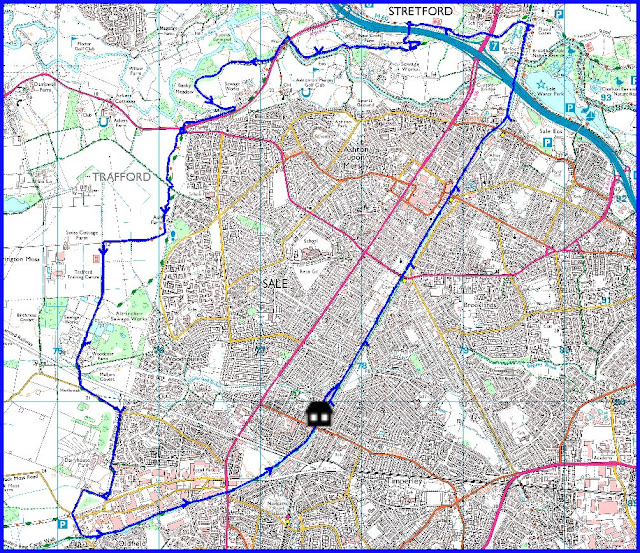 Additional observations - Wednesday 7 August:
Today I followed the river to Didsbury. The following three pictures show that
1. the road to Didsbury Golf Club, judging by the debris on the fence, was well under water, and
2. the view from Simon's Bridge shows the level of flattened grass in Northenden, and
3. the third picture shows how debris can accumulate behind even a small barrier - just in shot behind the debris... 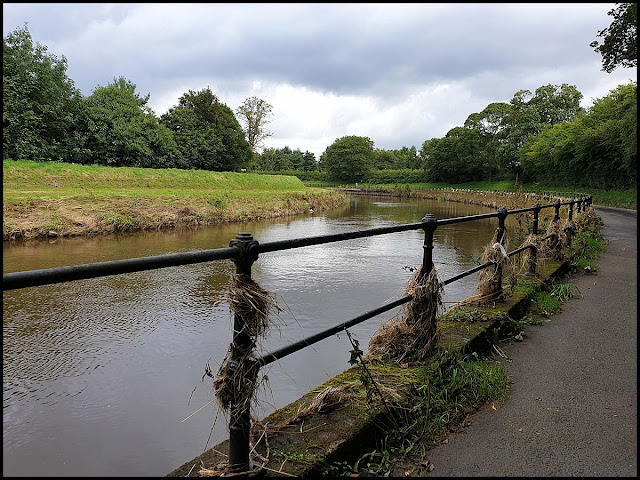 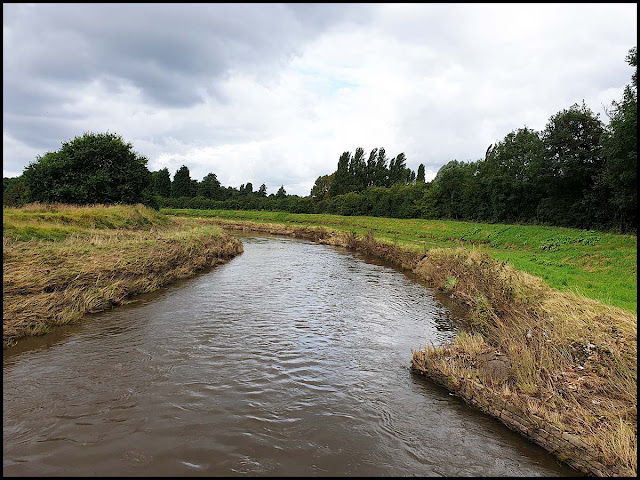 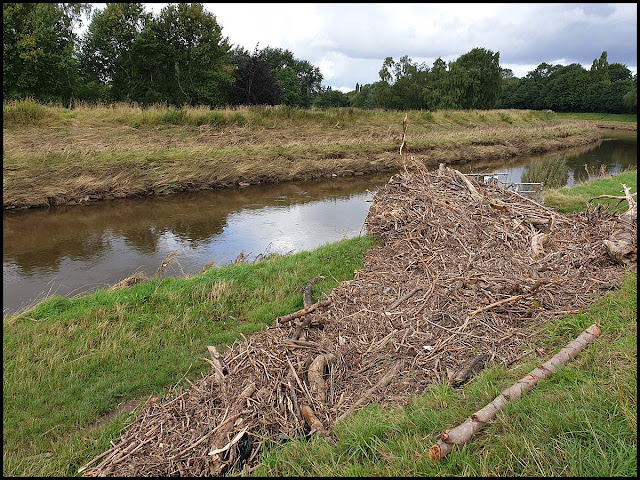