Today's was Wythenshawe's 402nd parkrun, and its eighth birthday. My first parkrun here was number 18, on 3 December 2011, when there were 17 participants - Wythenshawe's lowest turnout. Before that, I'd just run a few times in Oldham, after being encouraged by my daughter.
The stalwarts pictured above have completed 1260 parkruns between them, 1021 of those being at Wythenshawe.
As always, there were first timers, and visitors (including I think, someone from New Orleans) who needed a briefing from Oliver, whose ventriloquist today was the inimitable Alan. 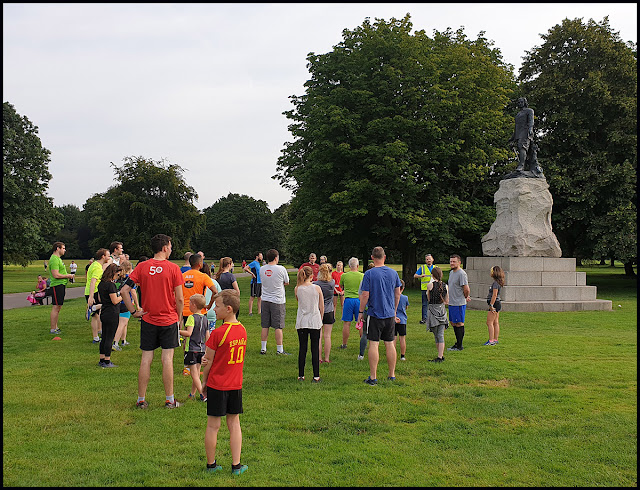 Run Director for the day, Charley, managed to complete her briefing effectively and concisely, the main issue being the route, which as a celebration of our 8th birthday was to be in the opposite direction to the usual route - counter-clockwise as opposed to the usual clockwise circuits. 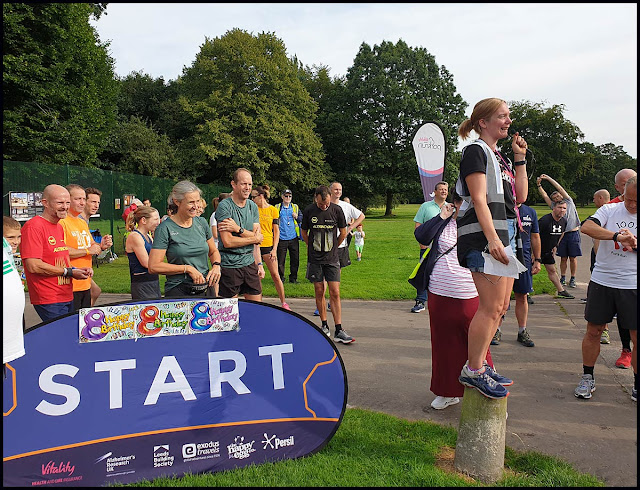 This was no problem for a group from Altrincham and District AC, who posed after their run for a celebratory photo, whilst finishers downed some chocolate brownies and lots of fruit. 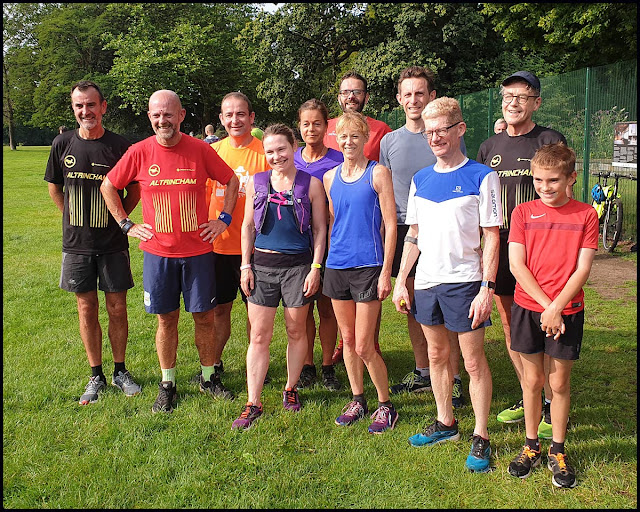 Meanwhile, Colm was accompanying Owen around the unfamiliar course. Sue and I headed up the path to meet them and encourage a last minute sprint. 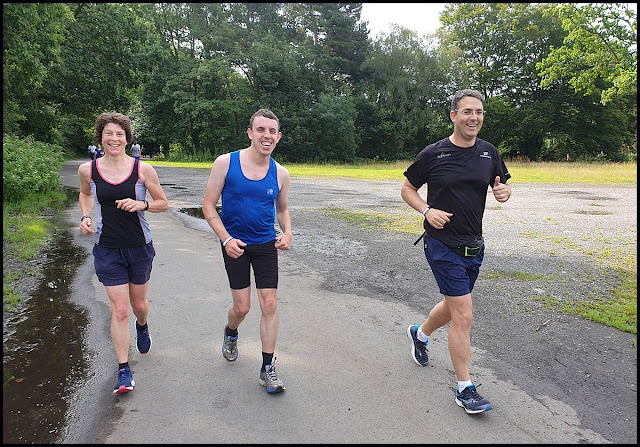 Then the Courtyard Tearoom provided the perfect venue for post-run refreshments and socialising. 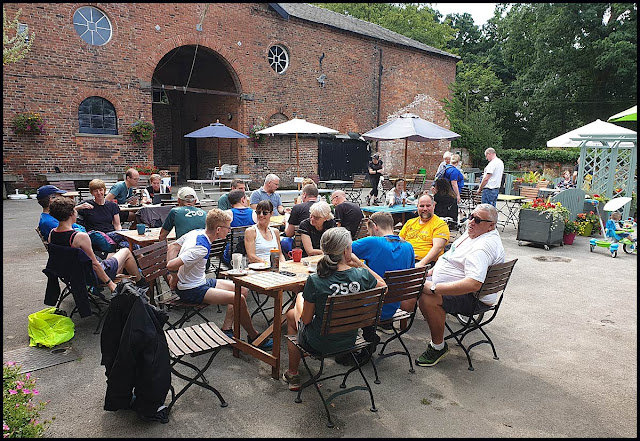 And the processing of results - thanks to Charley and Andy, between mouthfuls of breakfast. 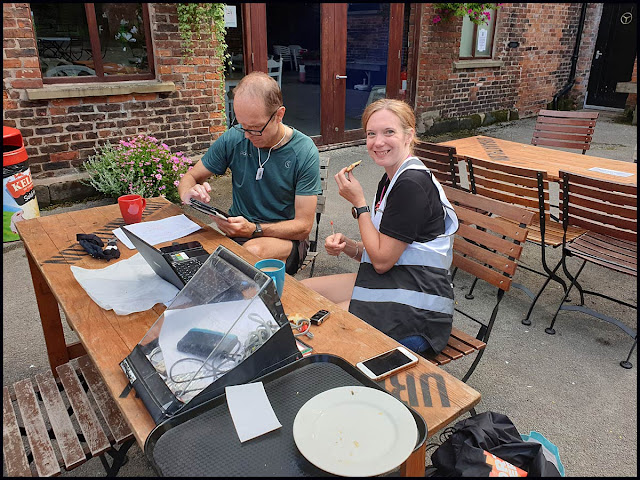 Meanwhile in Timperley:
The swifts left just before last weekend's rain, so their entertaining squeals have been replaced by the chirp of the robin and the clacking of the magpies.
Today brought a canalside harvest of blackberries; the first of many, I suspect.

The run course should have been a figure of eight?

It would be hard to mutate two laps into a figure of eight. The 'reverse direction' plan was great, with marshals all knowing where to go and which direction to expect the runners to come from. There are up to 20 people who get up early each week just to marshal, by way of setting up the course, placing numerous signs, and waiting for the last person to finish - often in well over an hour - then tidying everything up. Designing a new one-off course wouldn't really be practicable.

Apologies go to Andy Wright, though. He went to Pennington Flash parkrun which we had originally intended to visit but which we've postponed to 28 September. So Andy did get to enjoy a completely different course!