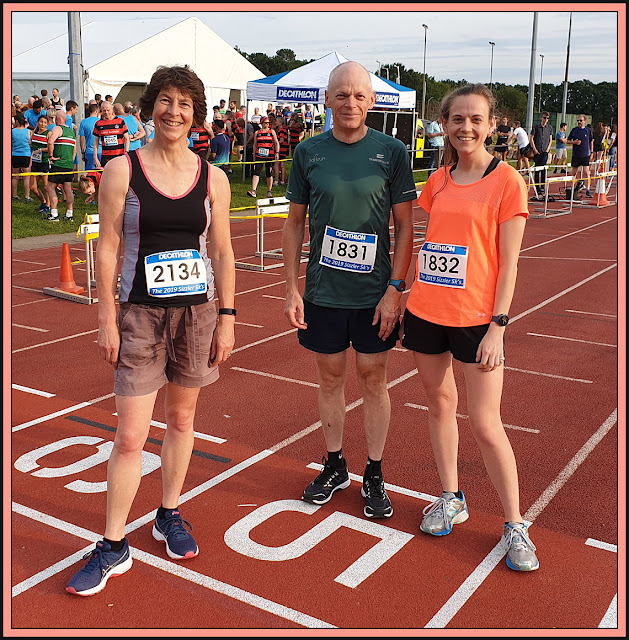 I ran in this event two weeks ago in The Heat. Report here.
Since then, Sue, Paul and Laura had all been persuaded to join me in this last of four 'Sizzler' races organised by Sale Harriers this year. Apparently it is the 18th year of the 'Sizzler'.
The nice blue fabric goodie bags appear to have run out in mid preparation. 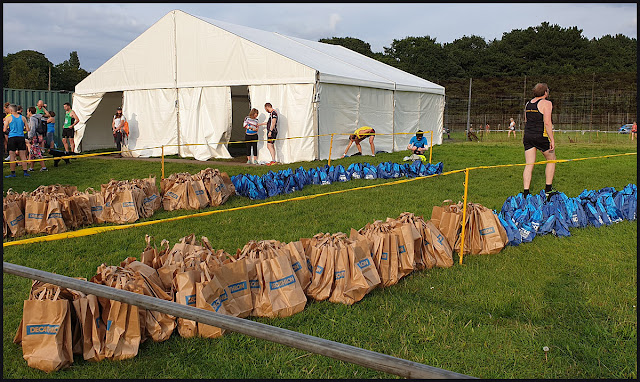 Never mind, nobody should have reason to complain about being dehydrated on another warm evening. 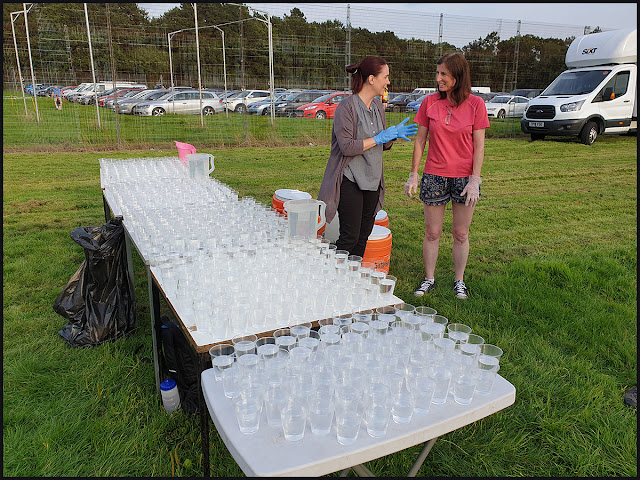 Fechin McCormick did his best to address the throngs. 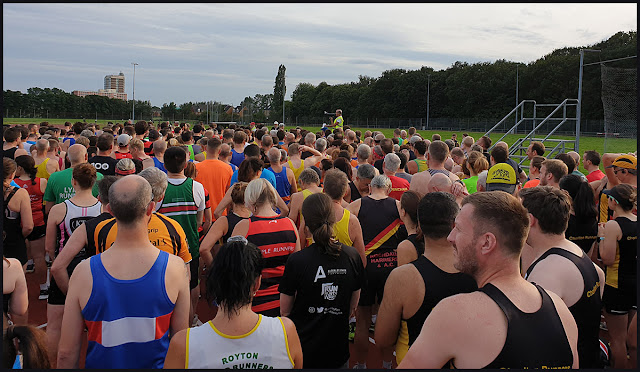 I set off near the back. It was slow going in the crowds, but after jogging the first kilometre I saw Michael ahead of me. He's almost exactly my age and we have periods of just about having the edge on each other. Recently I've been able to pass him, but today he seemed to have a new lease of life and sped up when he saw me. I suppose I had to elevate my 'jog' to an actual running motion in order to keep up with Michael, who was getting loads of encouragement from the marshals. He's a stalwart member of Sale Harriers, who organise and marshal this race. So Everyone knows him.
I pretended my name was Michael for a while, but he still kept drawing ahead. I struggled to keep up until the final 350 metres on the running track. Great fun!
After Sue had finished just behind me and we'd been handed our goodie bags, we listened to Fechin singing the praises of Geoge Tivey, who is in his mid 80's. Apparently George has been announcing at athletics meetings for over forty years. He is retiring in order to care for his wife. He said a few words and accepted a carrier bag full of (bottled) wine. All quite sweet. 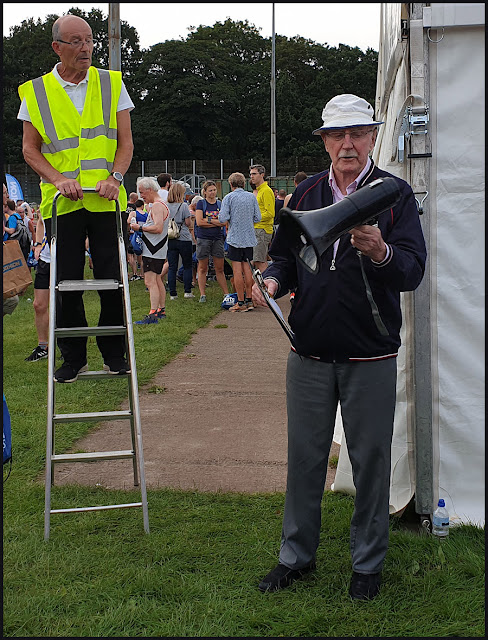 There were 568 runners tonight. Sue and I came 406th and 362nd respectively, in quite reasonable times (for 'joggers' surrounded by batteries of serious club runners). You might need to click on the following images in order to see them properly (or you may not be bothered - they are only really there as a record for me). 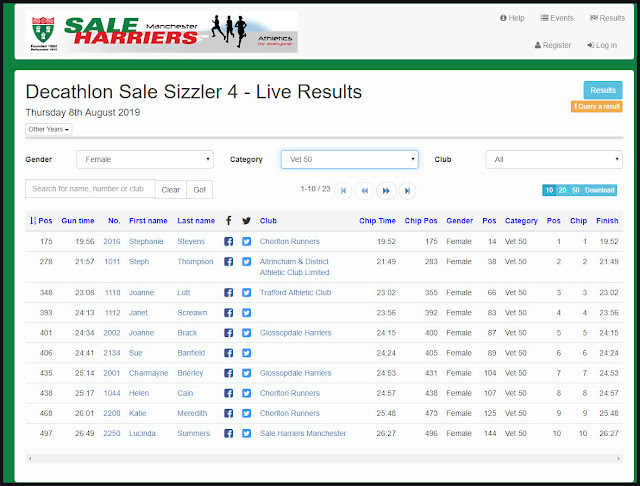 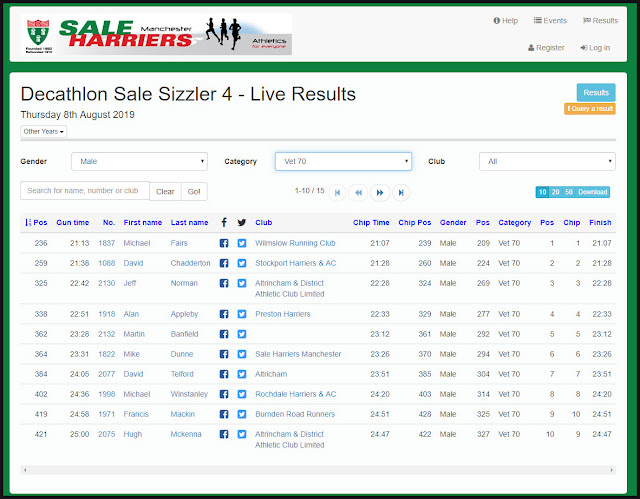 The 'Sizzler' has been great fun, and we've met loads of people (and in Sue's case, colleagues) who we know, so if we get a chance to do some Sizzlers next year I'm sure we'll be there.
Thanks go to Sale Harriers for organising a splendid event, attended by running clubs from over a wide area.
Posted by Phreerunner at 23:33