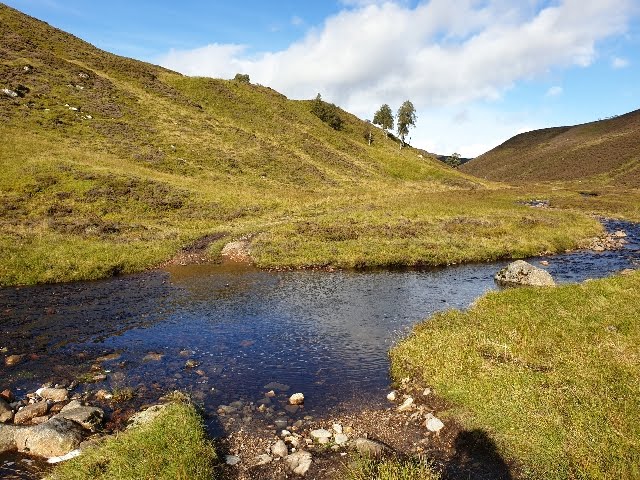 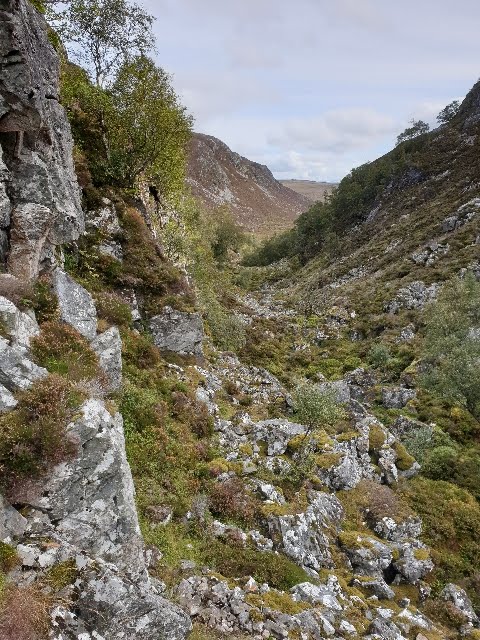 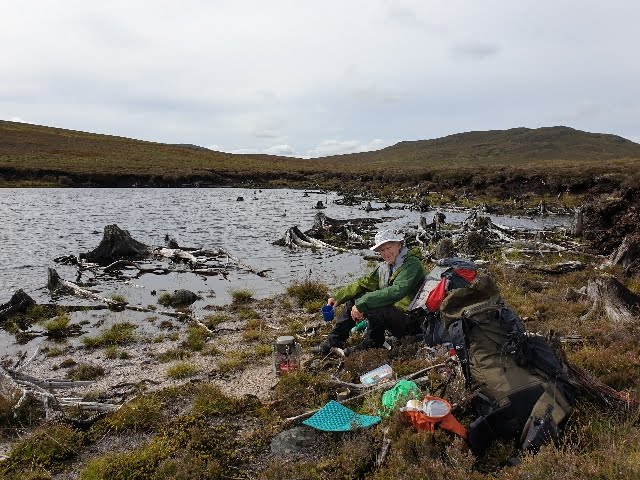 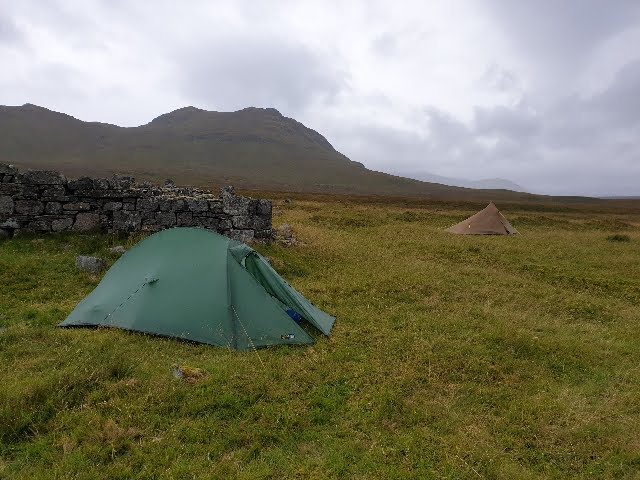 A lovely day's walk to this spot south of Lochan na H-Earba - 32 km, taking us 9 hours.

A fine morning in Dalwhinnie.and a huge and rather indigestible breakfast. We both picked at it and soon gave up.

A 9 am start in sunny conditions found us on tarmac for a couple of kilometres before a left turn took us up the rough route through a narrow rocky gap to a lochan bordered with fossilised trees. Time for a brew.

Heading on, we lunched in a spot sheltered from the rising wind on the now overcast day. Some DofE Award children were soon caught up with as we made our way to the Earba lochans, where more DofE students had already set up camp at 3.30 pm. To be fair, it's a wonderful spot, and the weather was looking ominous.

Yet more DofE students were setting up camp at the southern end of Earba, amongst a film set where a large group of people were filming something called 'The Crown'? We'd never heard of it. As we made our way onwards we encountered a fleet of vehicles presumably arriving to collect the actors and crew and return them to their digs.

At this point light rain commenced.

Only 4 km further to our planned destination at an old shieling. Markus was flagging but we made it by 6 pm, before the rain got too heavy. Next to the camping spot was a Land Rover with a dead deer stretched across its front bumpers. A horse box was in tow. After a while, two white horses arrived, maybe with more dead deer. Duly installed, the entourage set off and left us in peace.

Now, at 8 pm, it's almost dark and is stormy outside. Dinner was good, then I started this posting without the aid of the map, which is buried in the chaos of the tent. I'll tidy it up in the morning, but I've no idea when I'll next get a phone signal. Meanwhile, despite hurriedly flinging the tent up, I have a perfect sleeping position, so I may wake late...
Posted by Phreerunner at 14:57