Backpacking with Markus - Bridge of Gaur Guesthouse to Kinloch Rannoch, then bus and trains to Timperley 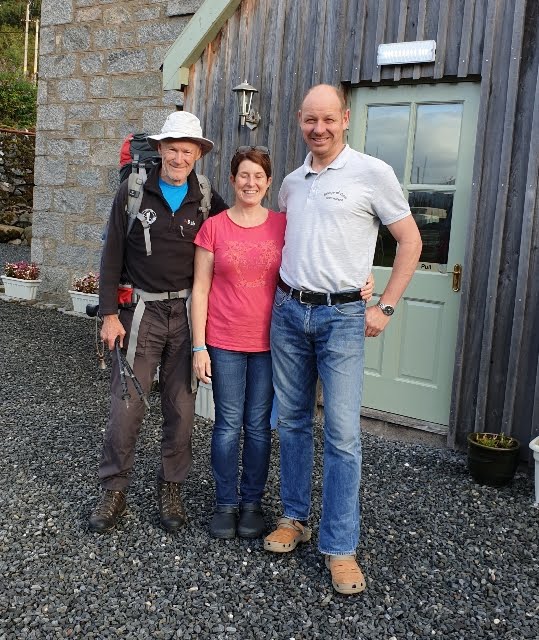 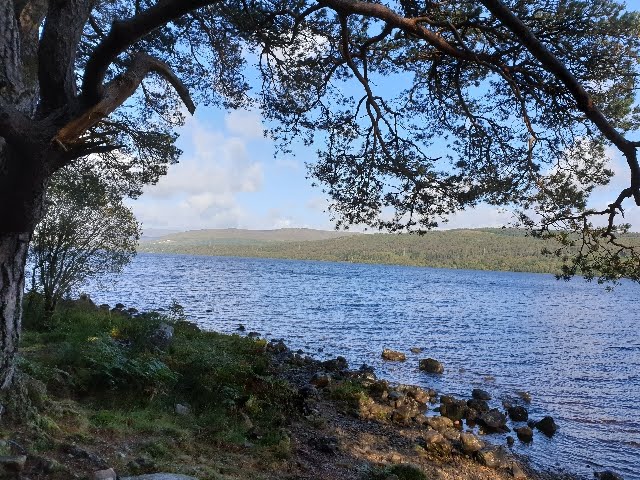 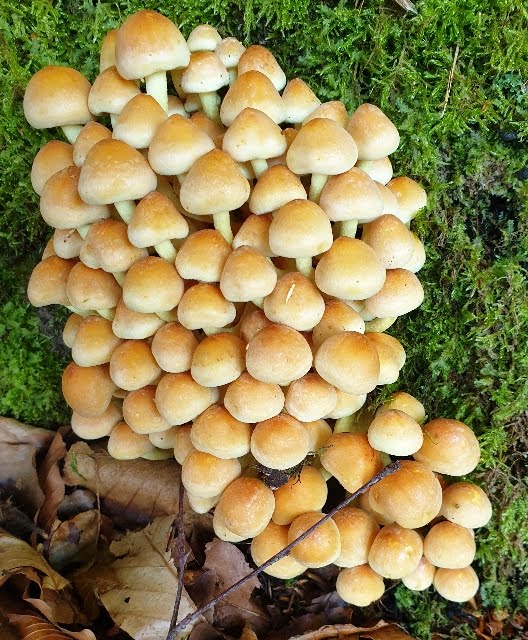 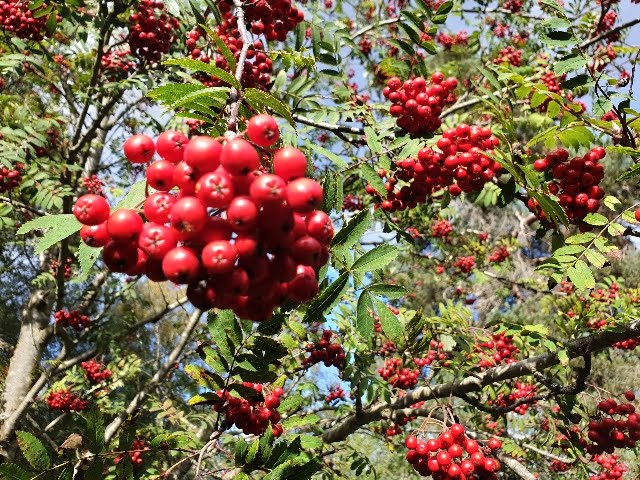 Eddie's fine breakfast fuelled us for a gentle stroll along the south side of Loch Rannoch. There was very little traffic as the road was closed due to it's being widened to cater for timber wagons. Apparently the felling of the forest will take many years.

The sun shone intermittently as we strolled along beside more banks of tasty looking mushrooms, and rowan trees heavily laden with berries. There were fine views across the loch.

Entering Kinloch Rannoch, we befriended a stalker called Richard. We enjoyed lunch with him in the café, but regretted that the chanterelle season is apparently over - we had to put up with 'ordinary' mushroom soup. Very tasty nonetheless.

An efficient bus took us to Pitlochry, where we spent an hour in Café Biba.

Then it was goodbye to Markus, with thanks to him for organising this trip.

The train to Glasgow was late, and got steadily later as the journey progressed. I was glad I'd given myself an extra hour in Glasgow. I'd have missed the obvious connection.

The Trans Pennine train on which I was booked was cancelled. 'Seek advice from Trans Pennine staff' the board announced. After much searching, Virgin staff were helpful... 'There are no Trans Pennine staff here, but you can travel on a later Virgin train and change at Lancaster'. There goes another hour!

So I'll be home, hopefully, rather after midnight.

At least it's a comfy train and I have a seat!

I'll post some route maps and some more photos in due course, but in the meantime CJ Sansom's 'Sovereign' will keep me occupied.
Posted by Phreerunner at 20:02

I have read a couple of Sansom's novels - pretty good stuff.