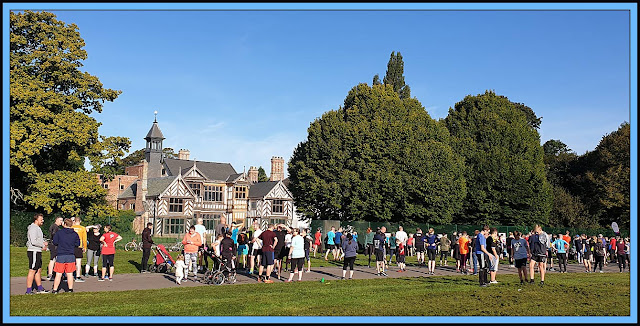 Refreshed from a night's sleep after my ten hour journey home from Kinloch Rannoch, I cycled to Wythenshawe park for a bit of exercise on a lovely late summer's morning. There was a gentle bite to the air.
Whilst 355 participants chatted and lurked near the start, a few were warming up on some newly laid tarmac on the path we use. 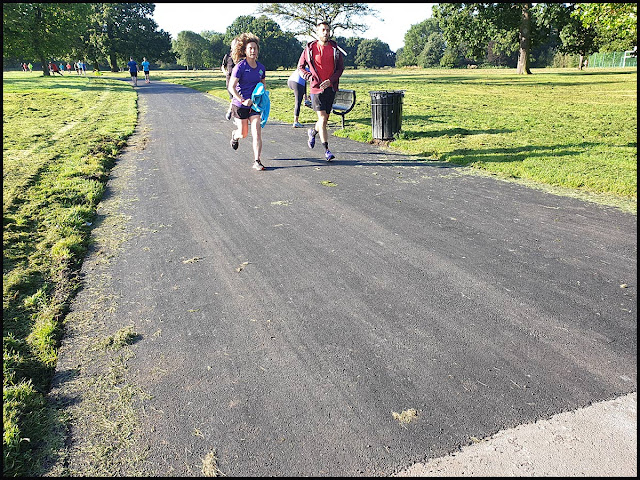 With tired legs from carrying a 12 kilo weight on my back for sixty miles, I was pleased to find an excuse for a slower than usual pace. Sue joined me, and we ran with Owen and Annie, celebrating Owen's 100th parkrun. Well done Owen. 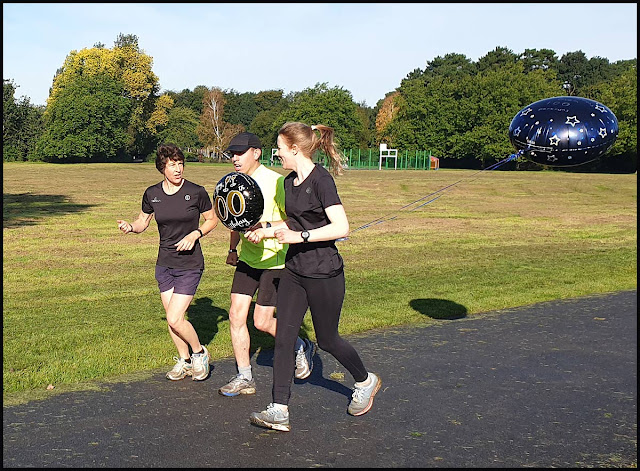 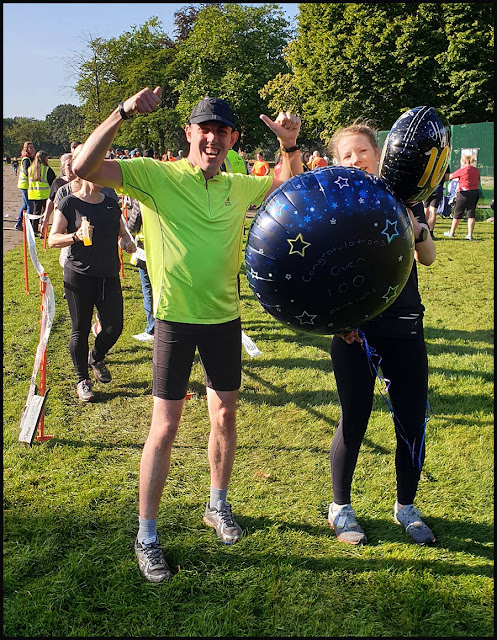 After a quick coffee, many of the parkrunners decamped by various means to Altrincham town centre, where the last stage of the Tour of Britain bike race was due to set off at 11 o'clock.
I got there just in time. It was crowded. I've never seen Altrincham so busy.
It was a short wait by the market, for the competitors to pass on their way to the official starting point. They were led out by members of the local Seamons club of which Paul and Jeanette are members. 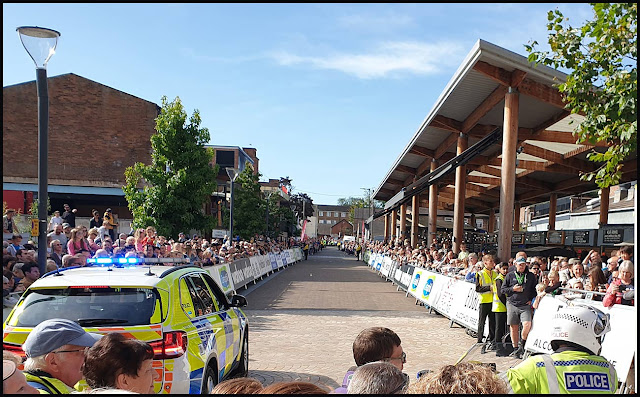 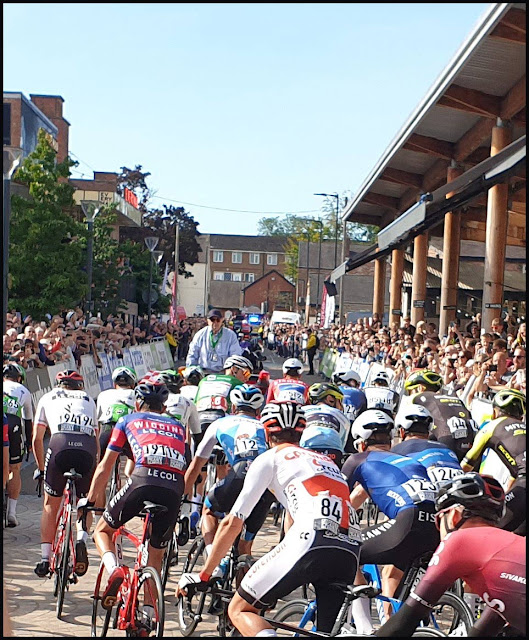 After the peleton had passed through, Sue and I made our way up the street, only to meet the Seamons team coming the other way, led by none other than Jeanette (Paul being away in the Alps). 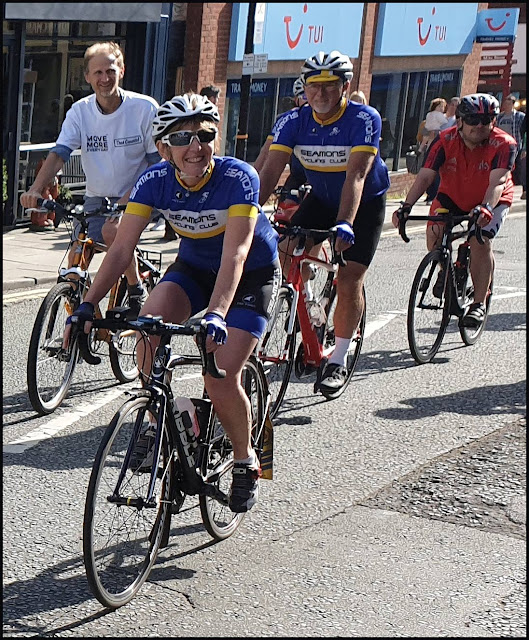 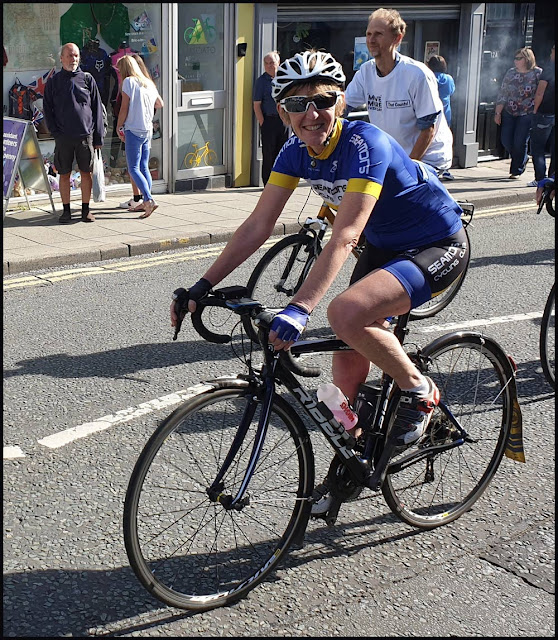 Nearby, in Goose Green, a huge TV screen was covering the race, viewed by lots of folk on what turned out to be a beautiful, warm summer's day.
A good day for Altrincham, that's for sure.
Posted by Phreerunner at 20:24