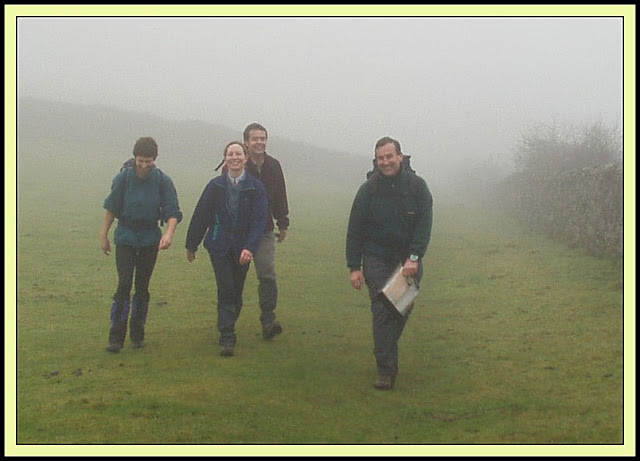 I've taken to fairly randomly choosing sub folders of 'Pictures' that are described as 'Sundry'. One of those has given me some happy memories and ammunition for a couple of postings, using pictures taken with our first digital camera - a basic Olympus model, at a time when most of our photos were still being taken with traditional film and transparencies - January 2003.
Here's Sue's contemporaneous diary entry:
Left home at 8.45 to pick up Richard and Jenny. Hit fog during the hour's journey, and it rained occasionally. Met up with Andrew at Leighton Moss car park and left soon after 10am.
First stop, the bird hide - very still and foggy, the opposite bank of the pond wasn't visible. Saw a coot, and tufted ducks.
Strolled through fields (above) and woodland in the fog, past Leighton Hall, to arrive at Wolf House Gallery at 12.15. 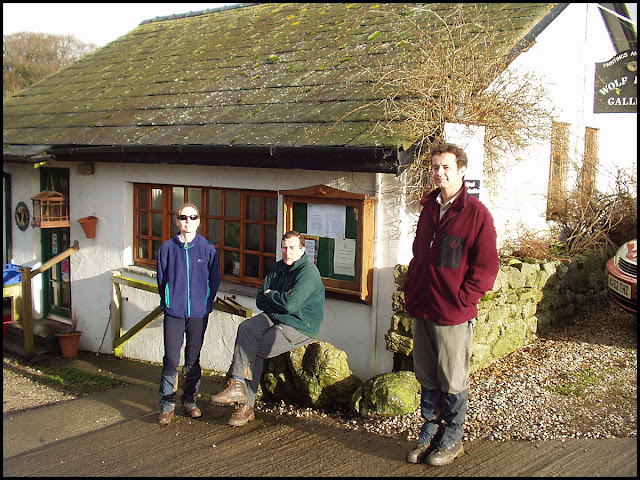 After tea/coffee, it was decided to stay there for lunch, instead of continuing to the pub in Silverdale.
While we enjoyed soup and baguettes, the fog disappeared, leaving blue sky and sunshine. After looking round the gallery, we headed for the beach, where the tide was in. With no wind, it was pleasantly warm in the sun as we made our way to Jenny Brown's Point. 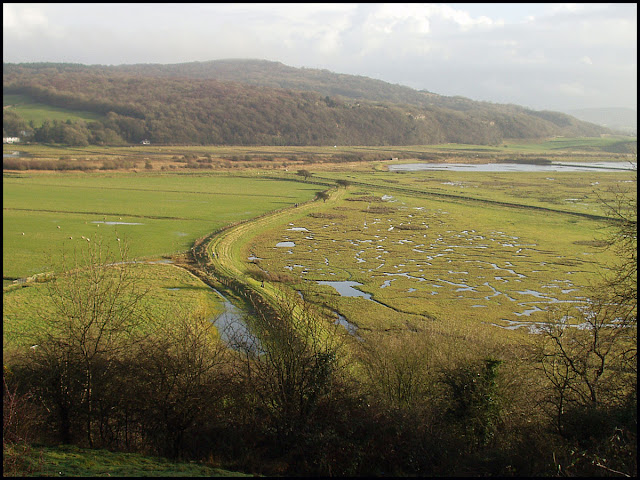 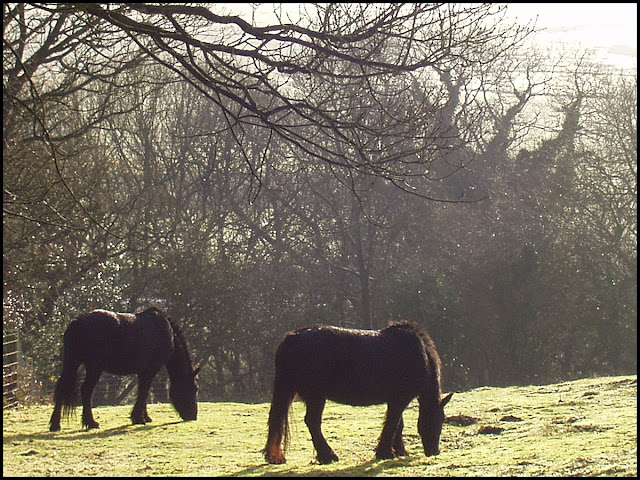 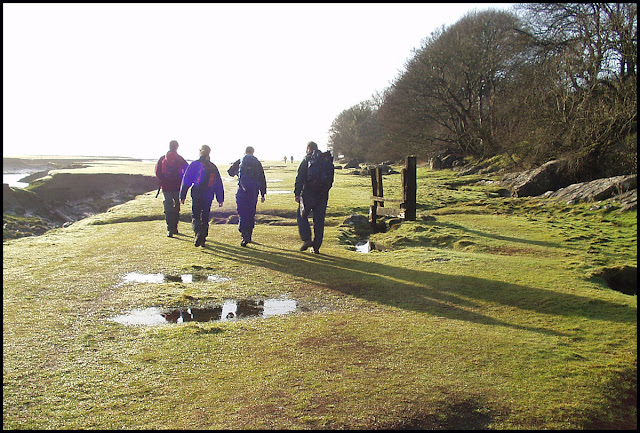 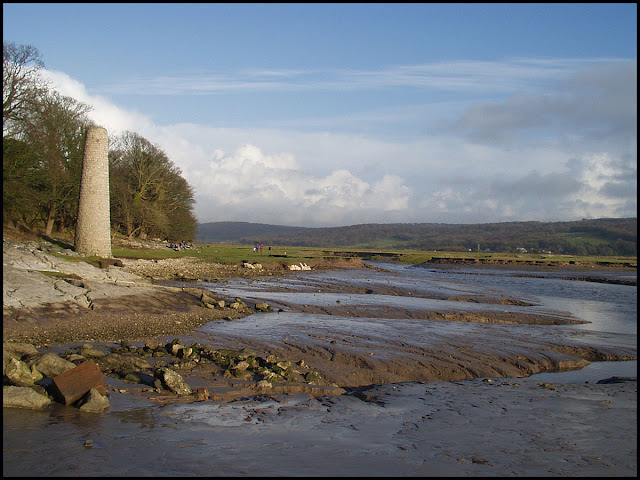 Waders, perhaps snipe, stood in the sand. We made slow progress over slippery rocks and through the mud, then we had to follow the cliff top as the coast route was under water.
Reached Silverdale at 3pm, and sat on the beach for tea and caramel shortbread, with the sun getting lower. Continued round the coast, then after exploring the small cave, we turned inland towards Arnside Knott.
At some point after passing Jenny Brown's Point (the photos are in correct sequence) a short rock climb was apparently attempted by Andrew - those were the days! - Ed. 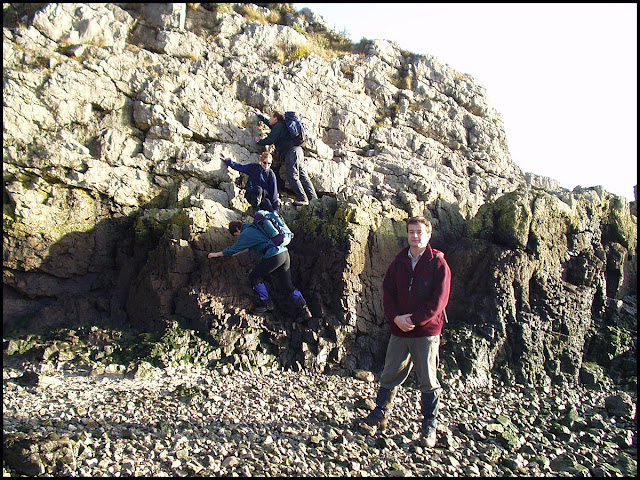 Walked by the tower and through the woods, finishing over the golf course around 5pm. Nearly dark, with starlings gathering in great clouds, when we got back to the cars.
Posted by Phreerunner at 15:49