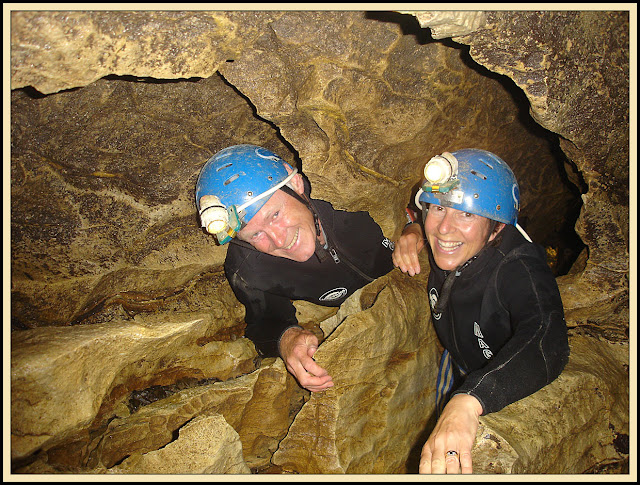 The Waitomo Caves, visited on 25 February 2008, proved to be quite an adventure, with some flooded passages and some tight squeezes. The wetsuits proved invaluable.
On 26 February, we embarked on the Tongariro Northern Circuit, hiking in to the Mangatepopo Hut, from where we enjoyed a glorious sunset. 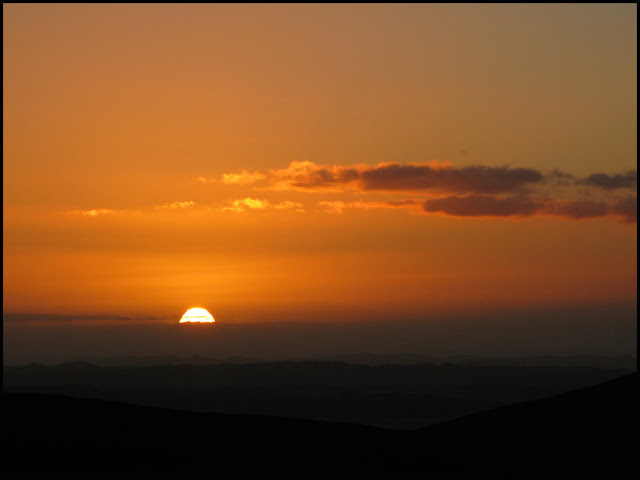 27 February - after an early start to climb Mount Ngauruhoe, we moved on to Mount Tongariro, from where this picture back to Mount Ngauruhoe (of Lord of the Rings fame) was taken. 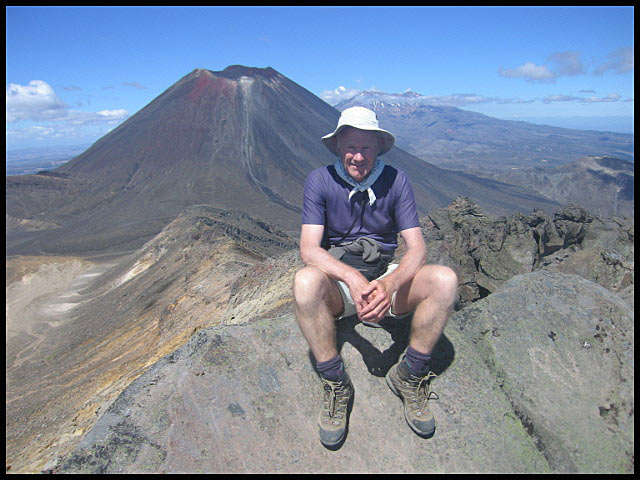 Our third day on the circuit, 28 February, started from Waihohonu Hut. 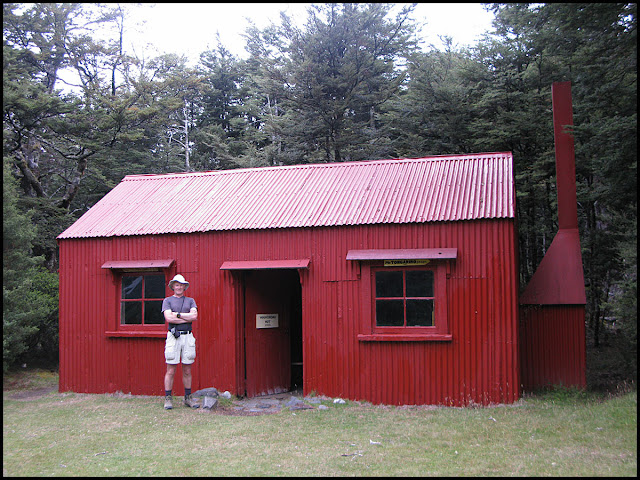 Sky diving in Taupo gave Sue a thrill on 29 February. 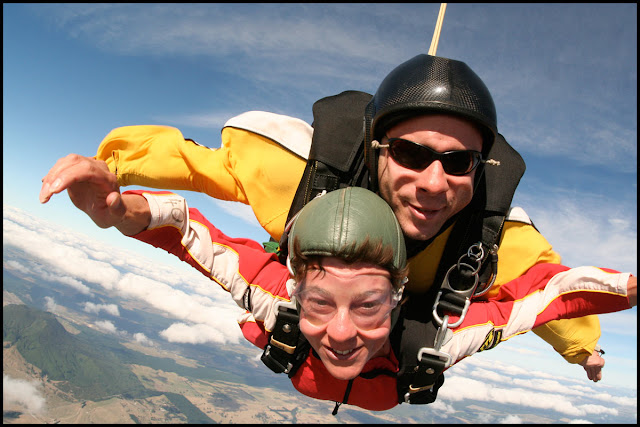 A rainy day on 1 March saw us cheering on the participants of an Ironman Triathlon. 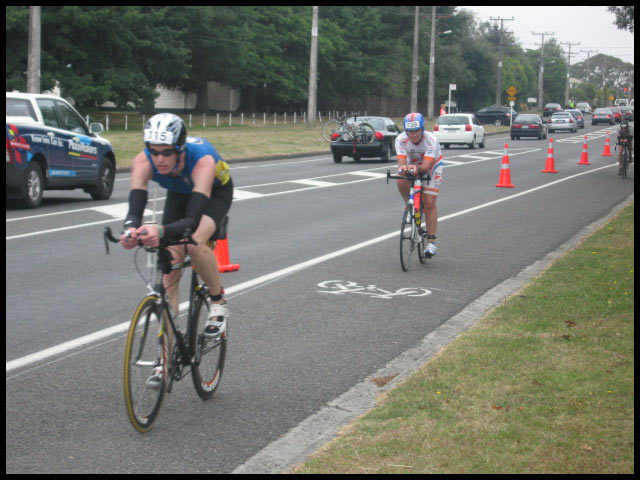 We moved on to Rotorua, where on 2 March we admired the Devil's Bath from a safe distance.

More progress across the North Island will be made tomorrow...
Posted by Phreerunner at 20:17

You certainly packed it all in. I reckon I was embarked on my LEJOG at the time.

I don't recall it being too manic, Conrad - certainly much more relaxed than an Exodus or Explore trip. We weren't rushing around...