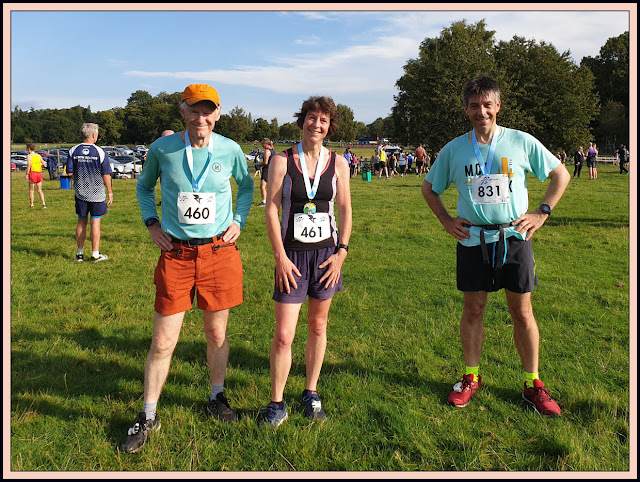 Here I am, with Sue and Al, after a most enjoyable 10 km jog/run in Tatton Park on a lovely Sunday morning. Around 700 people took part, all having received timing chips and numbers before the event. These days, timing chips are disposable tags that fasten to your shoe laces; haven't times moved on from the cumbersome returnable tags of the past!
In these tedious days of 'social distancing', the organisers split us into pre-defined groups according to estimated finishing time - there were ten areas marked by posts in a big field. It worked fine - Sue and I assembled in area 8, having estimated our 10 km times to be just inside an hour. There was plenty of space for everyone, and socially distanced toilets for those who needed them. 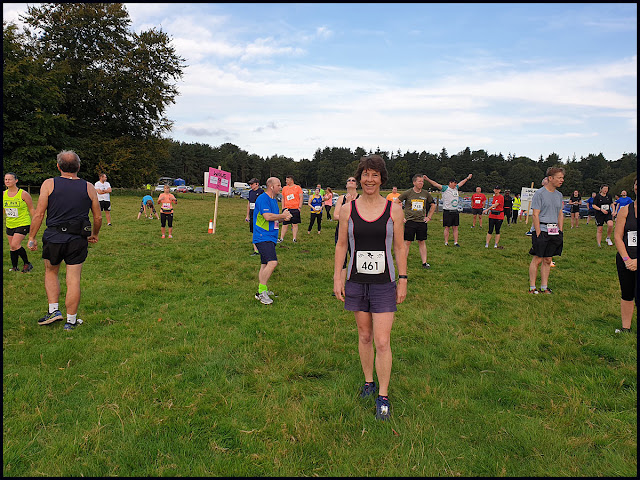 After a while we were ushered to a 200 metre line of runners. You can just about see the start ahead of us in the next picture. 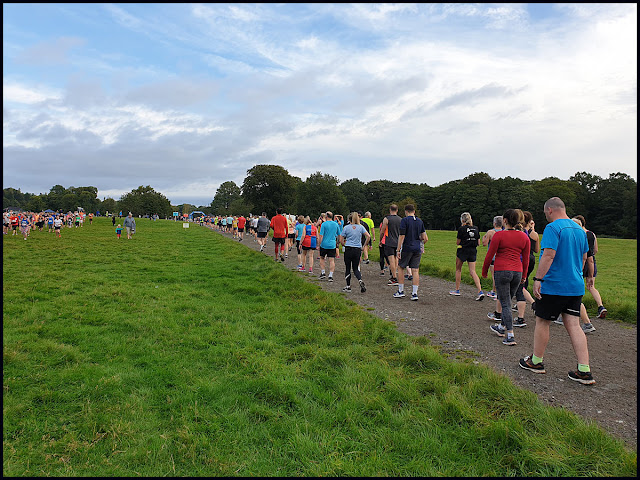 Behind us, the hordes of slower runners gathered, slowly making their way towards the start. These people look as if they are all jammed together - that's foreshortening for you.

The start worked really well. Given the use of timing chips, there was no need to rush to the front, and Sue and I started about 11 minutes after the first people got away. We were asked to move from marker to marker, keeping in two lines with one marker, set at 2 metre intervals, between each person.
It worked a treat. 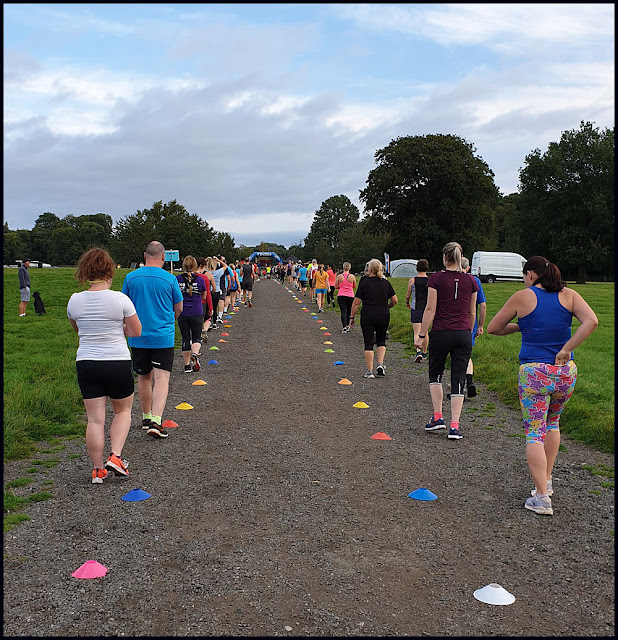 The run was on easy terrain, on paths similar to or wider than the one shown above.
Al started ahead of Sue and me, and he managed to get into a position near the finish to take the next three pictures. Thanks Al. 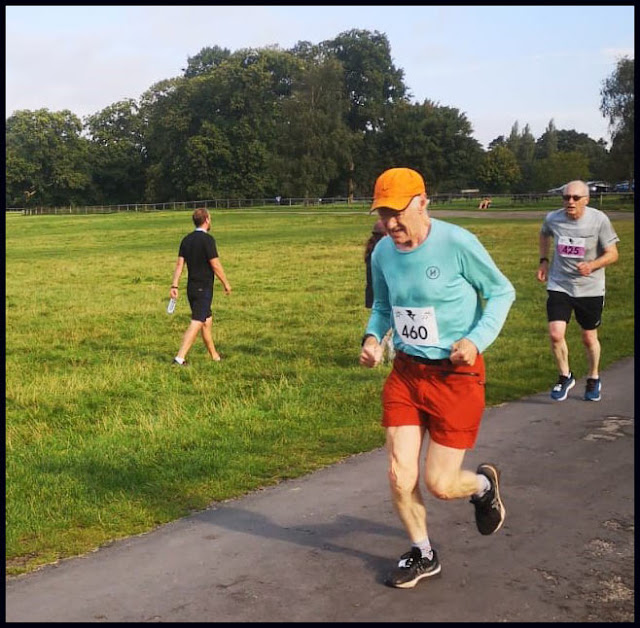 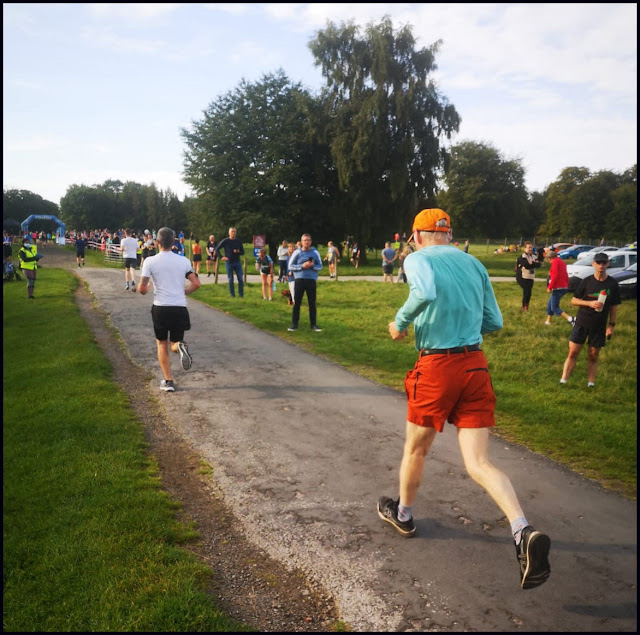 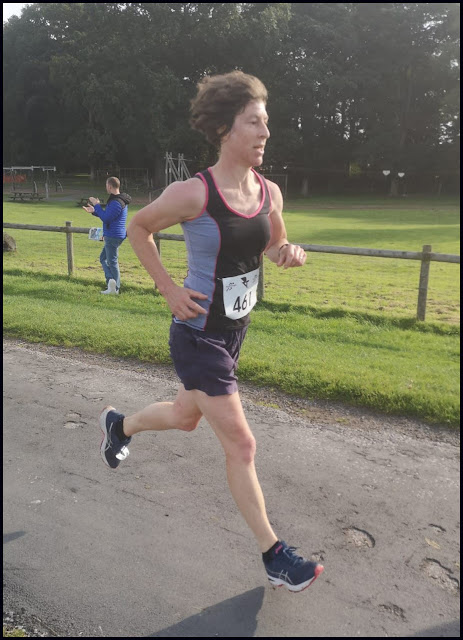 I had got a bit ahead of Sue, and I had a chat with Colin Davies of Altrincham AC near the finish. Because of the starting times it was unclear which of us had finished before the other. (But I am Colin's Nemesis, and so it proved again!) He told me Sue was miles behind. Cheeky devil, she soon zoomed in, having slipped back only a bit during the second half of the race. 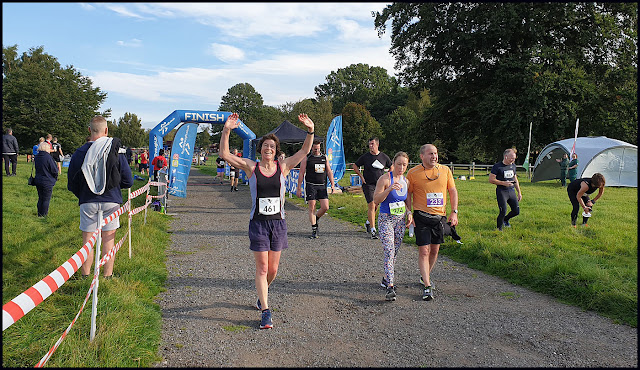 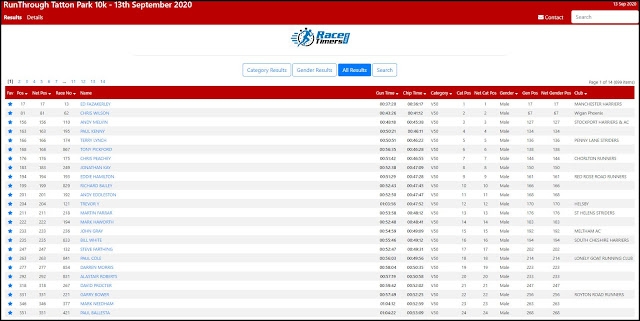 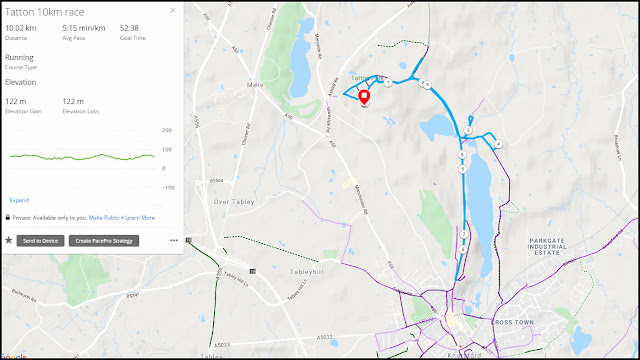 This was a great way to start a Sunday morning (if you like that sort of thing!).
Posted by Phreerunner at 17:37

Why can't they have that social distancing in the pubs on a Friday night?

Hmmm, Tatton's social distancing did take place over a few acres of space...