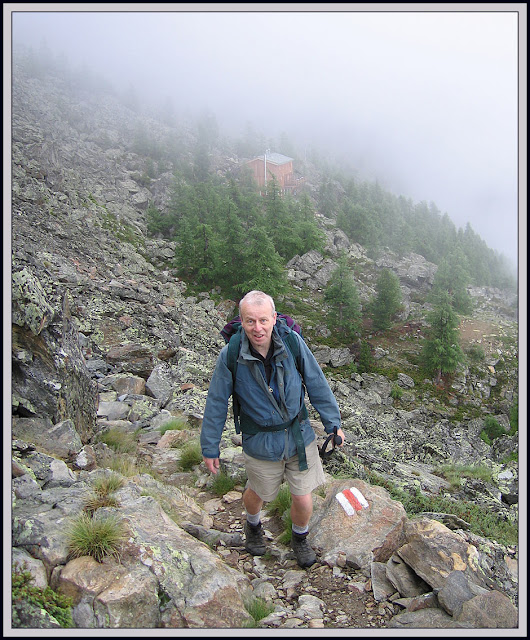 David leaving Europa Hut - click on any image for a slideshow

I woke before 7 am with stomach cramps that got steadily worse. I tried some breakfast but was sick soon afterwards. Then during the walk I ate nothing and had three toilet stops. This caused some delay.

We worked out the bill for last night and set off on a gently rising belvedere path, passing close under the unseen Breithorn (3178 m). 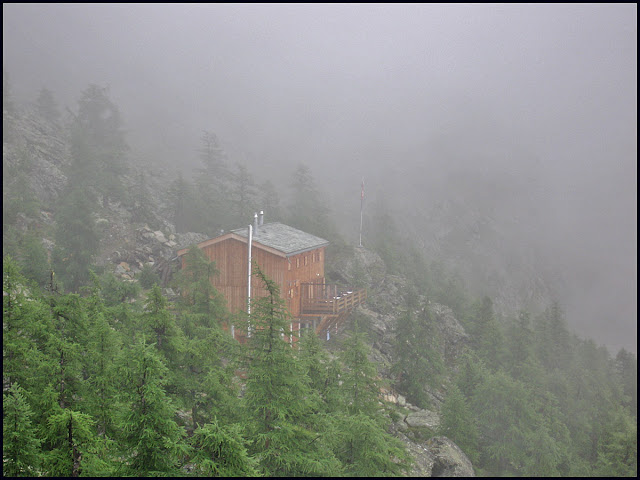 The crossing of a suspension bridge in the mist fazed Betty, as did one or two gullies and a huge boulder field as we rose to a of 2690 metres before dropping through the boulders. 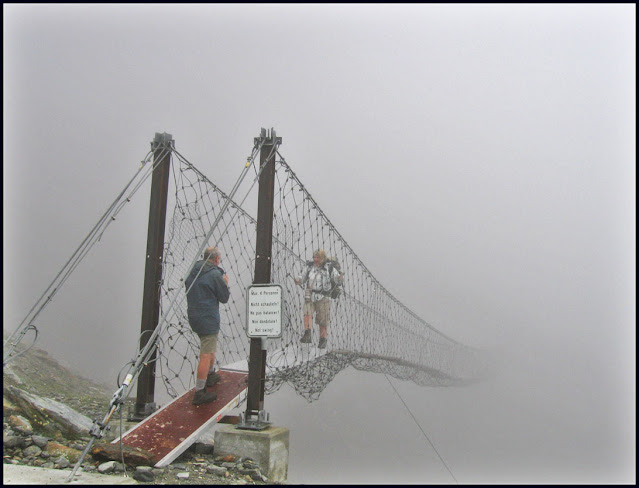 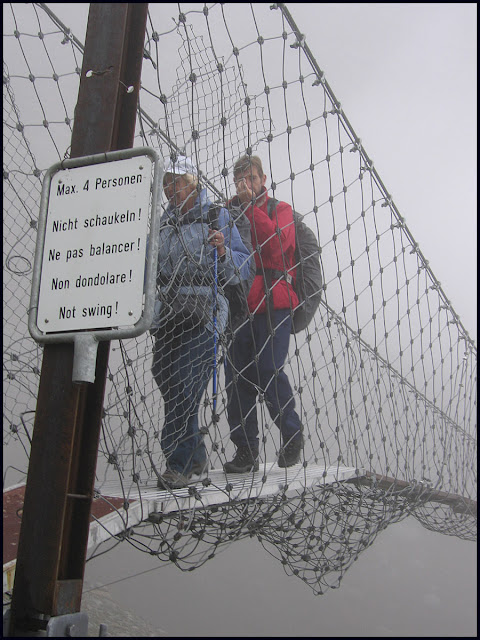 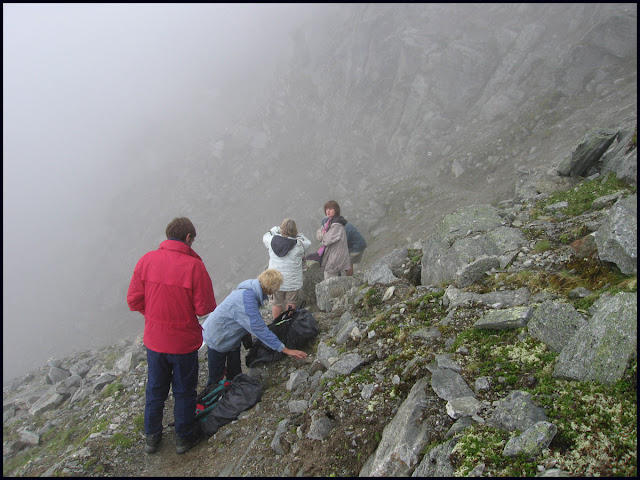 Two herds of black and white goats - the front black and the back white, were encountered. The second one at the start of our long descent to St Niklaus. The animals were fat, healthy, tagged and friendly. Gaynor's excess bread was used to entice them into photogenic poses. 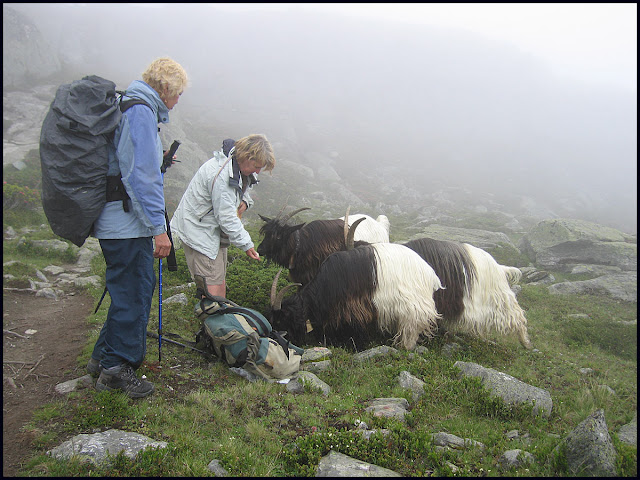 There were occasional glimpses of the valley, where the railway carriages could be heard trundling along relentlessly.

Then a long ascent, passing a statue of St Bernard which appeared to commemorate the fairly recent construction of the Europaweg - situated on the crest of the ridge north of the Breithorn at about 2460 metres. On this next section the should have come into view for the first time for those coming the other way. We didn't see it today. 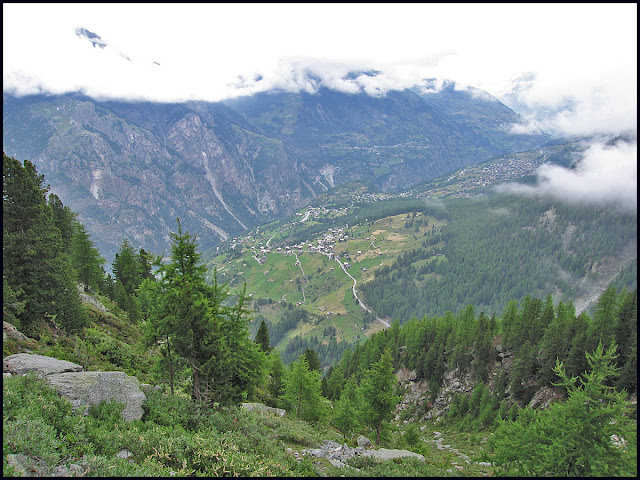 Gasenried was passed at around 4 pm; we didn't visit the village but stayed in the woods to descend right down to St Niklaus by around 5:20. It rained a bit on this last section. My paclite jacket was now also ripped from a wire in a tunnel under a scree slope. The scree slope tunnel had caused more problems than just my ripped anorak. The others were dubious about it as there had been a small collapse inside it - but we got through. [NB Actually this was just before we reached the Europa Hut yesterday, and we met two men with huge axes today, who may have been out to repair the damage.] 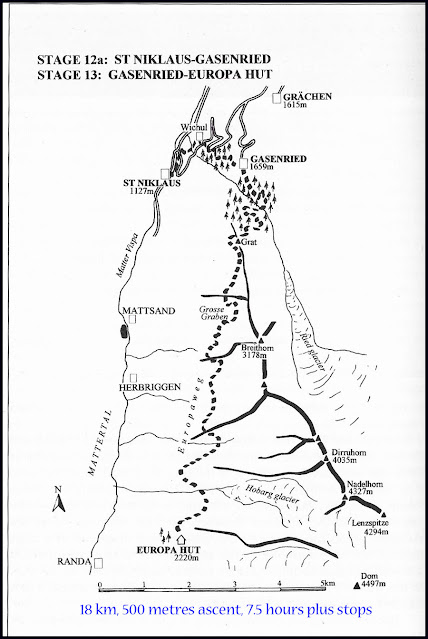 Anyway we found a B&B in St Niklaus. I got a good single room and was recovered enough to do washing and shave, and keep down a chicken salad at a nearby restaurant.

Discovered had been bombed by Al-Qaeda terrorists today - 50+ dead.