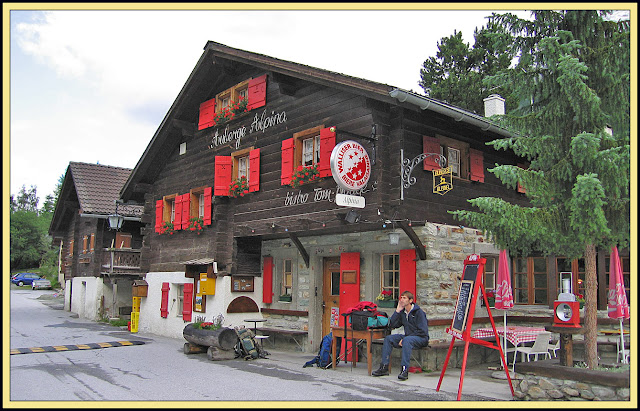 A final day's walk for the other five, before reminiscences of items lost on the trip:*

·         plus many misplaced and subsequently found items (usually Dave Emmett who may have early signs of Alzheimer's).

Auberge Alpina provided a good breakfast - lots of fresh bread, and bowls of coffee. There was then a big job of sorting out the bill. My aim to give a tip misfired and I was later refunded the SF10 to be used for that. 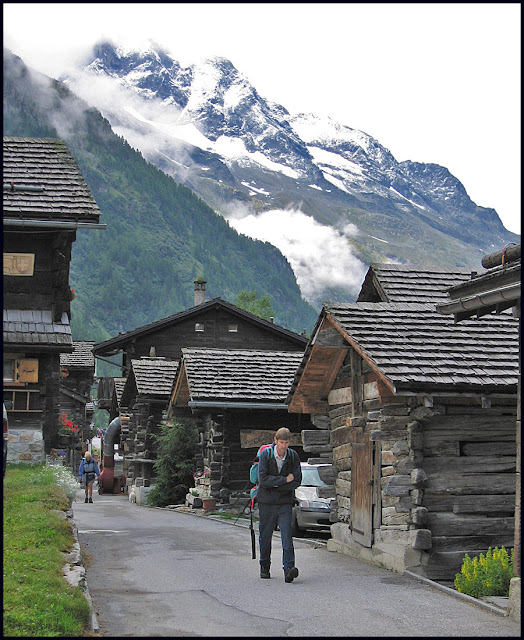 The aim was to get the 9:30 cablecar to Sorebois, but due to excitement in the supermarket only Dave, Sue and I got it. (I don't know what happened - we had agreed on the time way in advance and I'd been ready since 8:15!) Anyway, it was always going to be a short day, and the three of us were happy to wait with hot chocolates / coffee at the restaurant at Sorebois, high above Zinal at 2428 metres. Again though, the high mountains were shrouded in cloud. Zinal from the Sorebois cablecar

Gaynor arrived on the 10:00 cablecar - Betty and Dave had chickened out and would get the bus to the Barrage of Moiry and meet us there.

The rest of us set off at 10:20 but there was a further delay whilst David recovered sunscreen left below in the restaurant. We ascended fairly steep ski access paths and pistes up to the Col de Sorebois - 2840 metres, via the viewpoint at Corne de Sorebois - 2890 metres - 11:45 to 12:05. 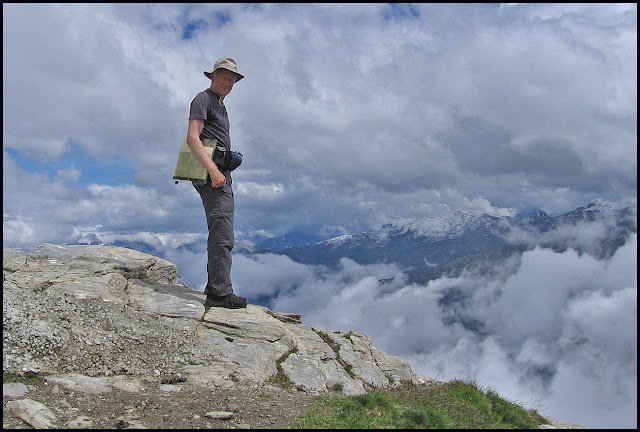 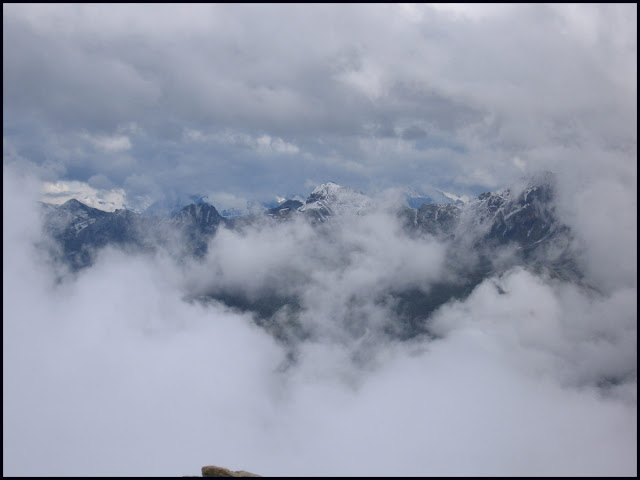 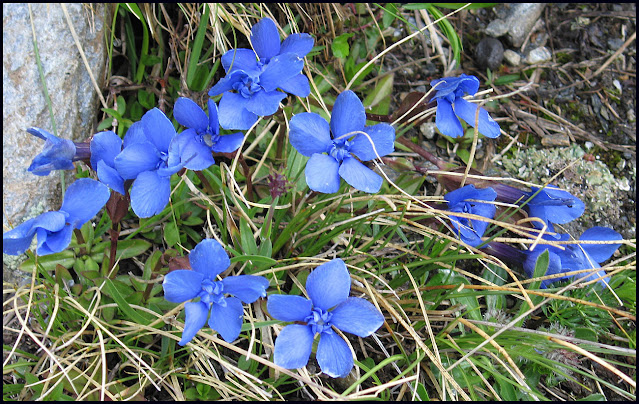 It was clouding over but there were good views of the ridge to the east, and no rain came today. We started the easily graded descent to the Barrage and stopped for a scenic lunch at 12:30 to 13:10, a couple of hundred metres above the Barrage. 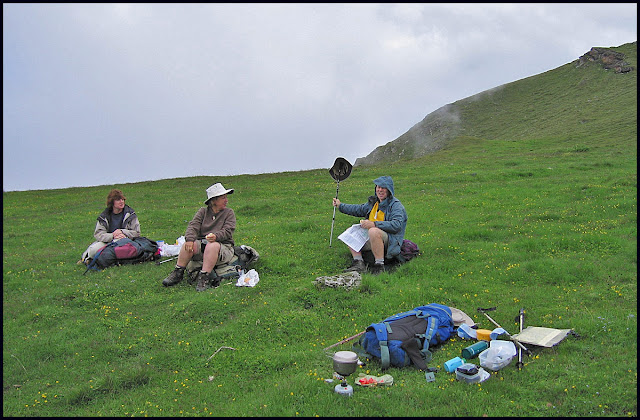 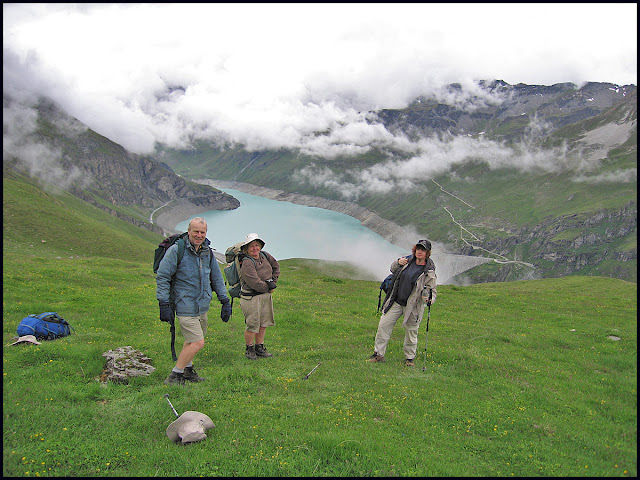 By 13:50 we were at the Barrage - a huge dam. Betty and Dave were there to meet us, having bussed it around. We all enjoyed the walk down to Grimentz - so we left the at the Barrage and descended on good paths to this picture postcard village. 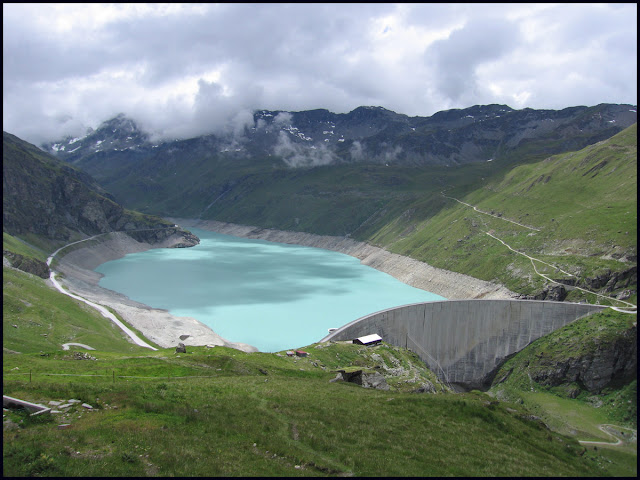 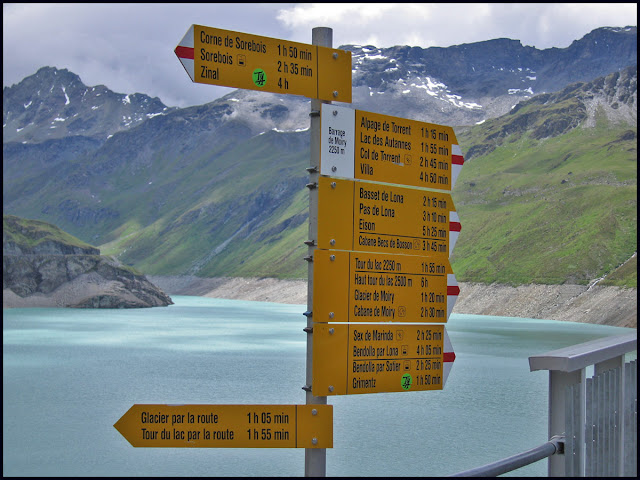 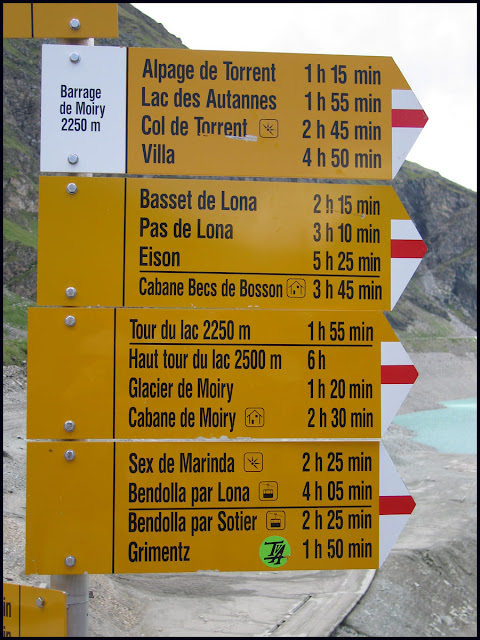 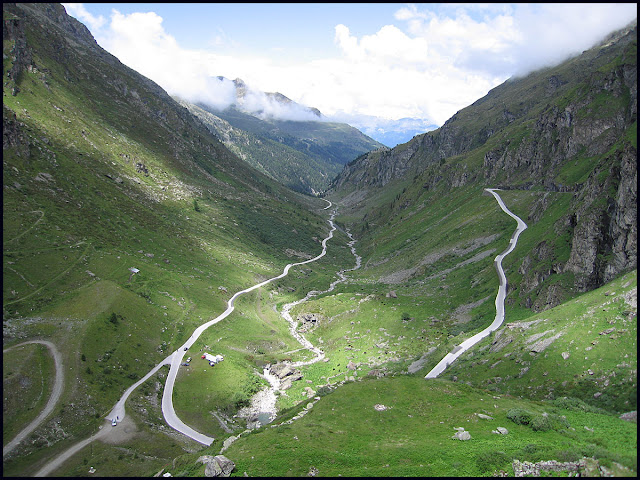 The road to Grimentz 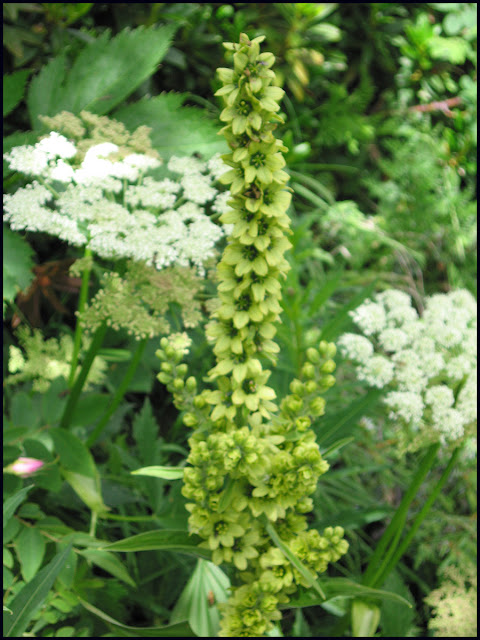 We took it slowly, enjoying the flavour of the alpine scenery. Gaynor had started taking photos of flowers and suddenly realised the extent of the different species!

The roar of motor cars greeted us as we approached Grimentz, where there was a hill climb in progress up the hairpin strewn road from . Lots of different classes, from normal road cars (the 3 litre looked good!) to racers with slick tyres. 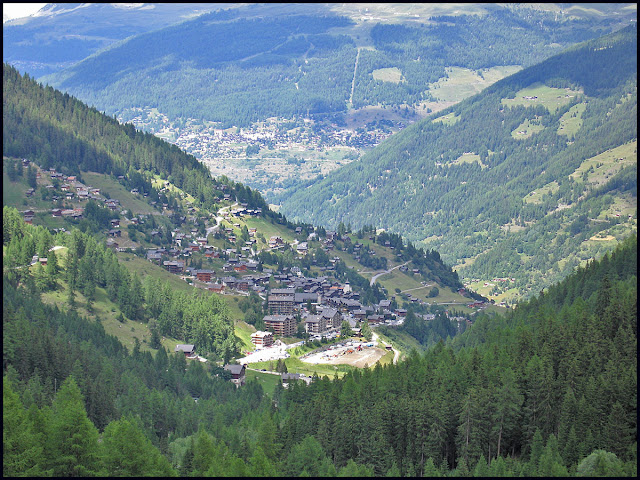 We ambled on down, past a reasonable looking campsite, to the pretty village, and were soon installed in Hotel le Meleze for €34 each, but no breakfast. (16:30) 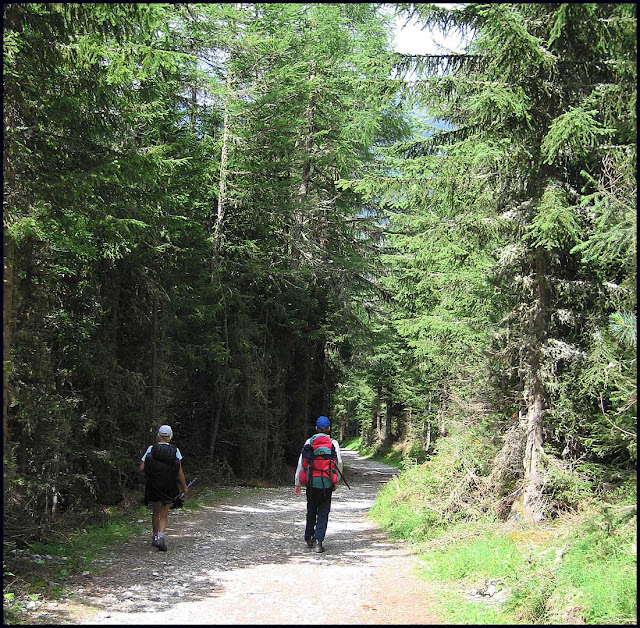 So we wandered around and eventually congregated for a nice meal at one of the restaurants. The others insisted on buying my food (not a good choice - assietes - a plate full of different cold meats, the pasta would have been better given my still delicate stomach). 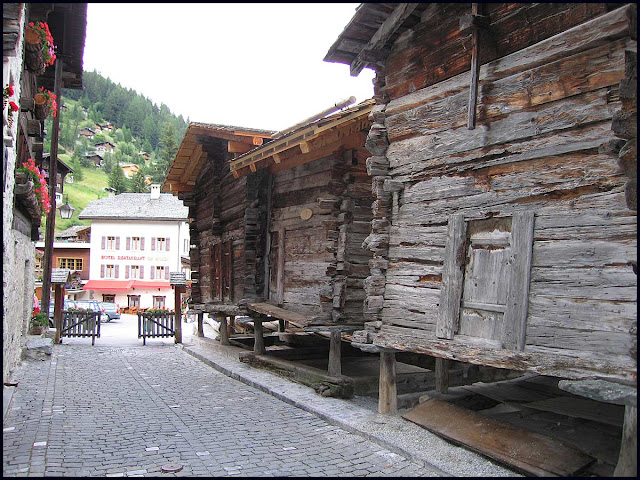 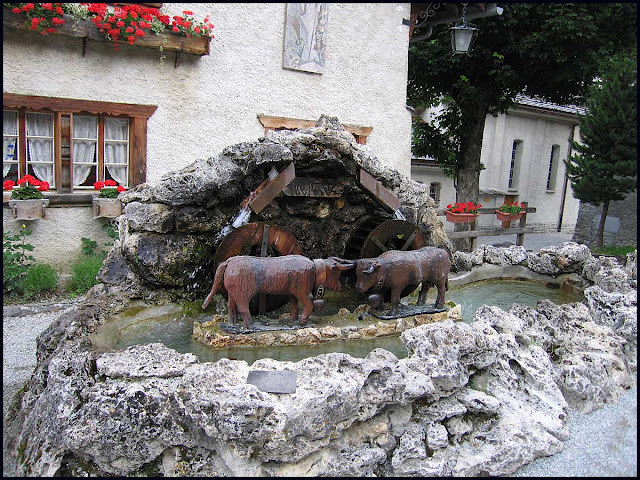 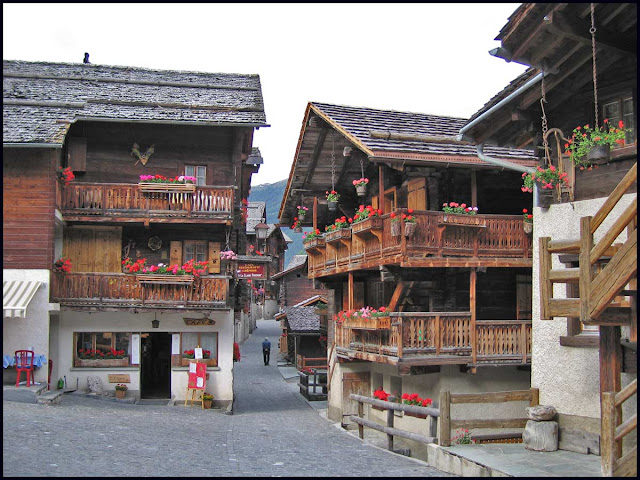 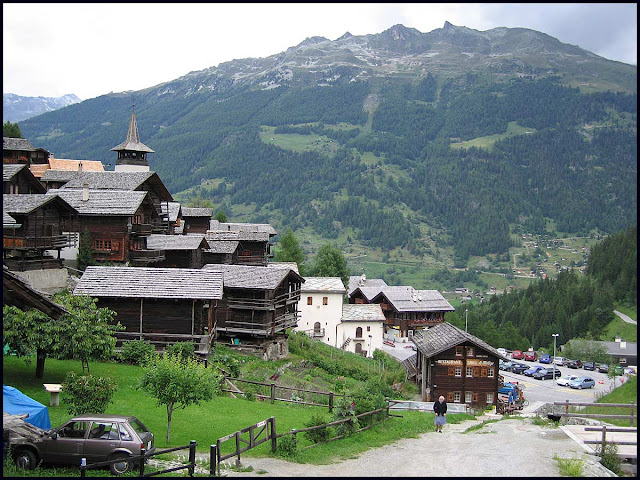 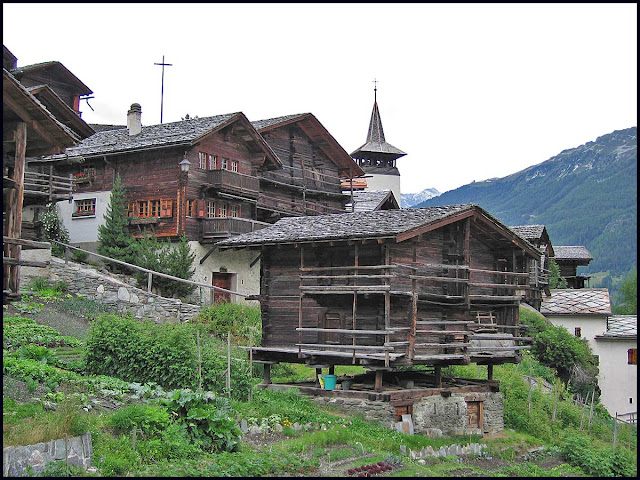 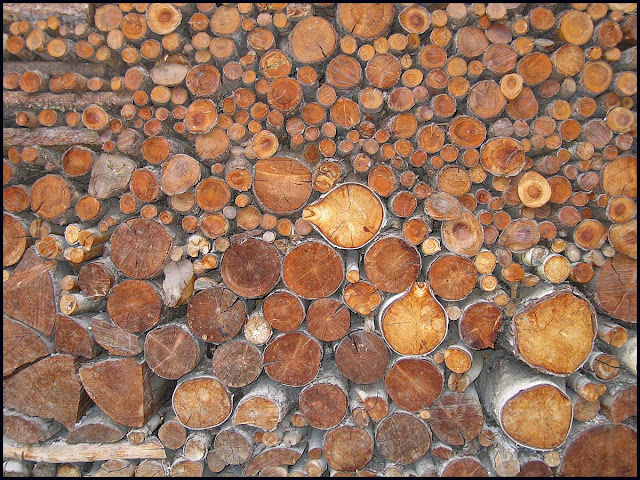 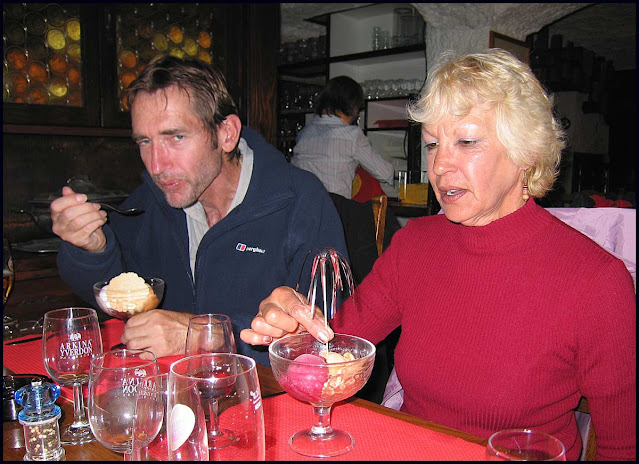 It took Dave a couple of hours to work out the bill - more wandering in this pretty place for the rest of us, then a final round of Uno which Sue reluctantly joined in on and won. 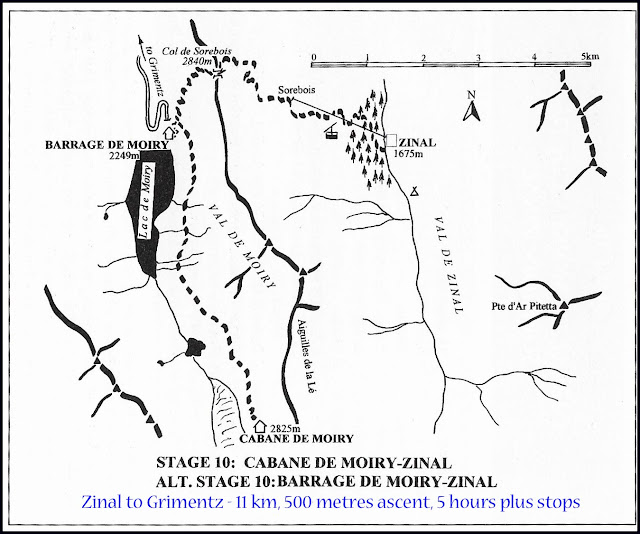 I had snaffled a paper table mat with a map on it, and I spotted a route on a board at Tourist Information, so I adjusted my plans for tomorrow to a high-level rather than a contouring route.

* Note that as well as items being lost, some were also damaged!

And that's just my stuff!