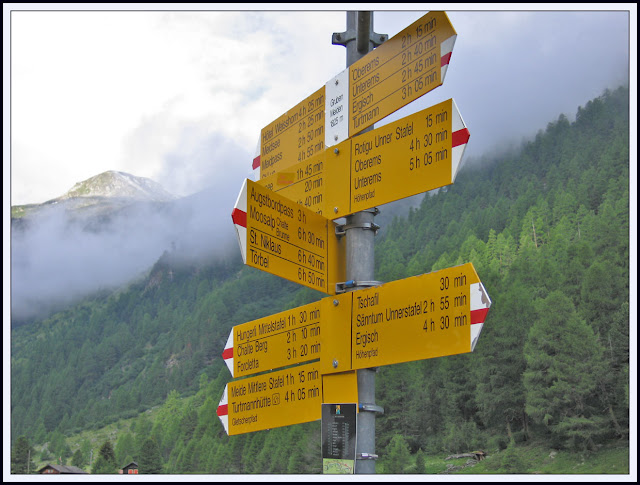 Breakfast was good, followed by an 8:40 start after toilet trips, but no cable car to assist today. After five minutes Sue returned to the hotel for ablutions and I waited, trying to reunite with Sue and David whilst pointing the others up the correct (faint at first) path from Bluarmatt - just up the valley, where a farmer downed his pants in front of Gaynor when she tried to photograph his cows.

Dave and Betty were back with us, and it was a long haul up to Chalte Berg at around 2500 metres, where we stopped for a brew at 11:15 to 11:50 near the site of another of my August 1984 camps. Cloud obscured the spiky panorama about which Showell Styles raves. It will be interesting to revert to the 1984 diaries and photos. (Yes it will! - Ed) A linnet was seen close by on the ascent. 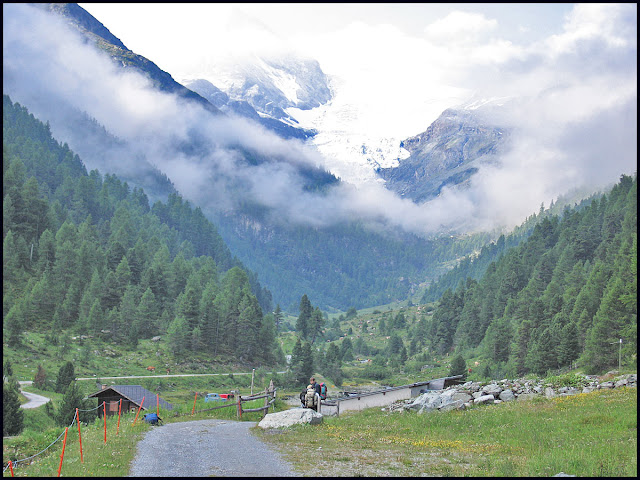 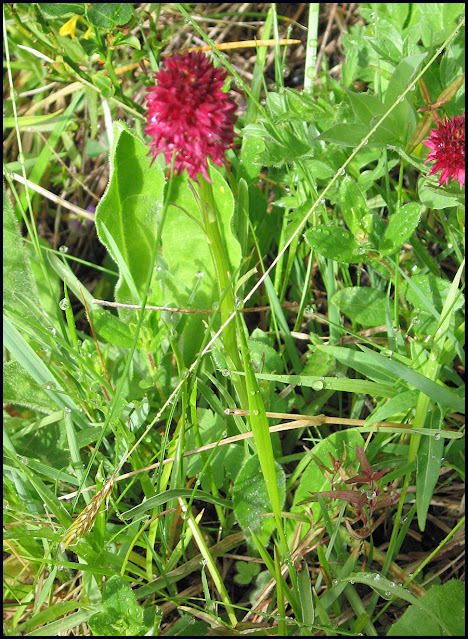 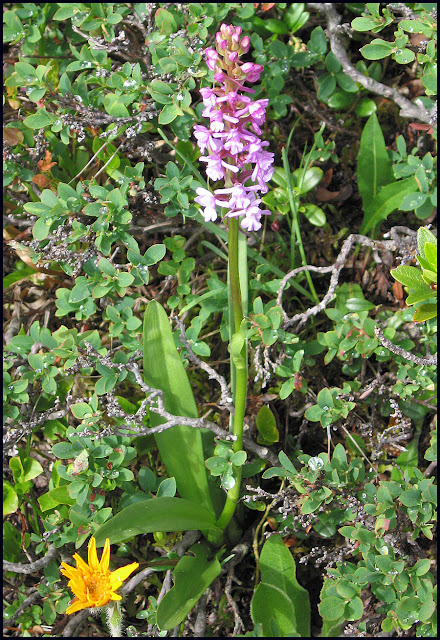 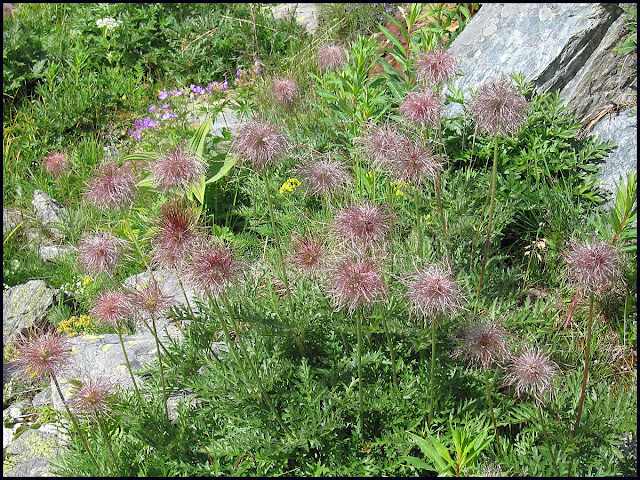 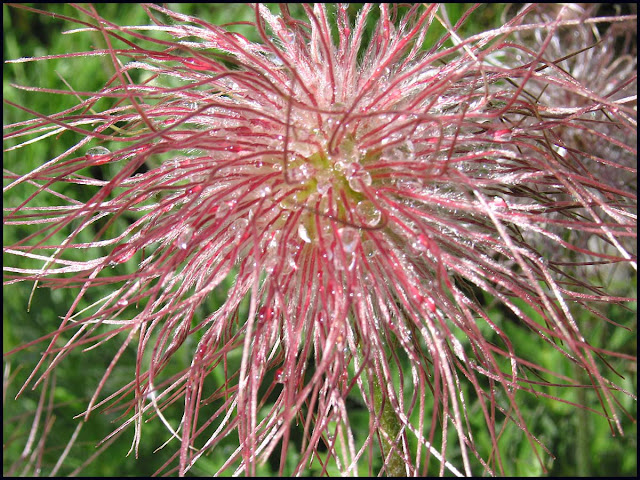 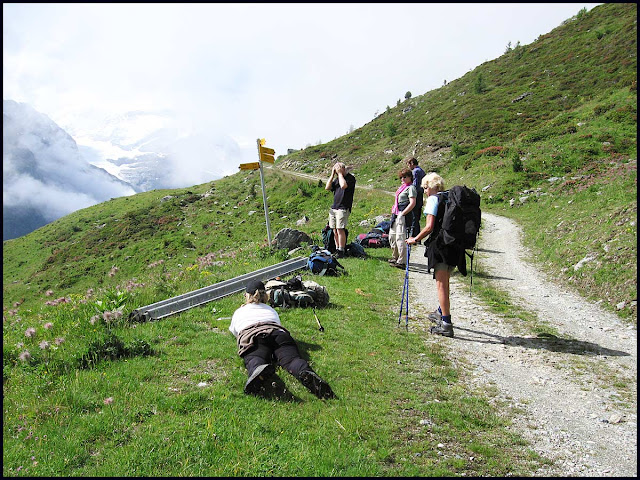 Gaynor (botanist!)
On to the , 2874 metres, where again it was cool, with a little light snow. There was steep snow to negotiate just before the pass and for amusement whilst waiting for the dribs and drabs, I gave a bit of guidance on how to use an ice axe. [I'd brought it so I'd use it!]

Betty struggled with the final section of steep path, and over the snow - she won't do this sort of thing again. The others found it easy, which it was.

We spent only ten minutes on the pass - it was warmer than yesterday's but cloudier. (12:55 to 13:05) The others had found the ascent harder; it was slightly less well graded than yesterday's. 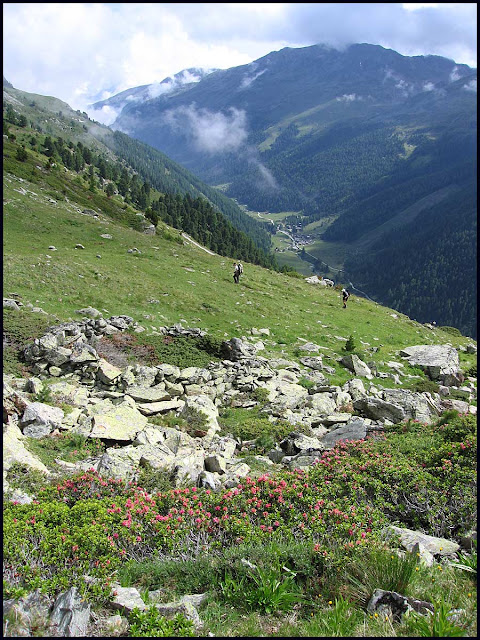 Climbing up towards the Forcletta 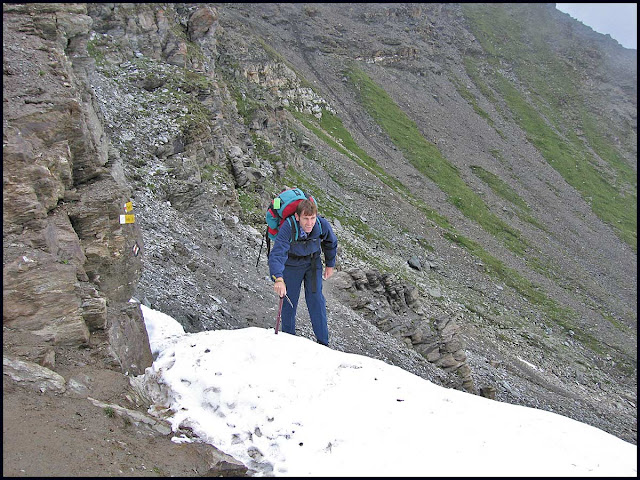 We descended some way over a thin layer of fresh snow to an obvious flatter area where we enjoyed lunch in the presence of a fat mouse/rat, 13.55 to 14:25. 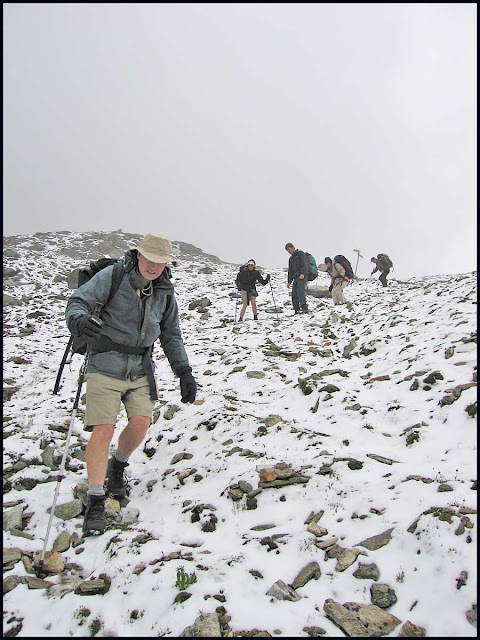 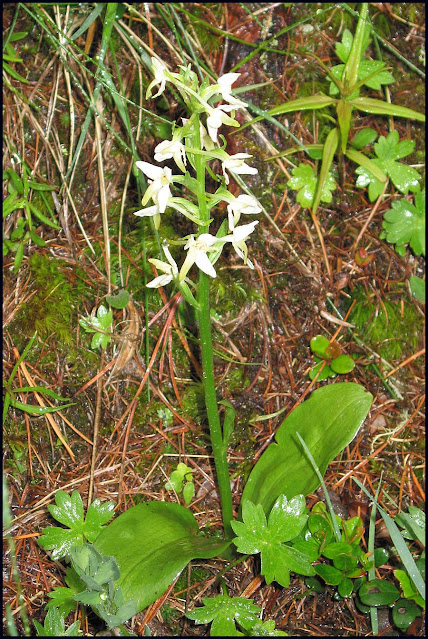 From there we descended slowly in light rain to reach Zinal at 5:10 pm on a now grey day. The Auberge Alpina - Sue had again booked ahead, was warm, cosy and compact, in contrast to the cool and spacious Schwartzhorn Hotel.

The owner was ½ Swiss ½ French and his wife ½ Swiss ½ English.  They had bought the place, next to the campsite, four years ago. It was pretty full and Gaynor would have chosen a single room if one had been available. I got the only one - very compact and cosy and warm. (I remember it well.) All my washing dried easily, even the waterproof socks.

The downside.... only three toilets for lots of people. The Portuguese chef cooked nice meals - I had a salad montagnarde? - salad with saute potato, bacon and cheese, etc. Gaynor had meatballs and potato (dry looking) and the others had the standard half board meal of spag bol, which looked ok. The English wife was ok, but a bit off-hand with us at times and not as helpful as she might have been. Still, we had a pleasant evening here. 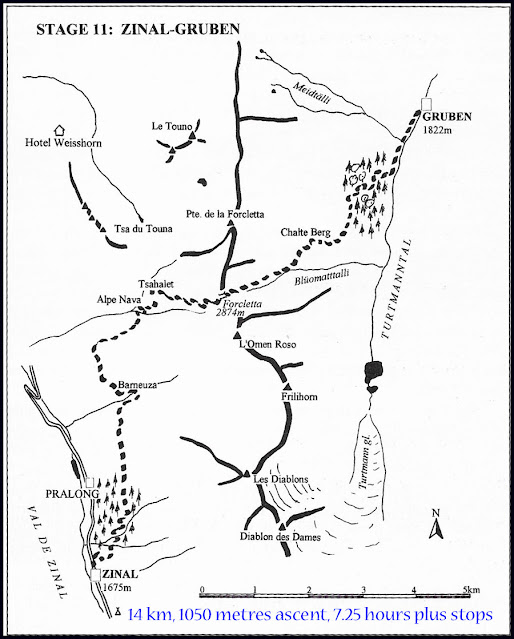 There aren't as many pictures as usual on this trip. Maybe the Canon Powershot S70 stayed stashed away from the rain. Maybe I had a film camera as well and there are a load of prints or slides somewhere. Or maybe I was just feeling unwell and concentrating on leading the group, with Sue doing the accommodation bookings.
Next Day
Posted by Phreerunner at 15:06