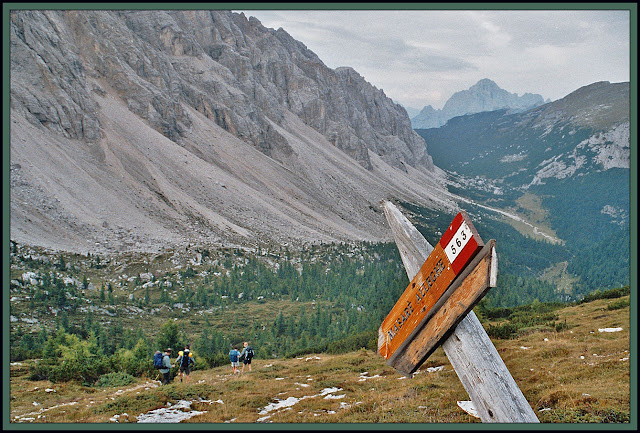 We left Tissi in good spirits at 8:05 after rising early (my bed was shaped like a bath - very difficult to sleep). Not a fantastic breakfast - this wasn't the best Rifugio despite Geoff raving about it.

On an overcast morning we went down path 563, after thirty minutes passing a 'No Path' sign above a likely looking descent route. 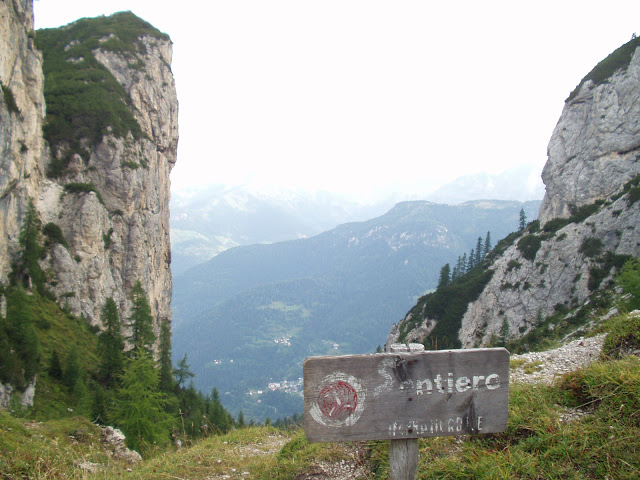 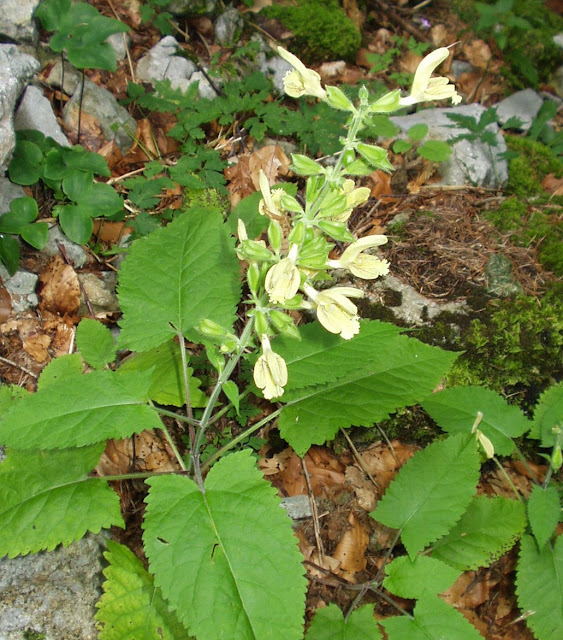 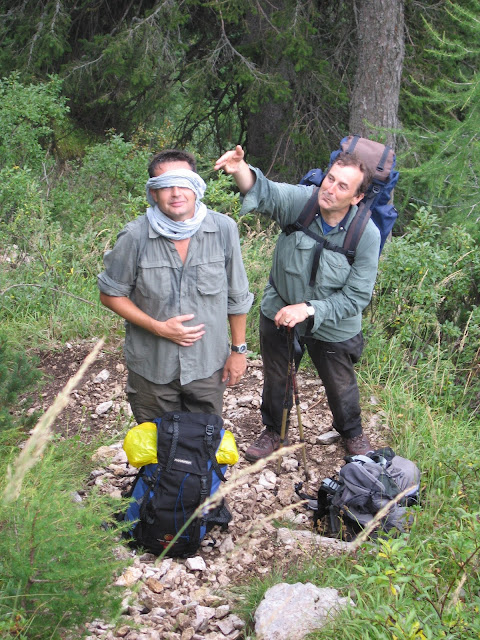 It must have been precipitous, because after another few minutes of scrubby forest trail we suddenly dropped over the edge onto a very steep path. Walking poles and concentration were needed, and there were wired sections as hard as the Nuvolau via ferrata route. It was a little damp and one of the lower wires was very thin. 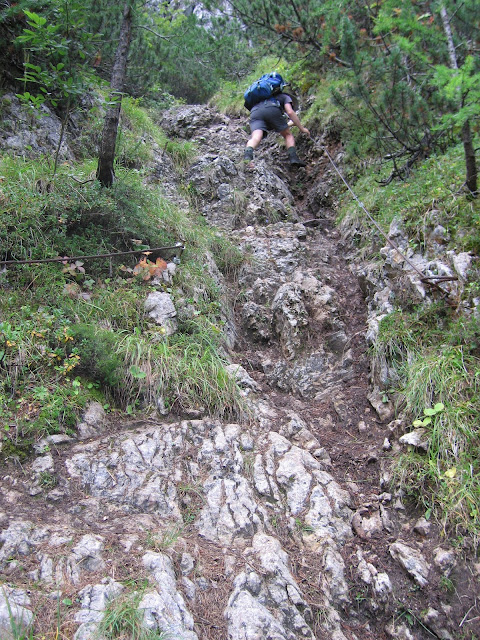 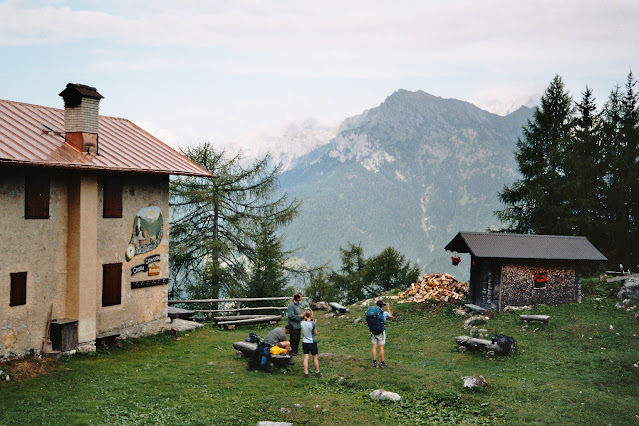 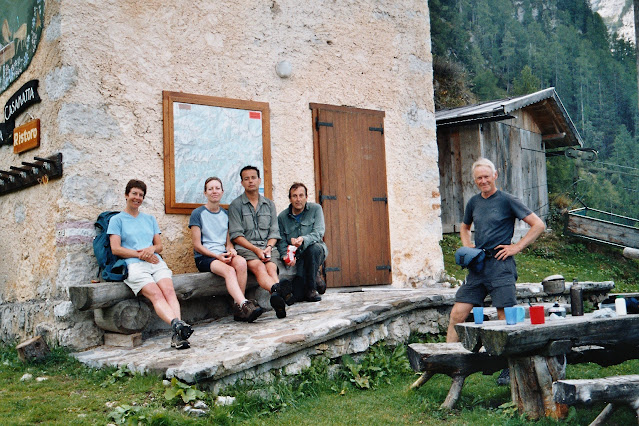 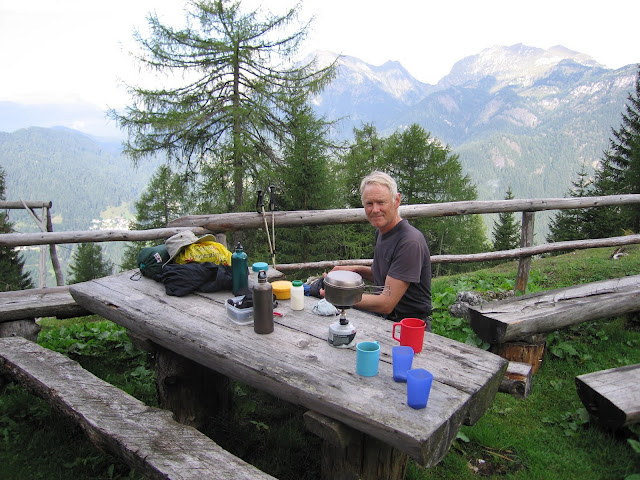 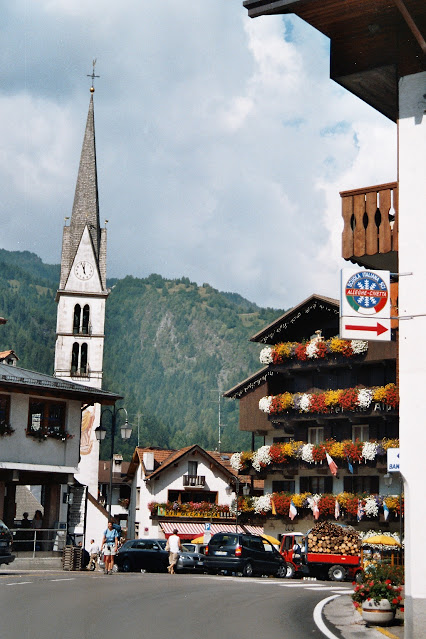 Nobody was seen today before Casamatta, and after that only one runner / mushroom picker, until we got very low down - not a popular route - very steep, but we did notice a couple who were at Tissi, in Alleghe later.

First, a chemist for more Cipro, then beers, then lunch, then outside Tourist Information. 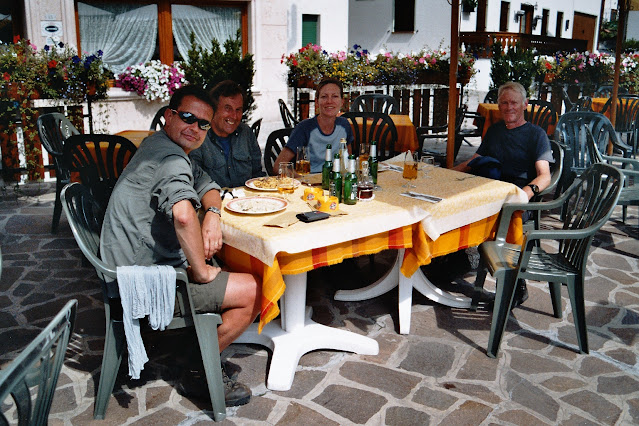 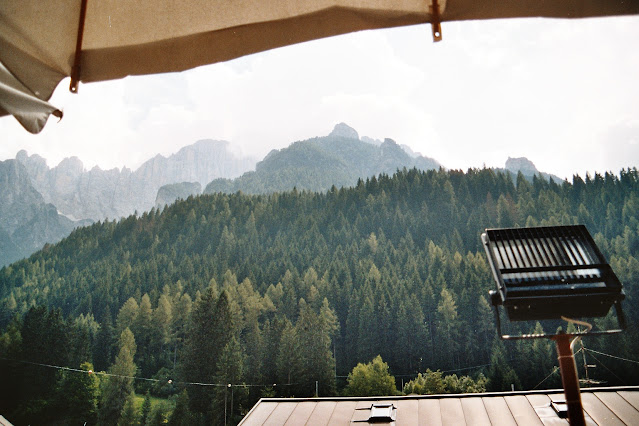 The 'team' relaxes over lunch in Alleghe, at the end of the journey: 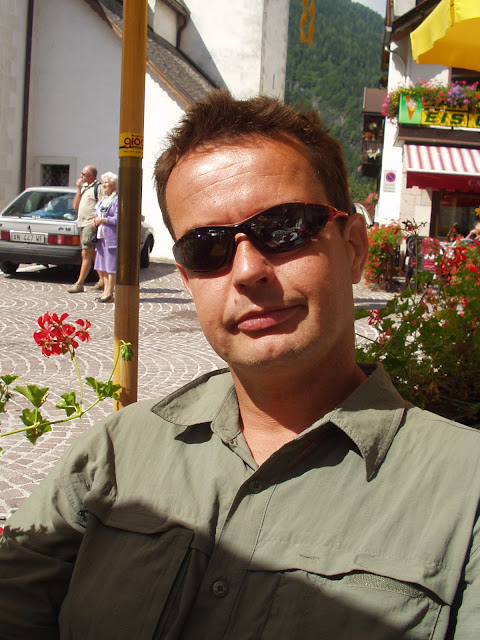 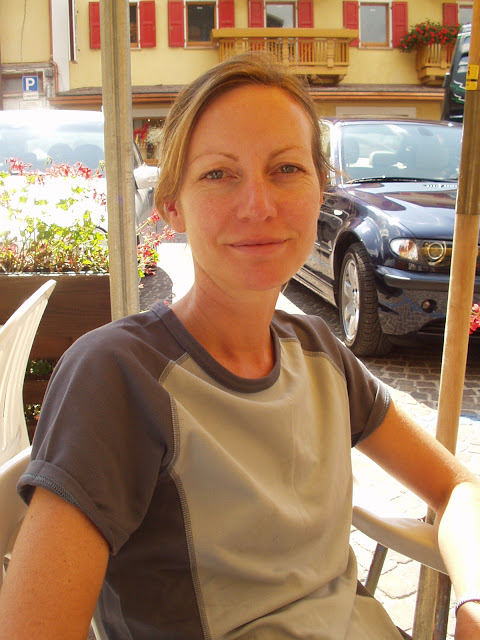 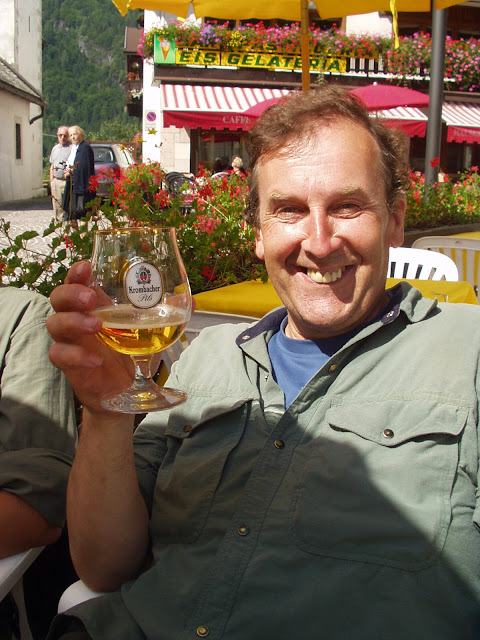 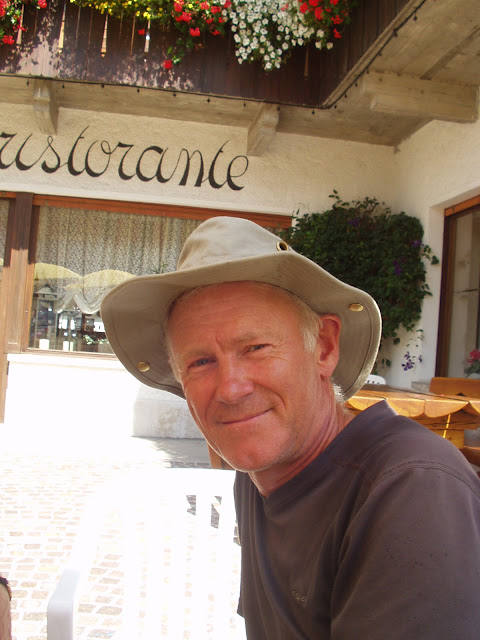 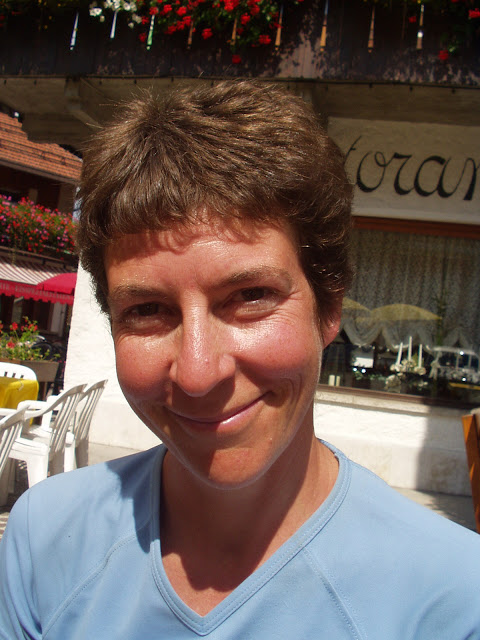 Here's our route to Alleghe - just 6 km, with 50 metres ascent (and 1300 metres descent) Click on any image for a better version 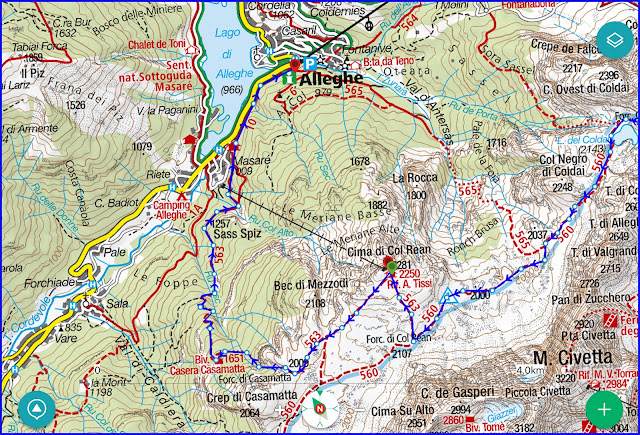 The taxi arrived on time and it took less than 2 hours to get back to Lago di Braies. €170 charged despite having done a deal for €150, but well worth it. 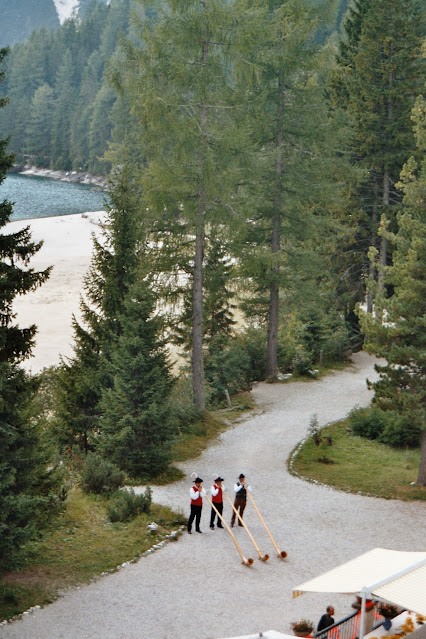 Nice evening at Braies (Hotel Pragser Wildsee) despite no Uno (vetoed by Notchy). An excellent buffet was shared with a big party for Heidi's 70th birthday. Heidi is the owner. There were one or two guided parties eating separately, but this buffet was memorably excellent. However, no sign sadly of Richard's missing waterproof. 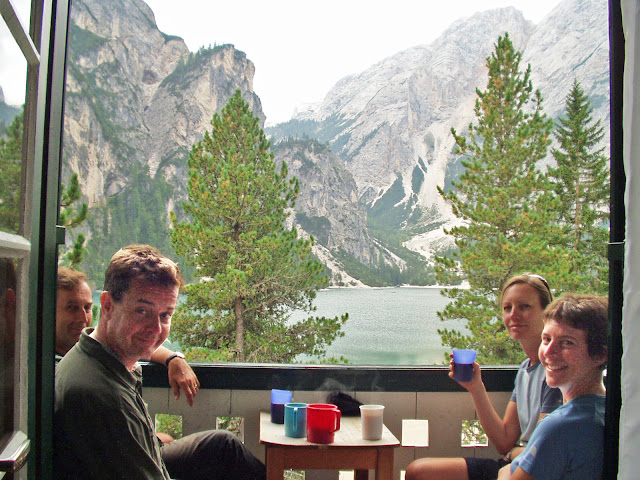 The journey home, and 'Backpacking for Beginners
Another AV1 trip - in 2014 - click on 'Next Day' at the foot of each entry, to flow through the days. There are lots of excellent 'slideshow' photos.
Posted by Phreerunner at 13:36