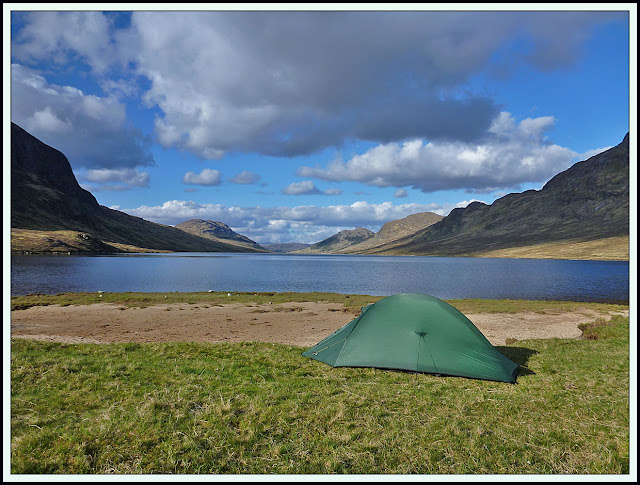 After a splendid day on which I walked from Annat to Lochan na h-Earba via the snowy heights of Creag Meagaidh, I finished up beside the lochan at NN 463 812. A delightful spot on comfy flat turf in good weather, but if it's windy... move on!

The next picture looks towards Allt Coire Pitridh. When I visited this spot more recently in 2019, the whole area was full of film crews and actors. The Crown was being filmed here. 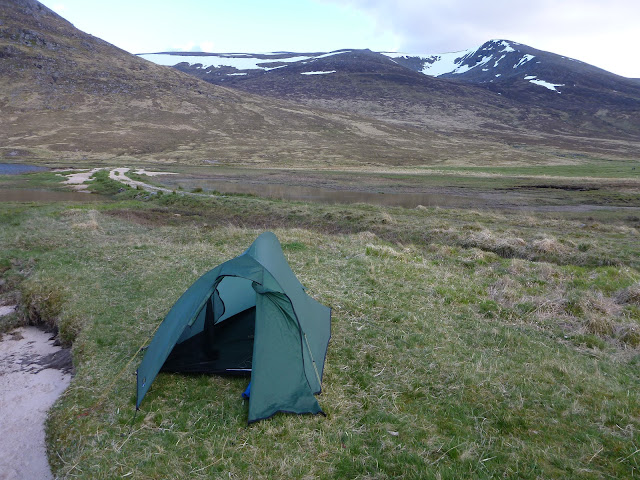 I was enticed by the view towards Binnein Shuas (746 metres), but not by the 400 metres of ascent to get there! 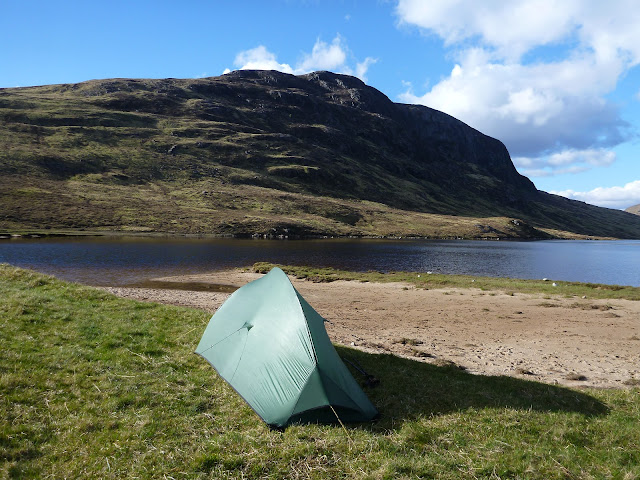 A pan of gruel kept me going, and luckily the ridiculously fragile 'spork' survived another day. They need to be wrapped in cotton wool! 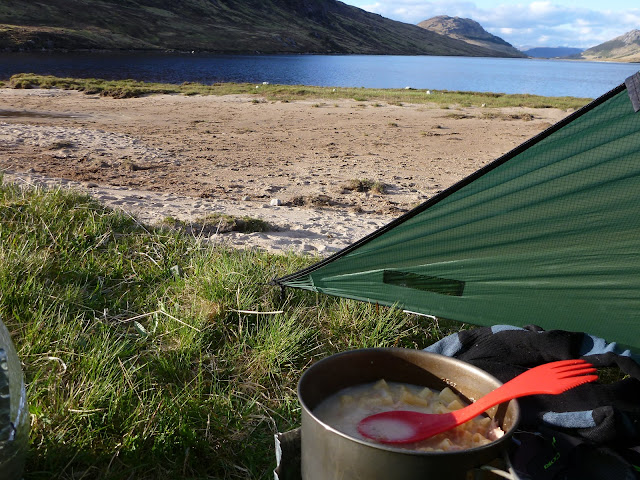 Next morning the lochan was mirror calm. Loads more photos were taken. 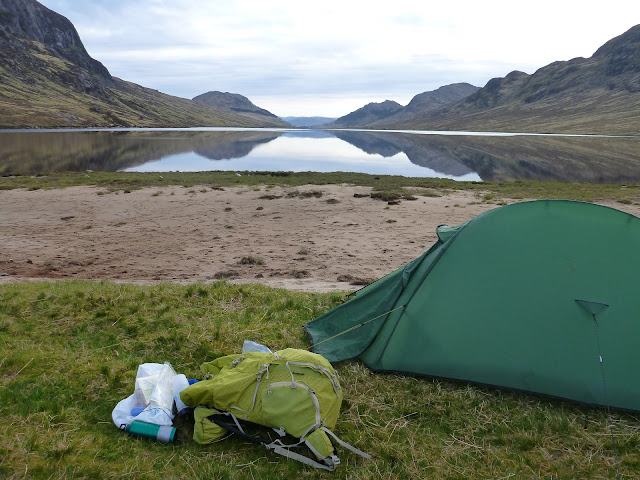 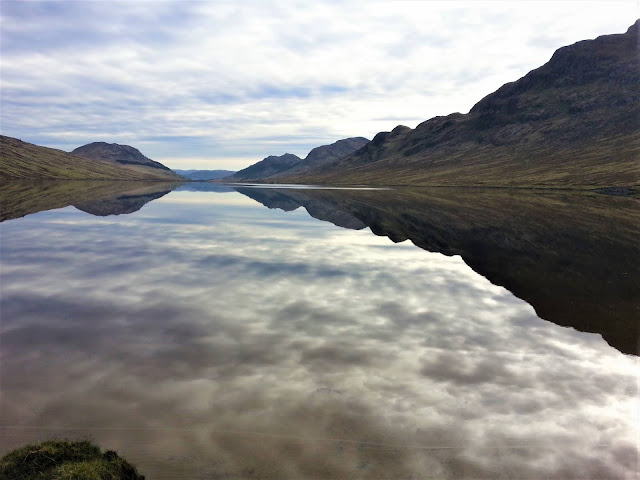 That's it for today. The next few postings may be a bit 'random' - I've just roughly tallied the number of 'unprocessed' picture folders on the hard drive - there are at least 600, so plenty to go at, and then there are the thousands of old slides to be scanned...
Posted by Phreerunner at 14:10

I snapped one of those plastic sporks eating a salad on the train to Inverness before setting off on the John O'Groats Trail.
Walked into an outdoor shop and they were selling two for the price of one.
Much safer with a titanium one.
Nice campsite.

I use the green spoons now. One teaspoon and one dessert spoon. They live in my pack (whichever I'm using - a very small one at present!).

I too found sporks a bit prone to snapping. I tend to use a bamboo one which weighs about 15 grams. Bamboo is very strong.

Am I a rare breed, being a backpacker who has never owned a Spork?

In 2007 or 2008 Marks & Spencer for a short period (no doubt because they soon realised they were not at all environmentally friendly) gave away really sturdy (lexan?) teaspoons as their disposable cutlery. I imagine that the vast majority found themselves in bins (thence into landfill) the same day, but we saved ours and have proved that they are sturdy enough for hundreds of nights of backpacking and day walks. I once came perilously close to leaving them in a public toilet, but have never broken one and they're still barely showing any signs of wear. Perhaps it's because we don't eat noodles very often that we've not struggled with the lack of tines.

Nice one Gayle, and Alan and John. It's amazing what you can cook and eat with a small green teaspoon! On rare occasions when that has been left behind, a credit card (or similarly shaped piece of plastic from my wallet) has proved an able substitute, but not for soup!