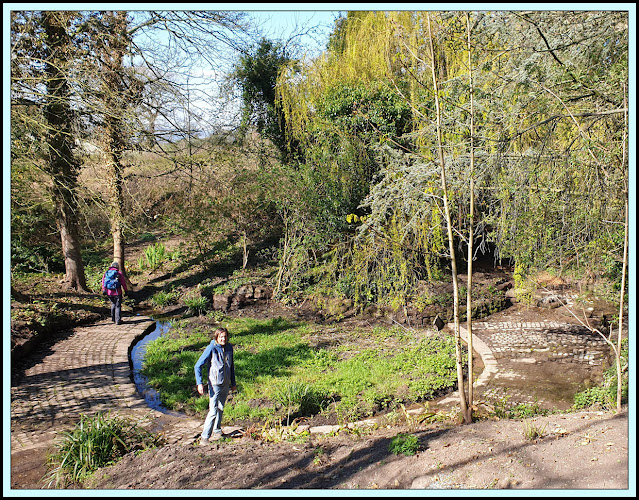 On a beautiful spring day in the Wirral, I was joined by Graeme, Keith and Carol, Judith, who lives locally, and Philip, who I last saw nearly twenty years ago and who has been threatening to come on one of these walks ever since he retired a couple of years ago. I'm glad he enjoyed the outing.

We started this route from Jen Darling's 'West Cheshire and Wirral' book (another route that I'm checking for an updated edition) from Station Road in Burton, where you can park beside the Dee estuary and admire the views over to Moel Famau, some twelve miles away in the Clwydian hills.

We strolled along the road to the picturesque village of Burton, passing the RSPB's Burton Point Farm, and pausing at the pretty and well maintained copse (pictured above - click on any image for a better version/slideshow) where an ancient spring was originally called 'Patrick's Well, but by the 19th century it had become known as Hampston's Well, after a family that had lived in Burton since the 16th century.

The water here possibly served Iron Age settlements, then Anglo-Saxons around 900AD. More recently, records indicate that it was cleaned each year, and able-bodied men were required to help, or be fined sixpence!

There are some lovely cottages in Burton. 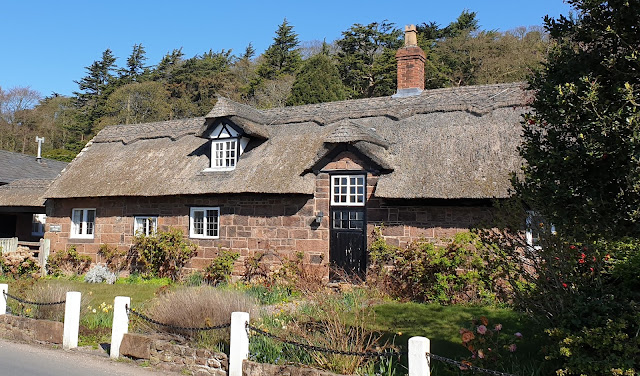 We turned left up The Rake to enter Burton Wood, above the village. 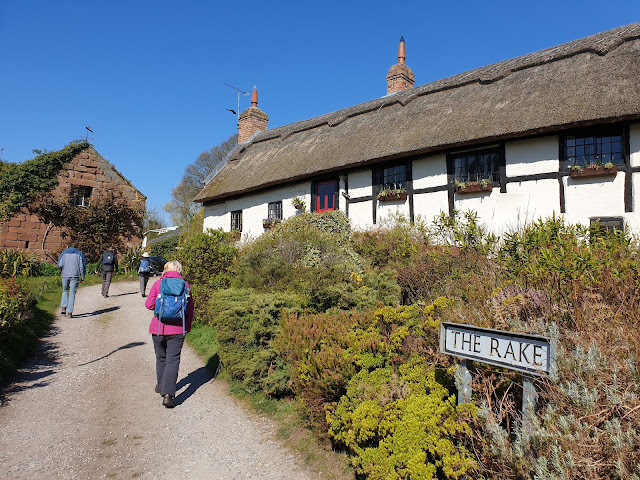 Two graves thought to be of Quakers were soon passed. A plaque provided more information. The graves date from a time when Quakers were thought to have 'an active spirit of evil' and were buried in unconsecrated ground. This is a memorial to the courageous attitude of brave men and women in difficult times. 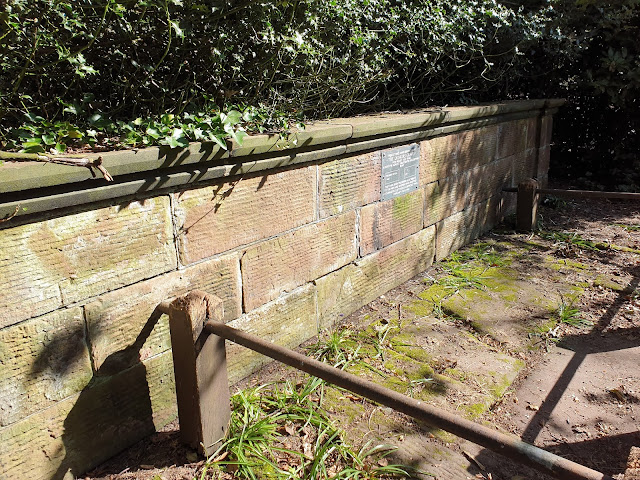 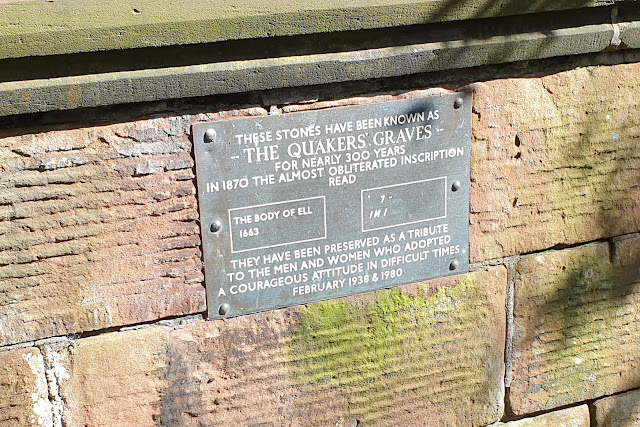 A short diversion enabled us to visit St Nicholas' church, glimmering in the bright sunshine. The doors were locked, but we were able to admire the one-handed clock face, albeit showing the wrong time. 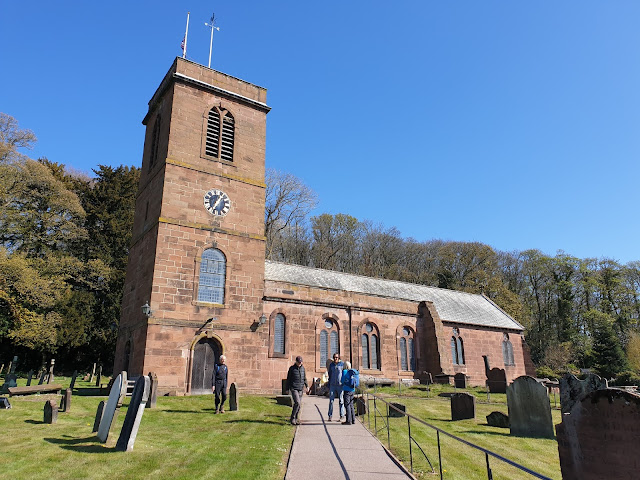 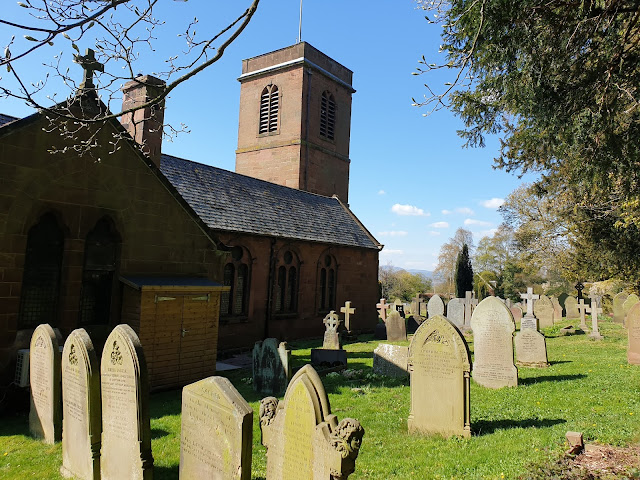 Returning to the path through the 24 acres of mature woodland of Burton Wood, we entered National Trust land through an old iron kissing gate. 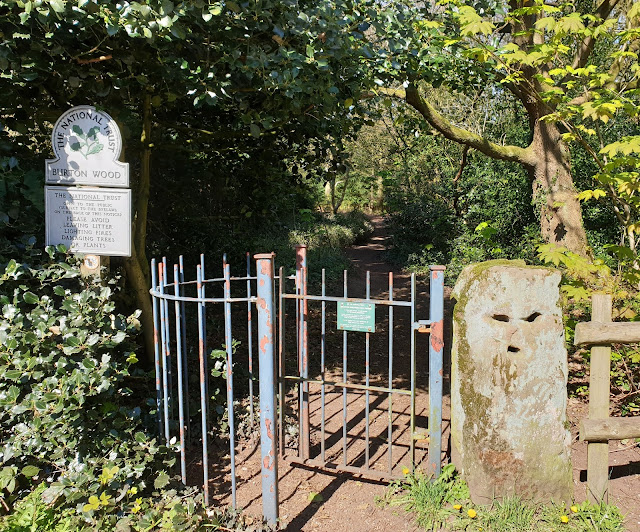 Jen's instructions took us via a convoluted route through the wood, exiting eventually into Mill Lane. The property, 'Mill Wood' was soon reached, but we didn't find the remains of an old mill that Jen records as being present in the 1980s.
After this, a kilometre of pavement walking along the fairly busy Neston Road could perhaps be avoided by taking an alternative route through Haddon Wood. We'll have to try that sometime.
Anyway, we soon reached the Wheatsheaf, after a pleasant path across country to Ness, from where we continued down Well Lane to reach a footpath behind houses that soon led to a convenient spot for a coffee and cake break. 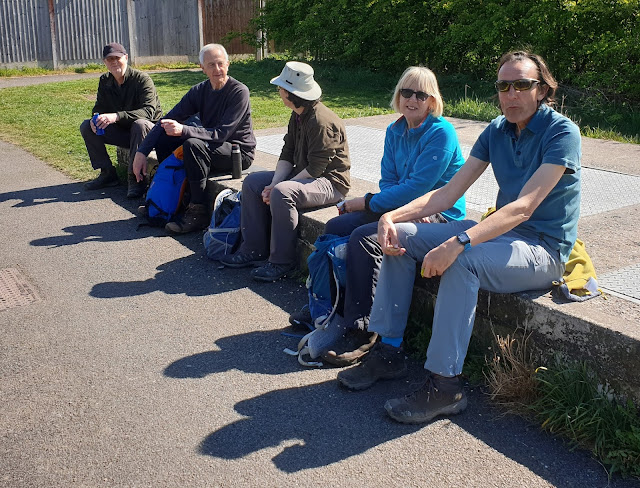 Then it was a case of simply meandering down to the Dee estuary and turning left along a busy path shared with other walkers and cyclists, many of whom had stopped at the tearoom of Denhall House Farm. It was busy. Lots of well spaced picnic tables. We were only a short way from the cars, so we decided against a drinks break here, and headed back for lunch at our starting point, with a superb view across the estuary into Wales.
A lizard with a damaged tail scampered through our picnic site. 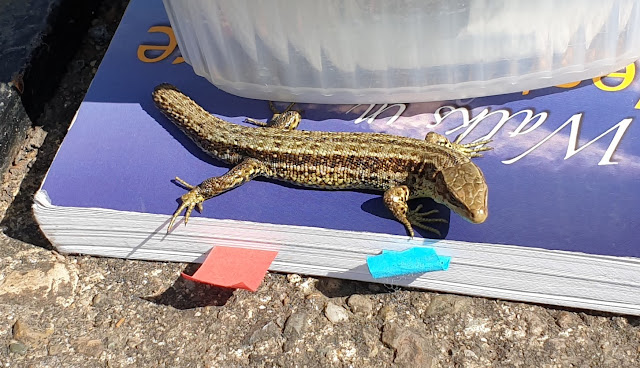 Here's our route - we covered about 9 km in rather less than three hours. 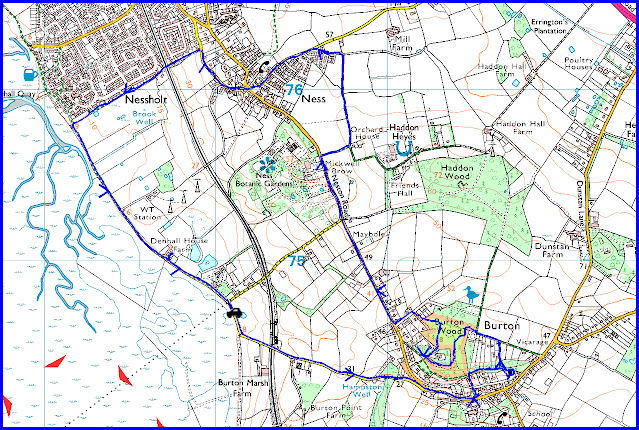 Then, on this lovely relaxing day out, we moved on to another of Jen's walking routes. I'll describe that in the next posting.
Posted by Phreerunner at 22:47

Thanks for your comments, Maureen, it's good to hear that these excursions bring back happy memories.