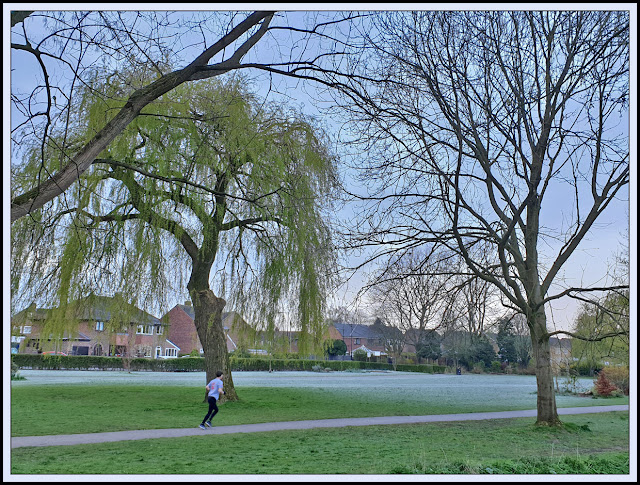 Saturday morning, and Sue is caught on her early morning run in frosty conditions in De Quincey Park.

Then at 9:30 we cycled along to Wythenshawe Park for a chat with a few other parkrunners. Only the brave (or foolhardy) made it through the blizzard of wet April snow. Jeanette turned back and wimped home; Rufus was looking decidedly miserable; Laura was still on a high after completing the purchase of her new home in Northenden; Paul was on Cloud Nine (one less woman in the house? - just joking!); Jenny and Owen had a pretty umbrella, and the Likely Lads had frozen knees. 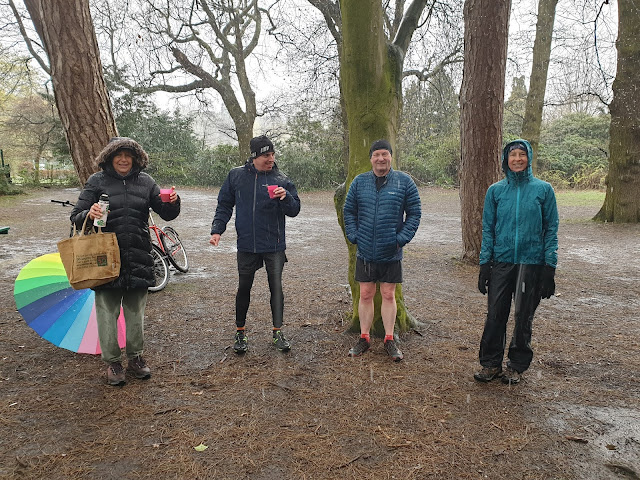 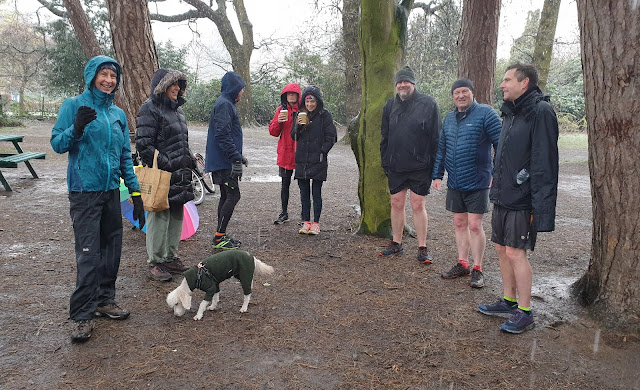 The children's playground, a hive of activity last week, was deserted. 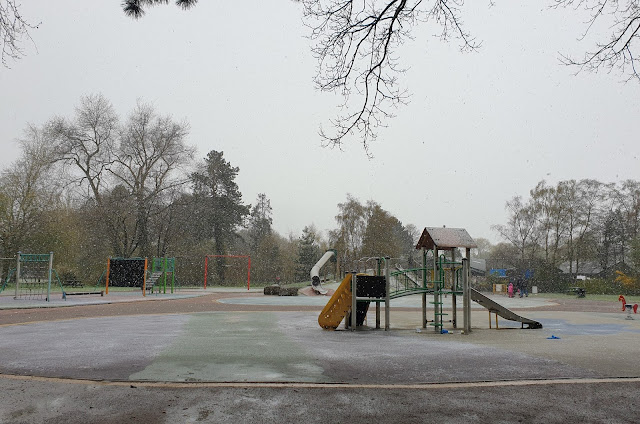 That was yesterday. We were glad to get home, turn the heating on, jump in a hot bath, and venture out only to feed the birds who seem to have come to rely on us - currently blackbirds, dunnocks, wood pigeons, feral pigeons, assorted tits, robins, goldfinches and house sparrows. We'd planned to visit Andrew in Lower Withington, but he had to make do with a 'Zoom'.
Today we woke to fresh snow and blue skies, so before taking food supplies to Dot in Eccleshall, Sue and I enjoyed a stroll down the towpath towards Altrincham. Here's the view from the towpath alongside Timperley Brook. 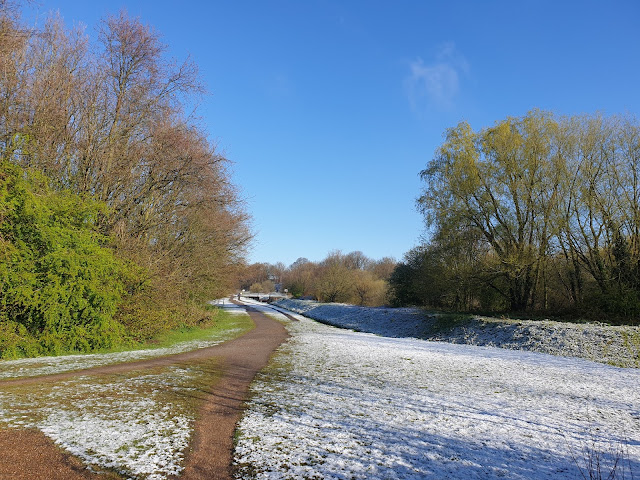 We made up a 5 km route that qualified for (not)parkrun status, including a walk through De Quincey Park, which as so often provided fodder for the camera. 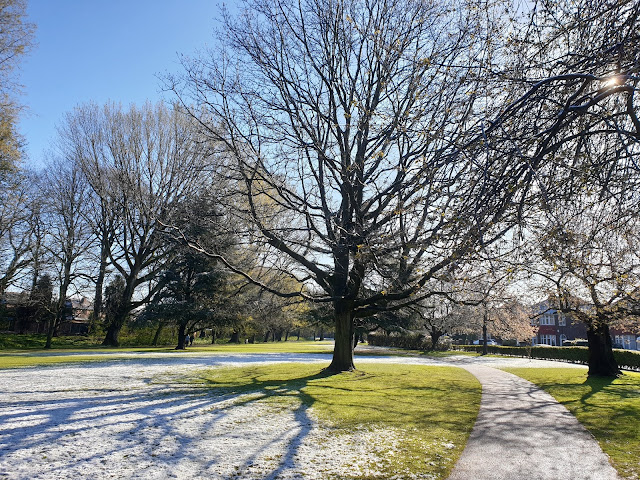 We are still getting straight at home after the new carpets / decorating, etc, a little progress having been made this weekend.
Doesn't time fly, even under Lockdown!
PS First ducklings seen on the canal on 13 April.
Posted by Phreerunner at 18:46