A 5km running (or walking) route in Timperley

Here's a 5km route for anyone in the Timperley area:

Start at the footbridge between Frieston Road and Walton Road.

Go down Crossway Road, opposite the path to the canal.

Take the first left down Manley Road, following a blue sign to the A56 road.

Then go left at the end to reach the A56, which is crossed at the pelican crossing.

Turn left for 20 metres past a parade of shops, then turn right through a metal kissing gate before the bridge over Sinderland Brook, passing a Woodheys Park sign. 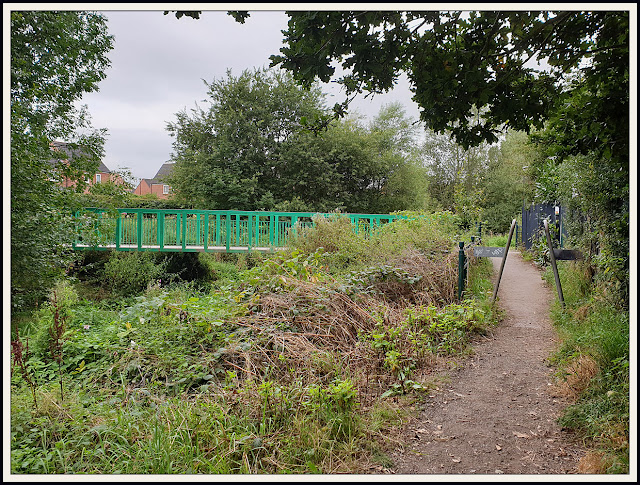 Go left, over the green bridge (1.4km). Keep left, then straight on across a minor road.

Pass benches, then turn left immediately after a children's playground. Reach the entrance to Turnbull Road, where you turn left along the main road (also called Turnbull Road).

After 200 metres, cross over and go down the ginnel marked by a footpath sign. Cross the railway line, turn left then immediately right to continue down the ginnel to reach Lindsell Road.

Turn left and go to the end of the road, where it meets the A56. Turn right, and cross over the A56 to take the first left, Hartington Road (2.6km).

Go to the end of this road, and through the bollards on the right to reach Timperley Flood Storage Basin.

Turn right along the embankment. At the furthest point, turn left beyond the football pitch and follow the gravel track, which after a while veers left, away from the canal.

Go beside Timperley Brook to Kingfisher Bridge. Turn right over the bridge. (3.6km) 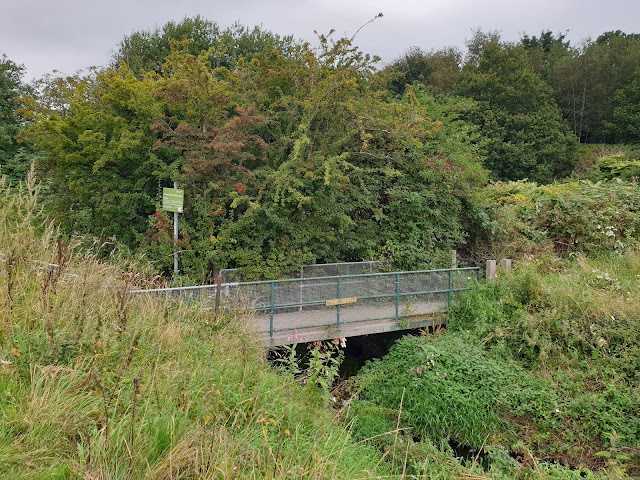 Follow the narrow path straight ahead all the way to the canal, passing a green bench on the way. 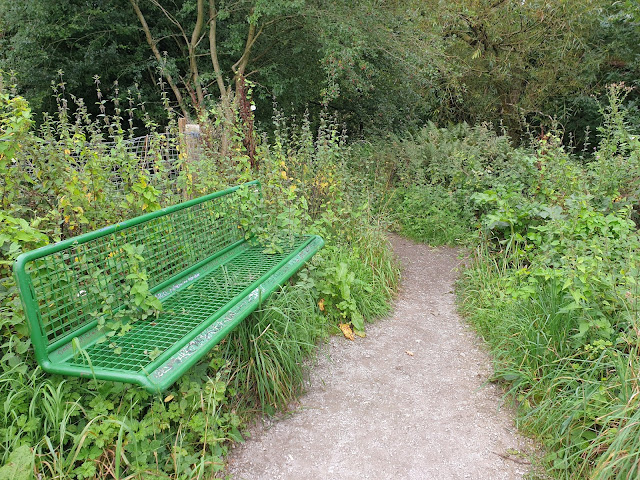 Turn left along the towpath, soon passing under a bridge housing the disused railway. (3.9km)
Go under Timperley Bridge (4.3km). Continue to the first set of white railings on your right. Turn left here (4.8km) then follow the earth path to the right, before the ginnel and behind the houses. Dodging the tree roots, this path returns you to the start in just a few metres more than 5.0km.
Here's the route - the blue line, anticlockwise. Obviously, you can start and finish at any point on the circuit, and there are lots of minor adjustments available - such as going through the beautiful De Quincey Park when the Woodheys path is muddy.