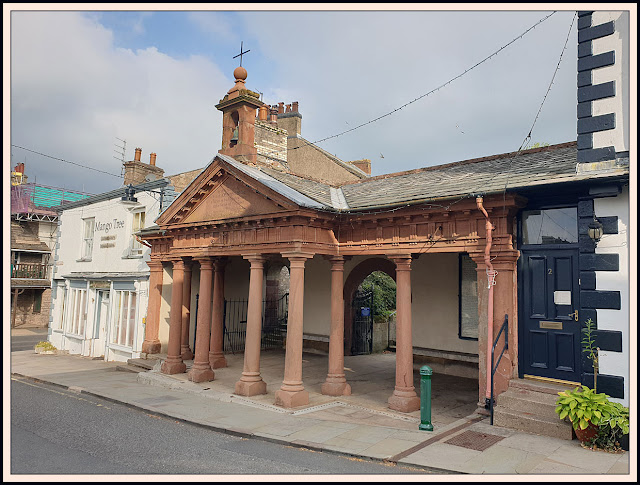 For a better version of any of these images, click on the image - that also gives access to a slideshow

An hour and three quarters' drive from home to Kirkby Stephen's Christian Head car park, and I was soon setting off at 9:45 through the town. 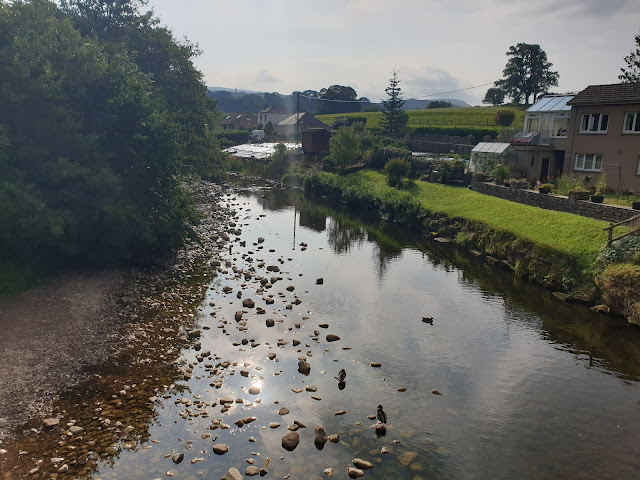 A view from Frank's Bridge 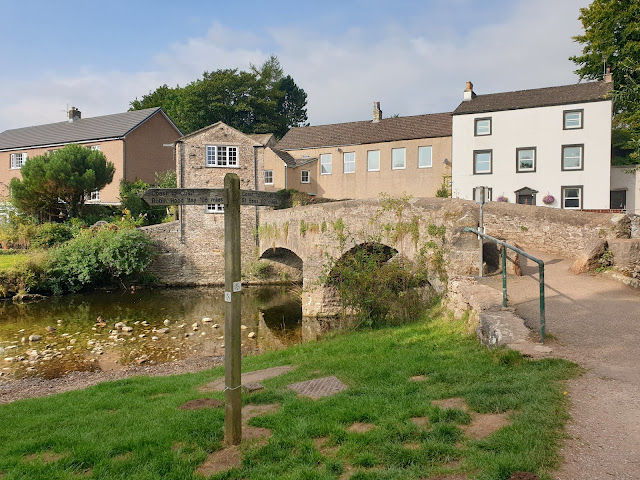 The signpost at Frank's Bridge
The path leads pleasantly under a leafy canopy, past a bench on which I finished my lunch a few hours later. 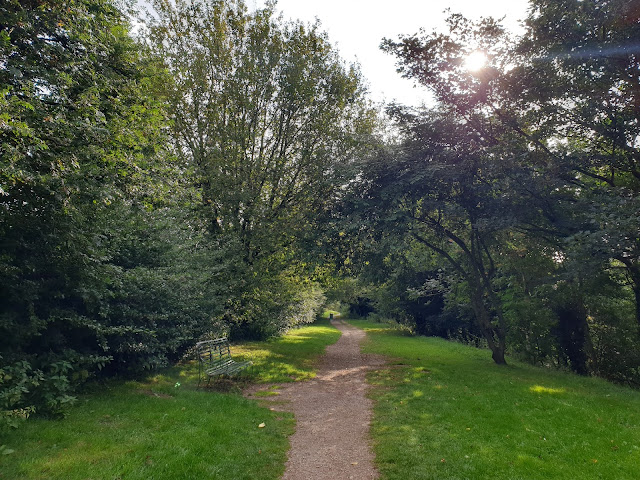 Whilst the C2C route heads boringly up past Hartley Quarries, I favour a more scenic alternative that passes the old barn pictured below, on its way to a footbridge across Pod Gill. 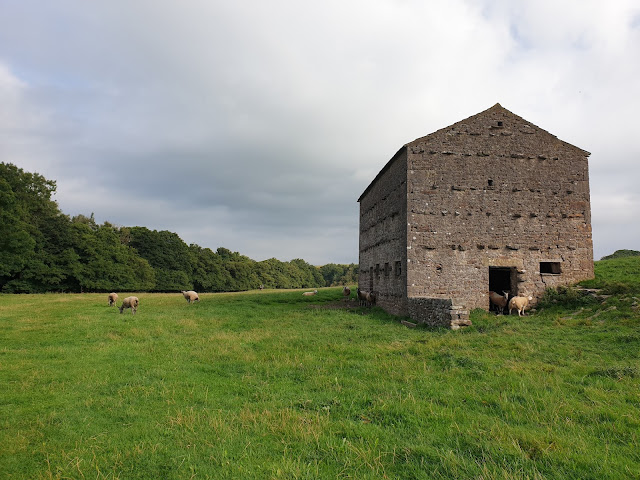 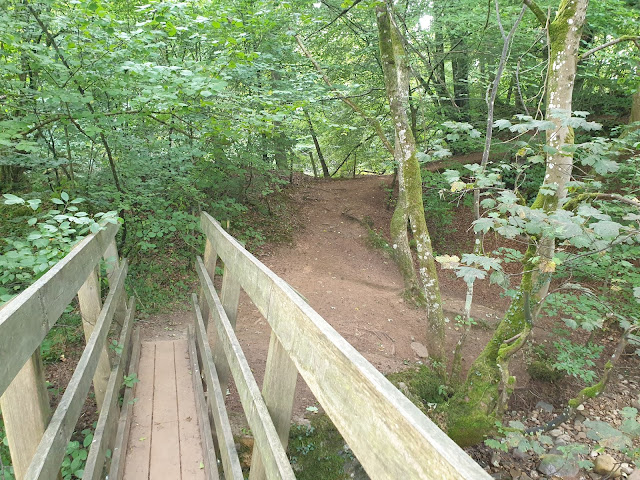 The path soon went over a railway bridge, under which folk were strolling along the disused track, then it entered woodland in the vicinity of Ewbank Scar, from where the hills beyond Brough grace the horizon. 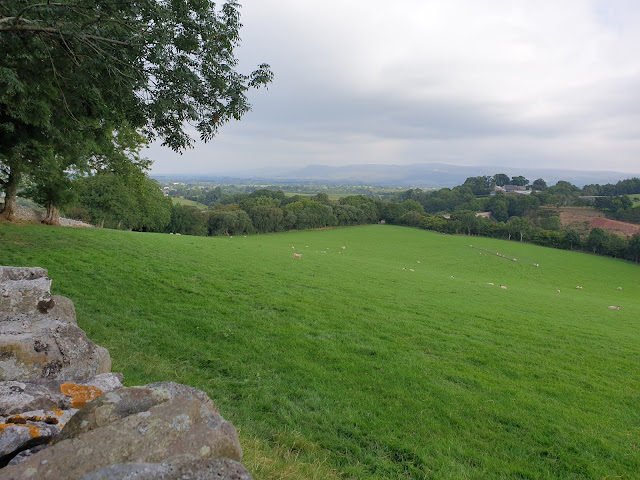 The path continues in an easterly direction to Ladthwaite. Not all the stiles are in good condition, and the broken fences are trip hazards. 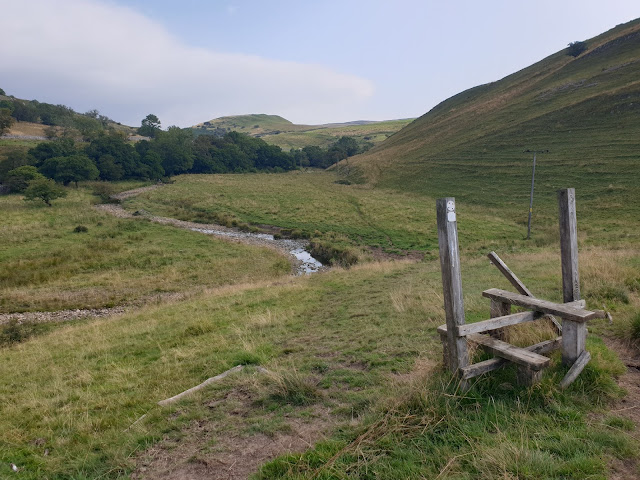 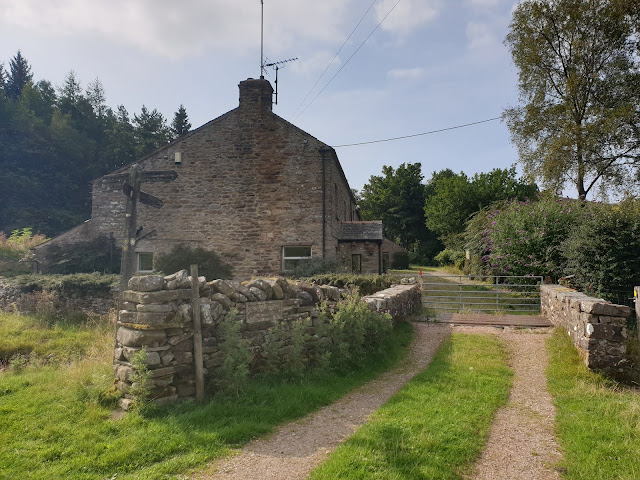 Ladthwaite
Below Birkett Hill I briefly rejoined the C2C path, with views across Hartley Fell to Nine Standards Rigg, seen on the horizon in the next picture (click on it to view it properly).

Now, to my right, I could see my distant target, with people gathering on the summit of Tailbridge Hill. 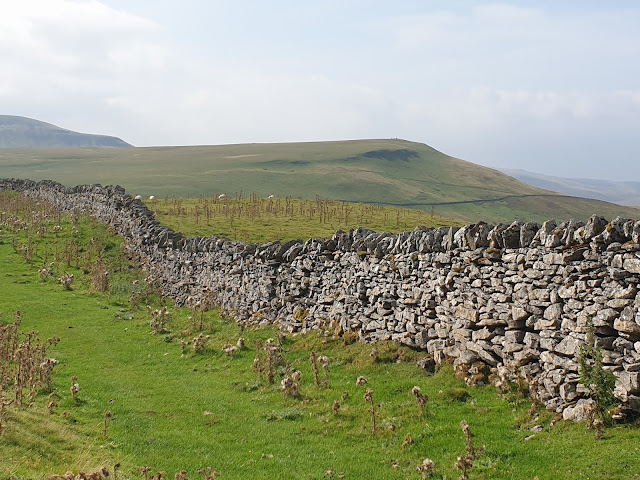 It was a circuitous route to get there, passing around the head of Dukerdale. 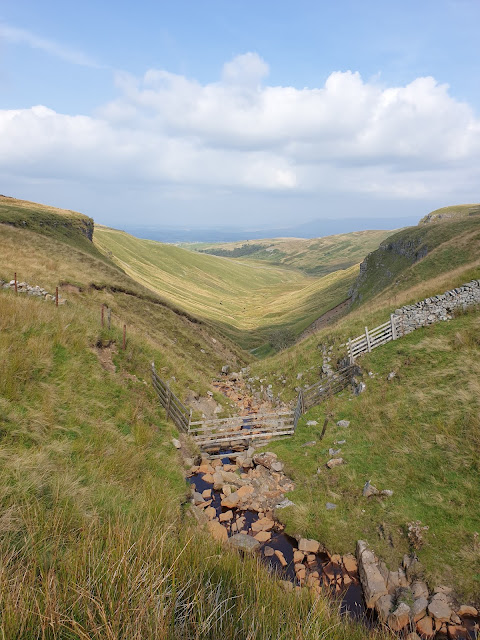 Now to the purpose of this walk - to join the congregation of Peter Goddard's family and friends at 12 noon, to celebrate his life at one of his favourite places. Peter sadly passed away a few weeks ago. 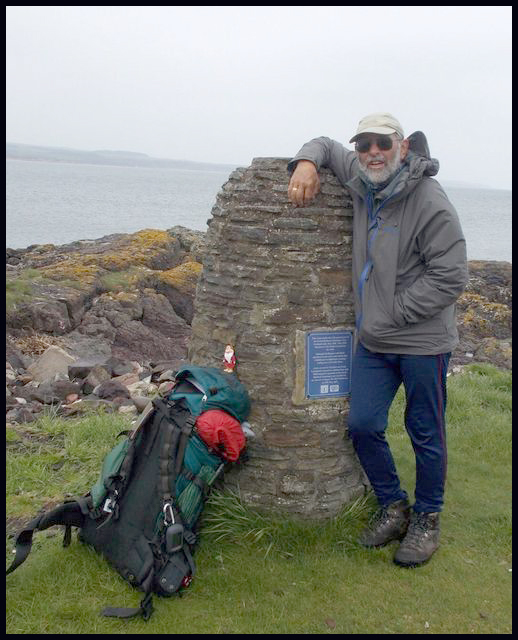 Peter - not on Tailbridge Hill!
The next few pictures were taken at the picnic, during which there was a toast in memory of Peter. 30 to 40 folk were in attendance, including members of the local mountain rescue team, and a good number of TGO Challengers. Peter was a veteran of many Challenges, and an esteemed vetter of routes. He will be sadly missed. 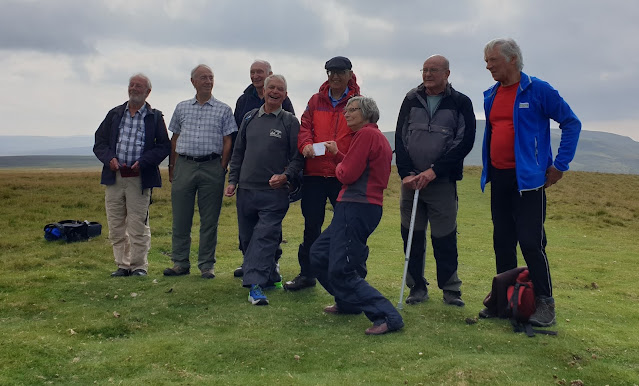 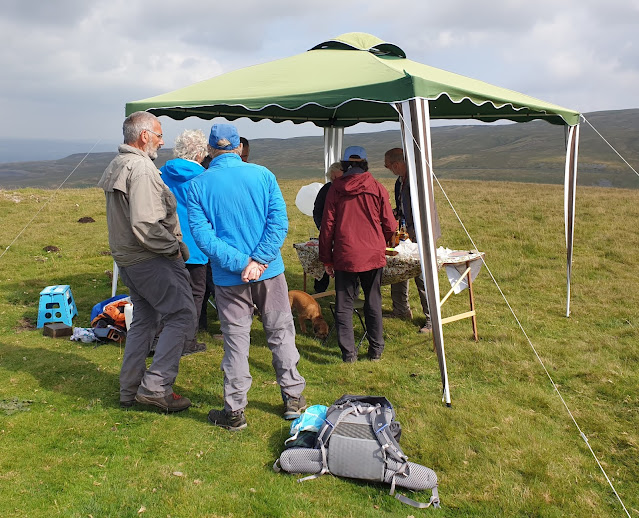 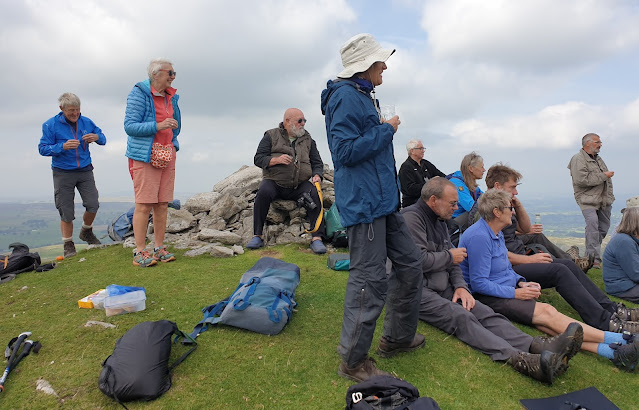 ... and raise your glass in a toast to Peter 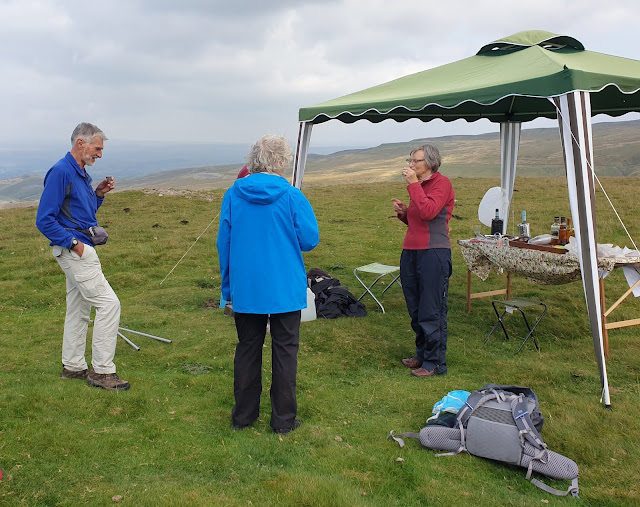 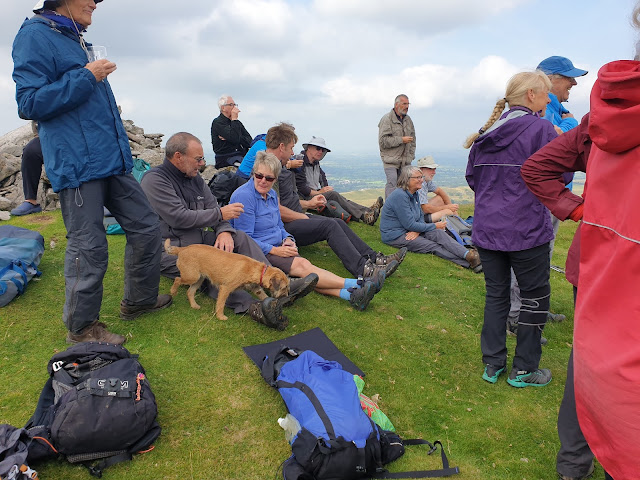 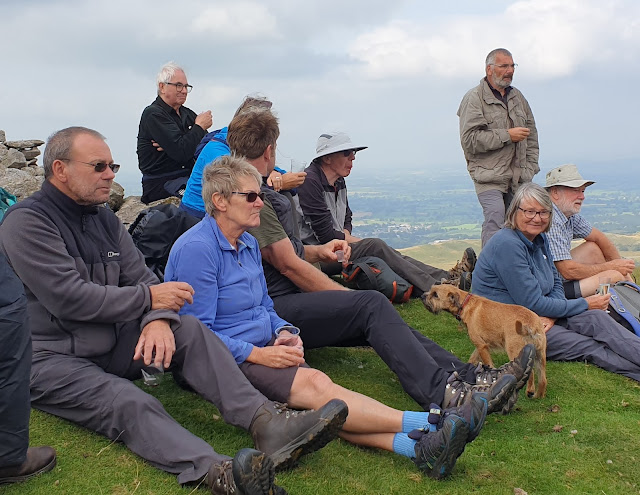 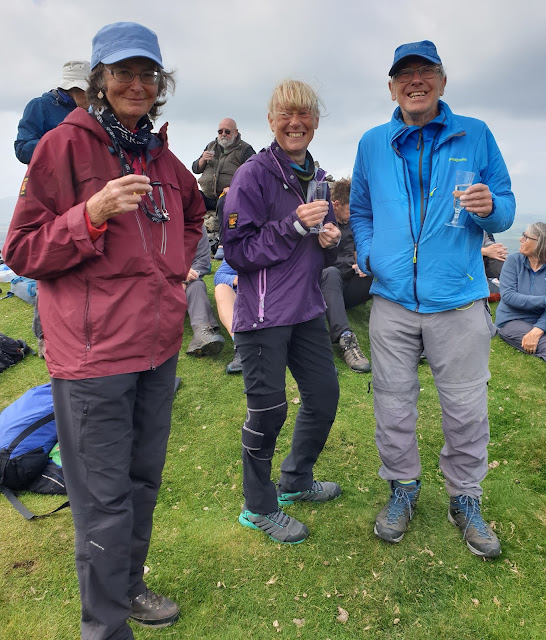 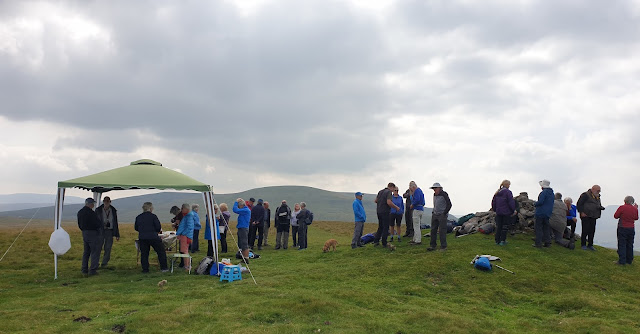 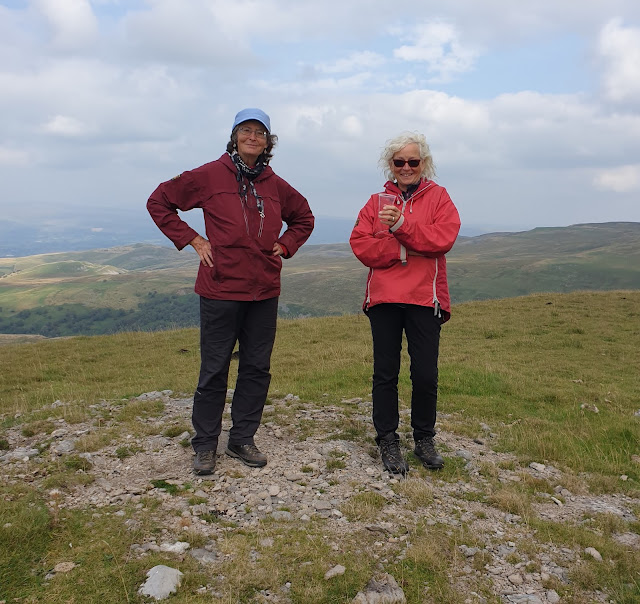 Two and a half hours later, we were down at the car park and heading off in our various directions. When will we meet again? 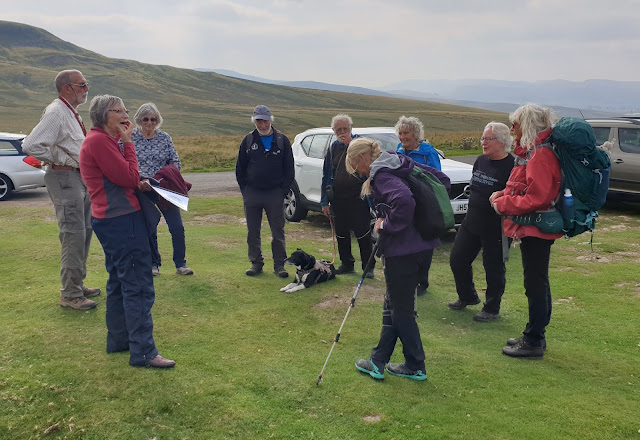 I walked back to Kirkby Stephen, initially down the road, passed by many motorcyclists, with a view back up to the now deserted summit. 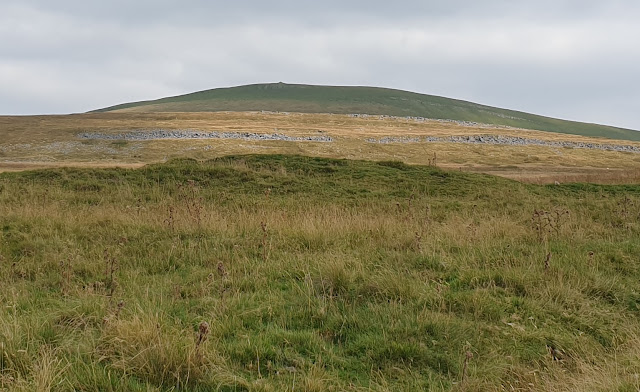 To the south west, there was a somewhat atmospheric view towards Wild Boar Fell.

Little used paths beyond Lockthwaite led past an isolated barn. 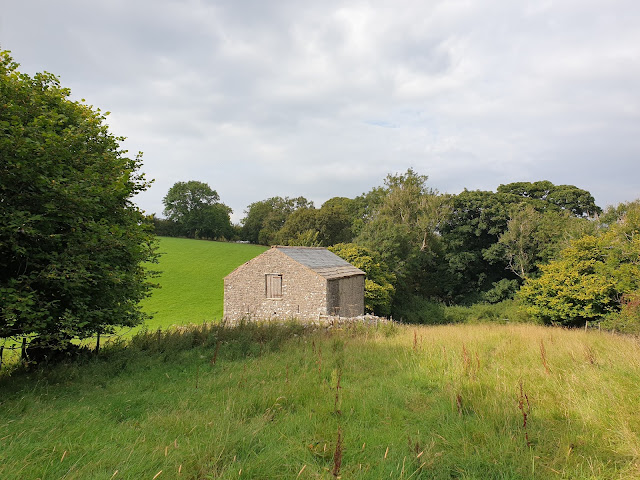 These sheep welcomed me back to Kirkby Stephen, where I consumed the remains of my lunch on a bench, and purchased refreshments for the drive home. 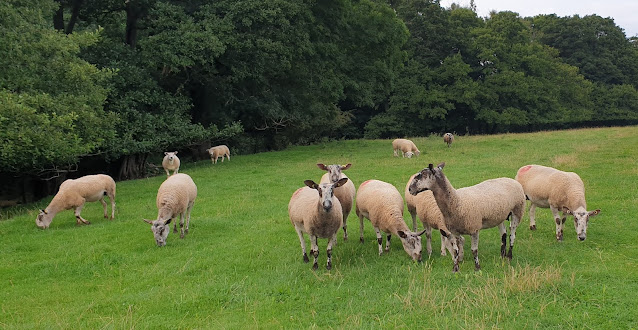 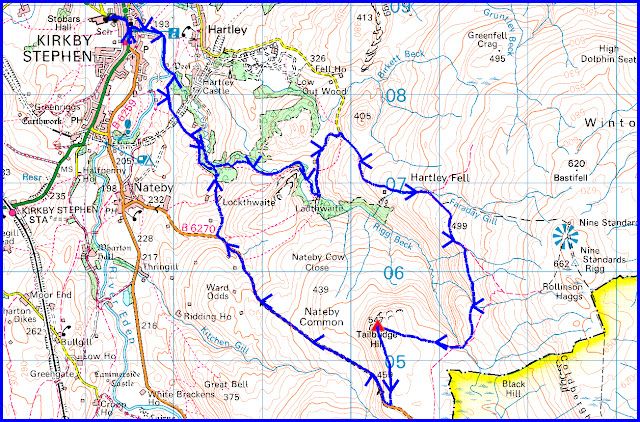 RIP Pete Goddard, and very best wishes to Avril.
Posted by Phreerunner at 15:47