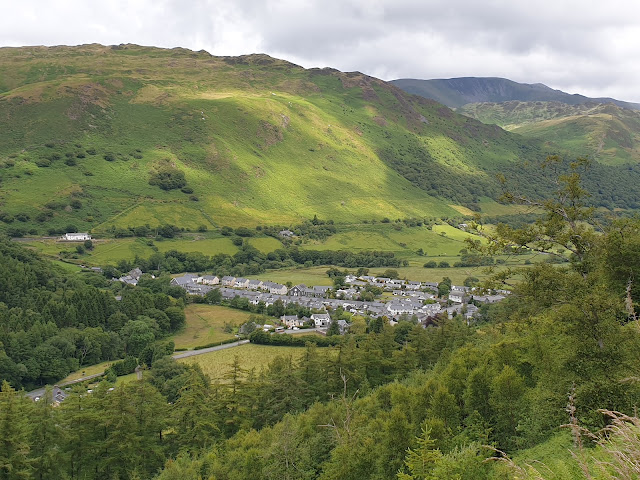 Today, Sue and I enjoyed two more of Alex Kendall's walks from his 'Snowdonia: South Cicerone guide.
The first was walk number 25, an 11km walk from Abergynolwyn, the village pictured above, below the flanks of Cadair Idris. The outing featured a lovely valley with a tumbling stream, the remnants of a slate quarry that once had 300 workers, and a small adjacent summit - Foel Fawr (348 metres) - that turned out to be inaccessible due to thick forest.
Here are some photos from this first walk of the day: 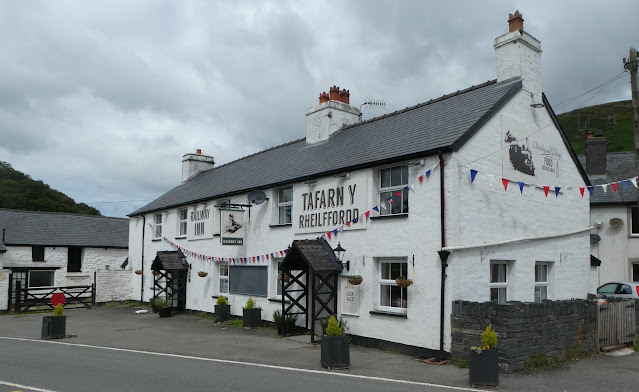 We set off from outside the Railway Inn in Abergynolwyn 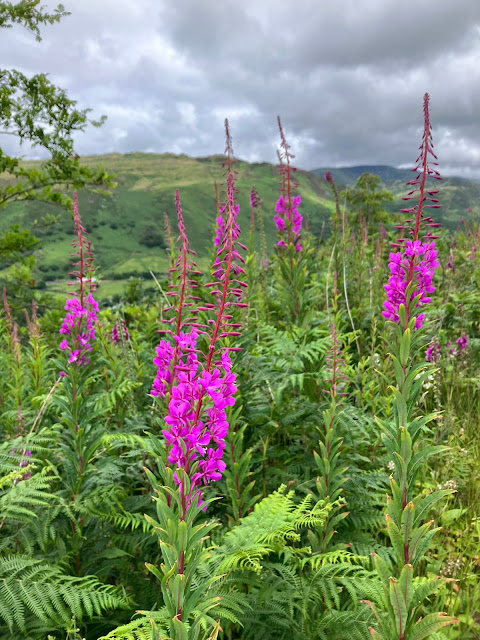 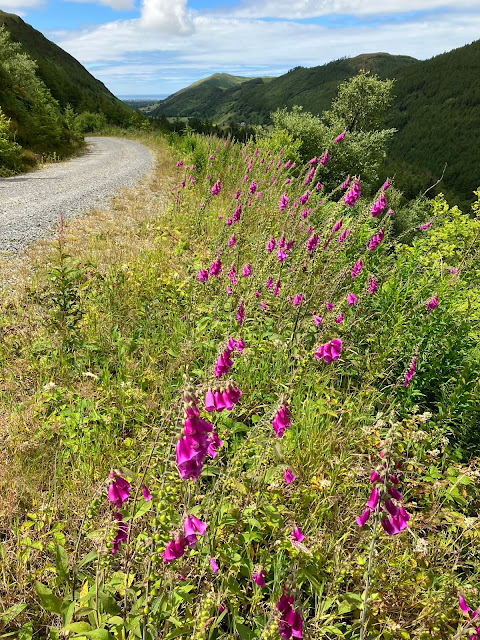 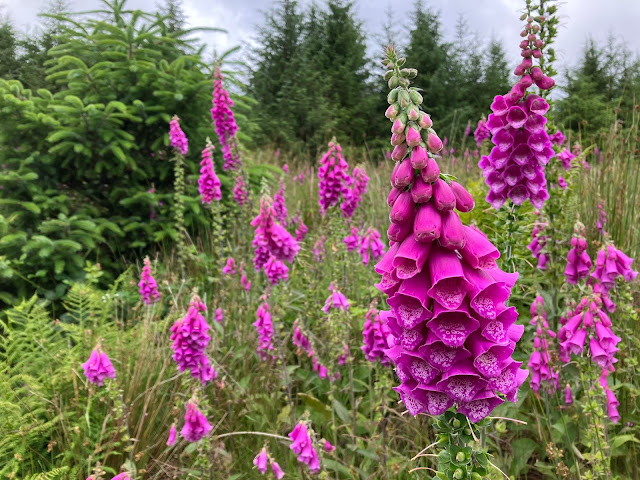 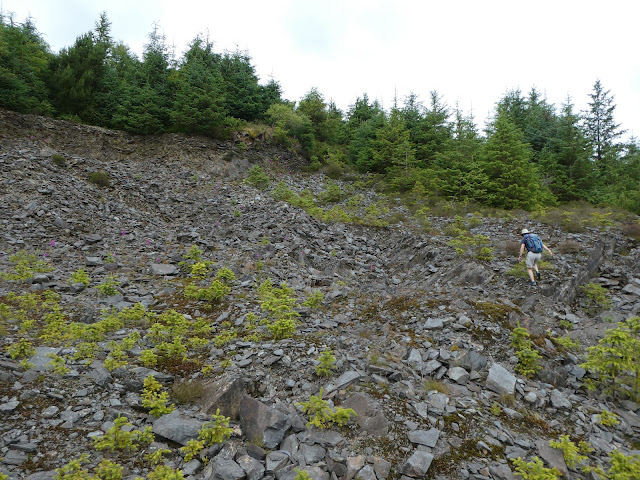 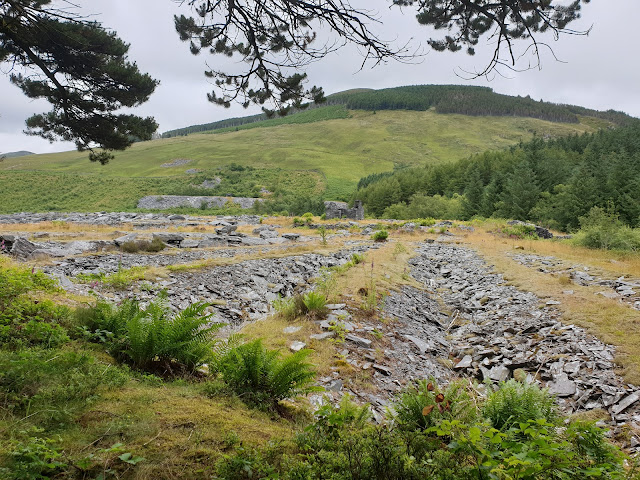 We descended to the remains of the large Bryn Eglwys quarry,
armed with informative information boards 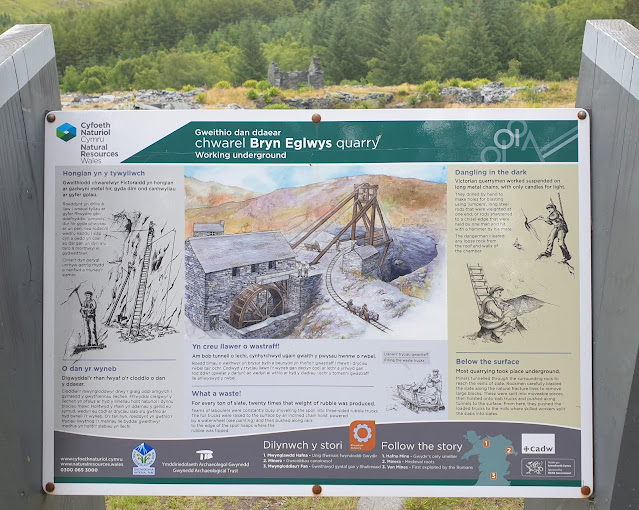 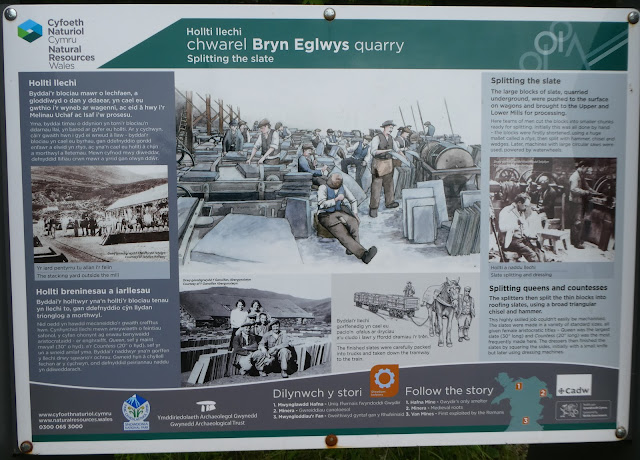 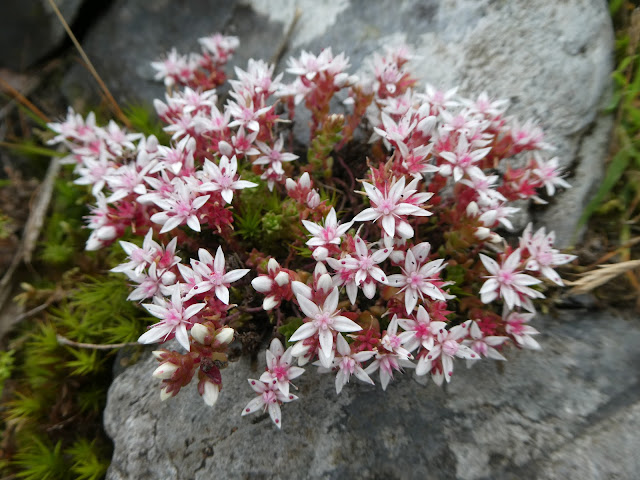 The quarry seemed to be surrounded by clumps of English Stonecrop 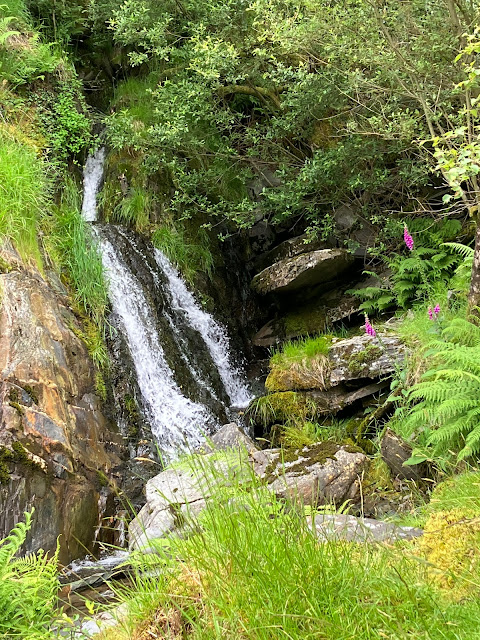 Beyond the quarry, the path back to the start led through lovely woodland and past a series of waterfalls 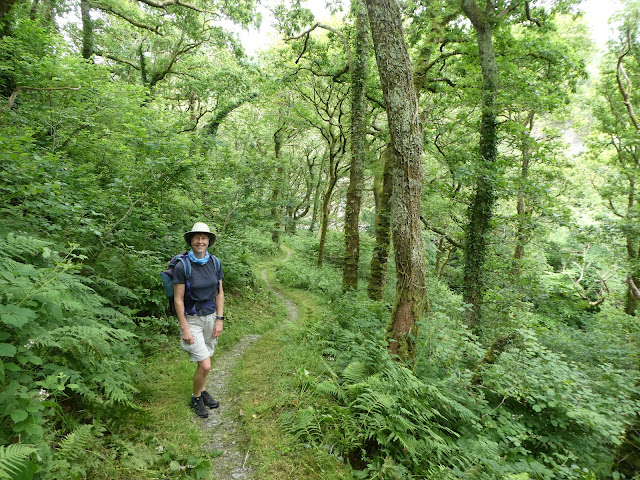 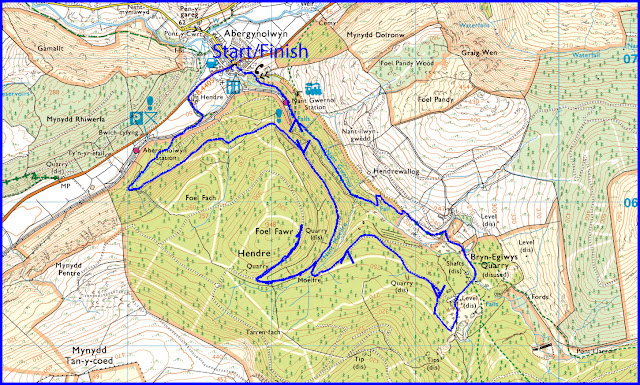 The walk of 11km included 450 metres ascent and took us 3.5 hours
Later, on walk number 24, we explored the ruins of a 13th Century castle, pictured below, before strolling in a 9km circuit in the environs of the valley of Afon Cadair. 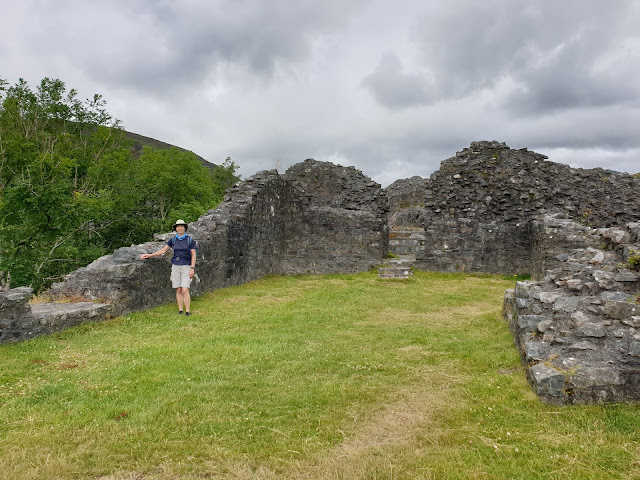 More photos and descriptions will follow when we get home (see below), but the day was memorable for the following...
Red kites circling above us.
Numerous flowers - Sue reaching 99 species on her 'Seek' App.
Wet feet thanks to an experimental diversion.
A DofE group that got displaced on the wrong side of a wall. Hardly anyone else seen on today's paths.
Fish 'n chips from Creel instead of cooking, due to our late arrival back in Porthmadog.
Here are the photos referred to above: 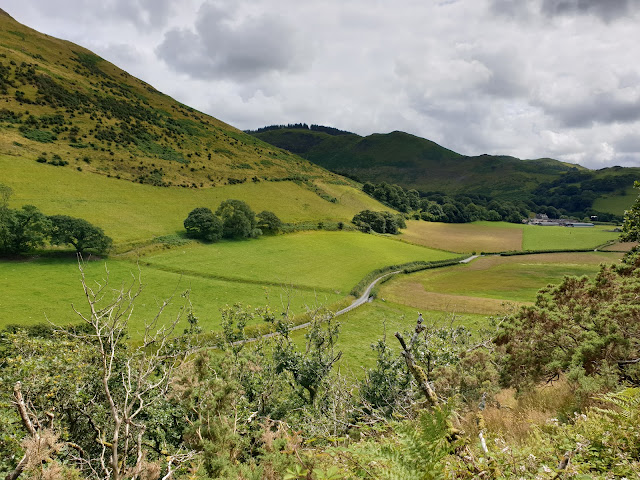 Looking back down the valley from Castell y Bere 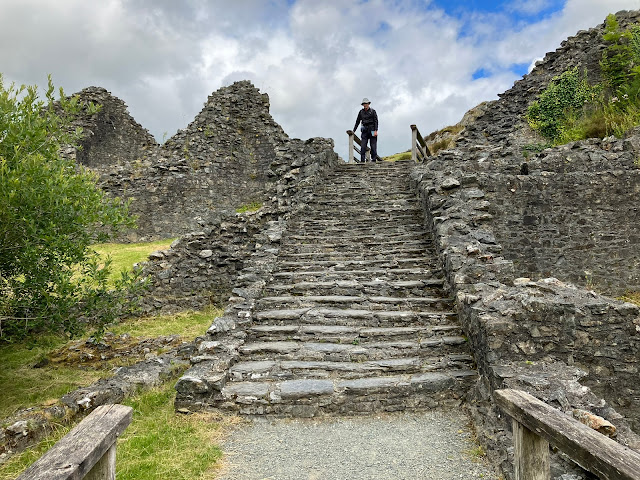 The ruins of the C13th castle are extensive - it was state of the art in 1283 when it was taken by
Edward 1, who planned to establish an English town here 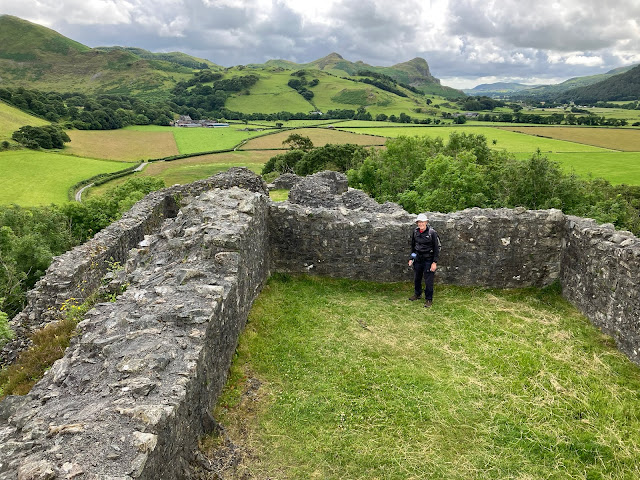 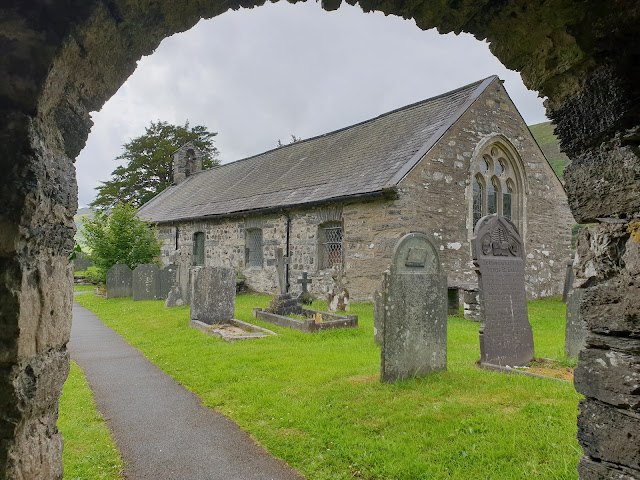 We eventually said goodbye to the impressive ramparts,
and strolled along the road, past St Michael's church 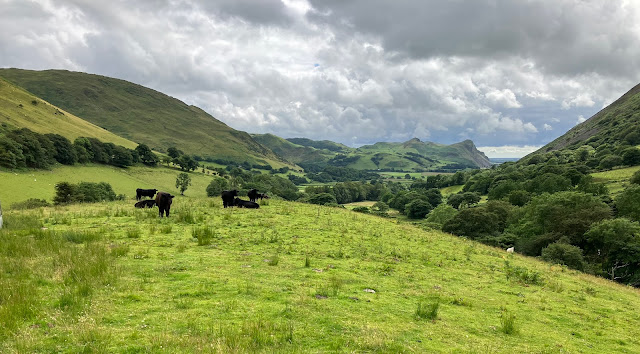 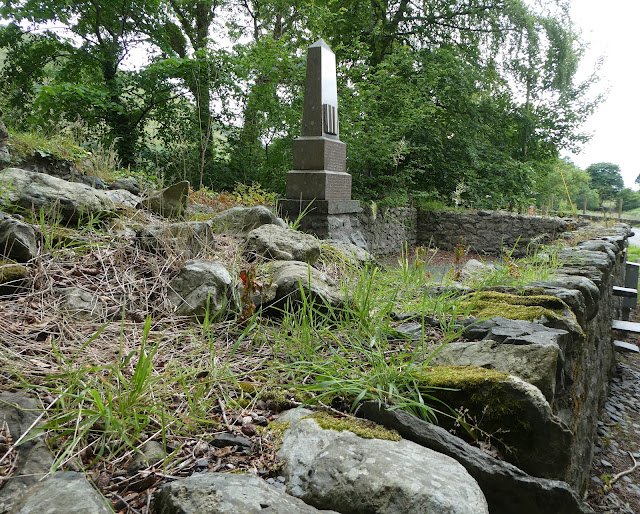 Mary Jones lived here in around 1800, when the house had a roof!

We followed (until they took a wrong turning) a group of DofE award children on a pleasant meadowland path to Bodilan. There were various different grasses, and Orange Hawkweed 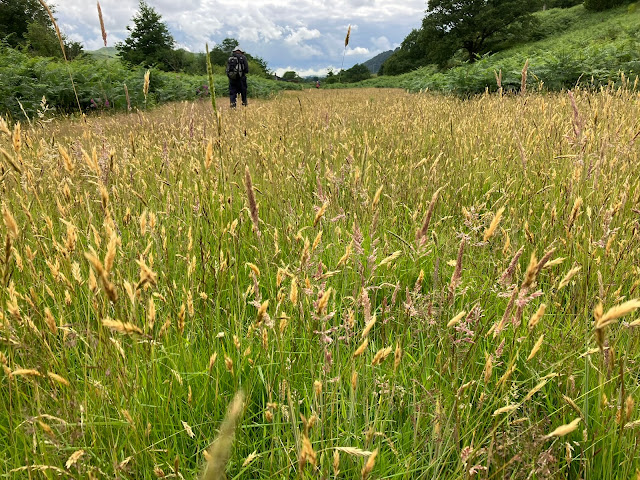 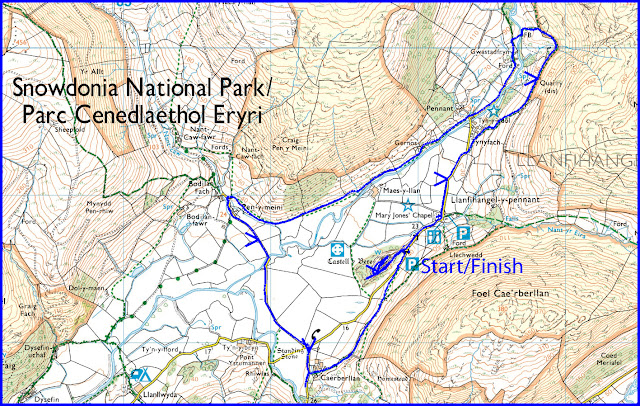 The afternoon's outing was 9km, with 200 metres ascent, taking us 2.5 hours 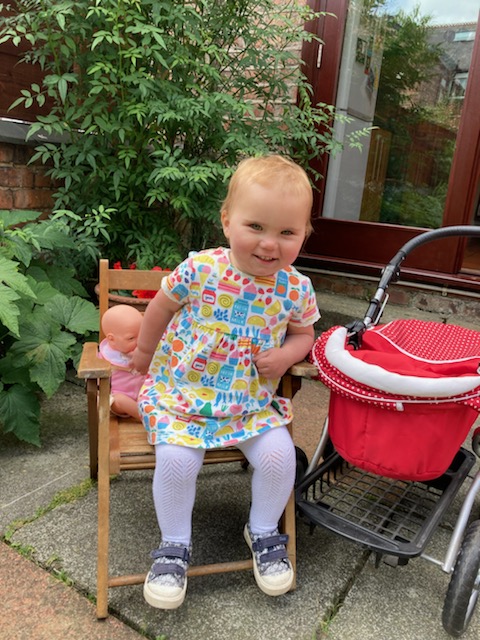 Meanwhile, a WhatApp message appeared, indicating Izzie having a lovely time with one of her grandmas...
Next Day
Posted by Phreerunner at 21:14

That's when fish and chips come into their own.