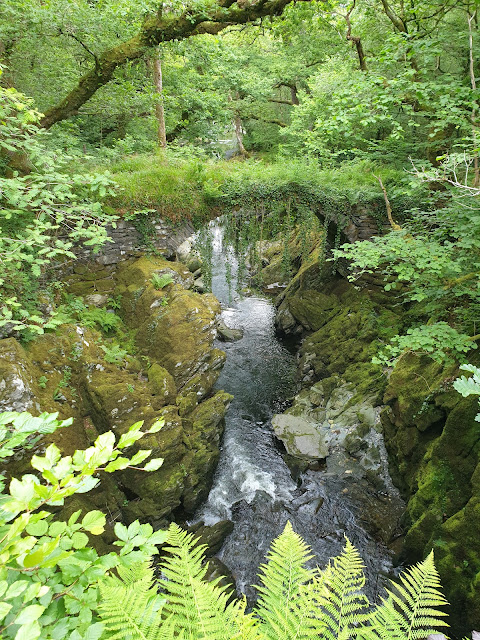 Today we drove to Betws-y-Coed in fine weather and parked roadside by a Cotswold shop, for two of Alex Kendall's walks from the same spot.
We started by visiting the Fairy Glen, then we moved on, along a pleasant track, to the Conwy Falls. Both these beauty spots involved a modest payment into an honesty box, and a short walking loop from which to view as much as could be seen of said beauties through the dense July foliage.
Coffee and carrot cake at the Conwy Falls café went down well, then we returned to Betws-y-Coed on paths to the west of the river, passing at one point the 'Roman Bridge' pictured above. The bridge may be 'Old', but not that old!
After that 12km outing - Walk number 7 in Alex's Cicerone guide - towards the end of which we enjoyed a picnic lunch on some logs, we set off again without much of a break. We didn't even unlock the car...
This time it was Walk number 6, a 9km walk in the Gwydyr Forest, rising high above Betws-y-Coed. It was waymarked with blue arrows apart from a short cut in the forest and a scenic detour to Llyn y Parc, a small lake.
Our flask was emptied here, as we sat on a bench admiring the view, before we continued on excellent paths that led down a lengthy ramp (pictured below) to the Miners' Bridge that had been washed away at the time of our last visit. The 'bridge' has now been restored by way of handy staircases to and from some slabs of rock that are well above the normal river level. 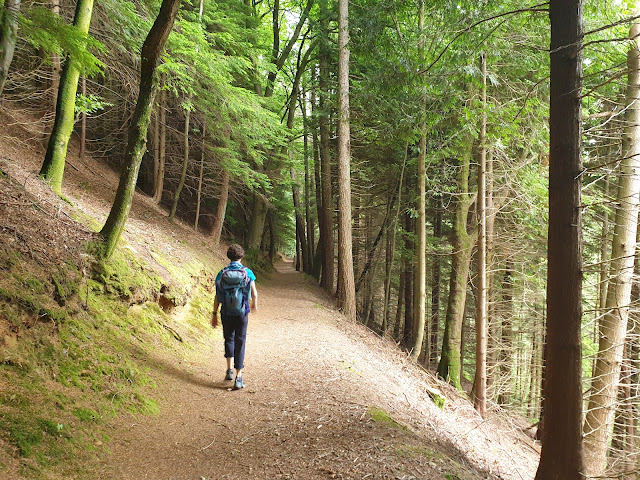 And so, another successful outing courtesy of Alex Kendall's Cicerone guide, and this time we got home in time to watch some exciting tennis from Wimbledon (Nadal v Fritz) before tucking into one of Sue's tasty salads.
Here are some more pictures from these two walks: 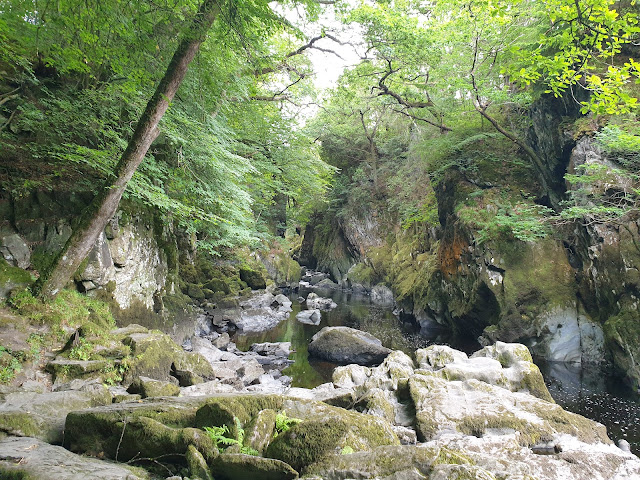 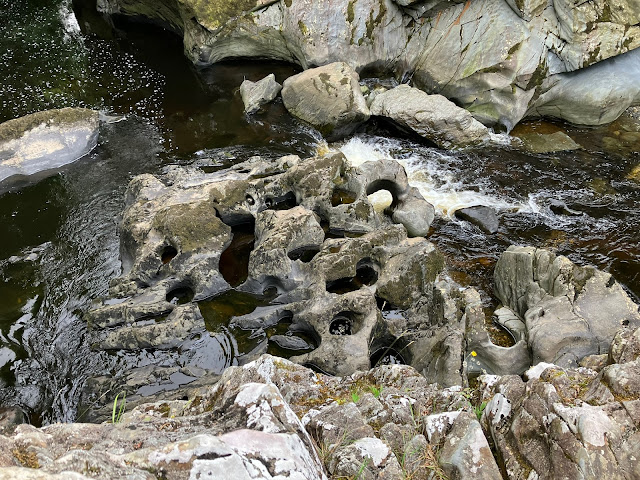 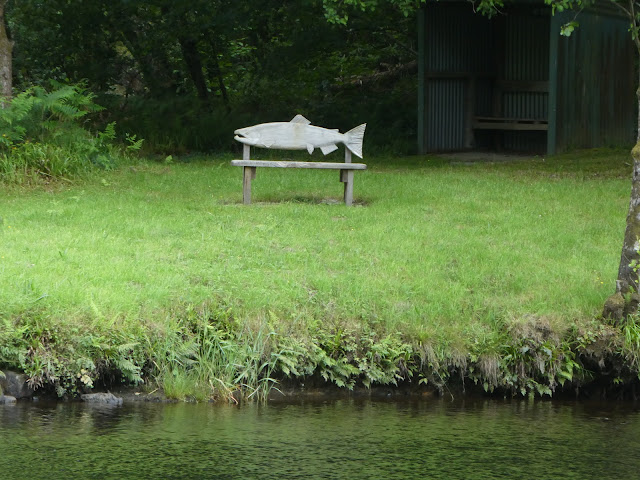 There was a circular route and a £1 honesty box for admission.
Across a lagoon at the end of the circuit was a rather splendid bench 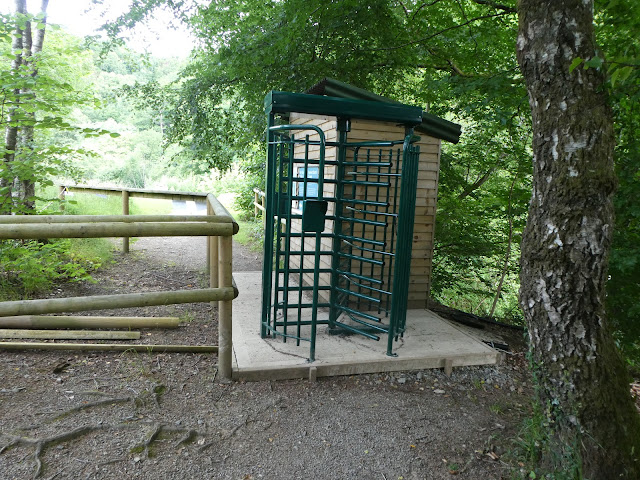 Continuing upstream in pretty woodland, we soon reached the entrance to Conwy Falls (£1.50 this time). We got to it via coffee and cake in the cafe 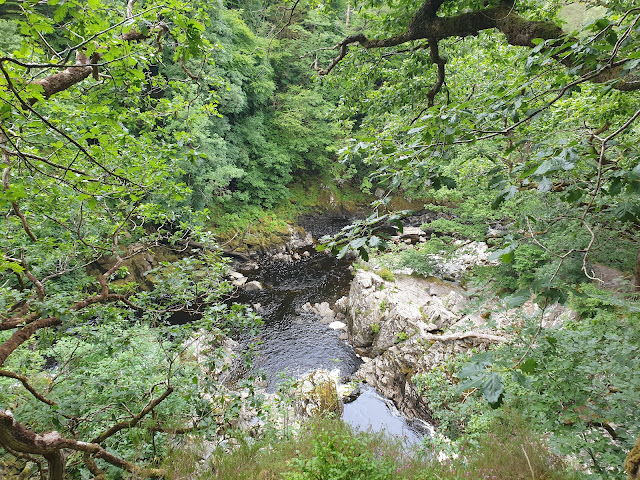 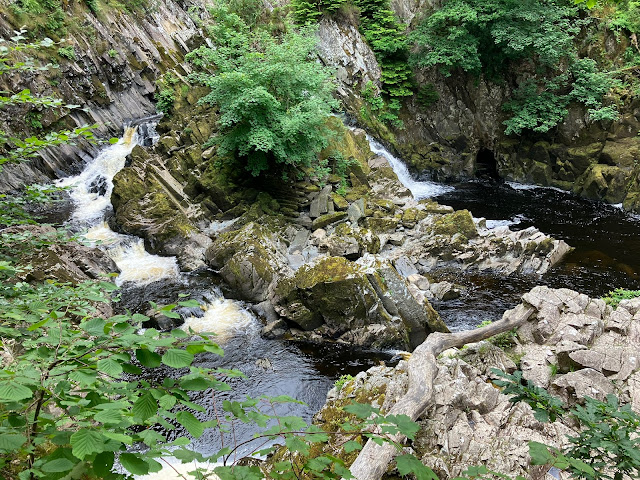 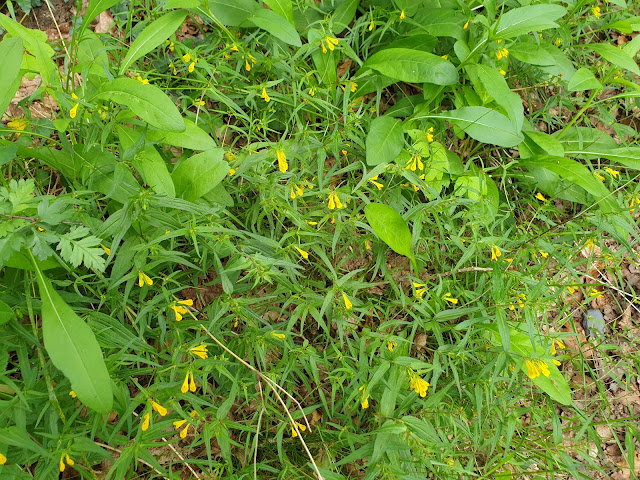 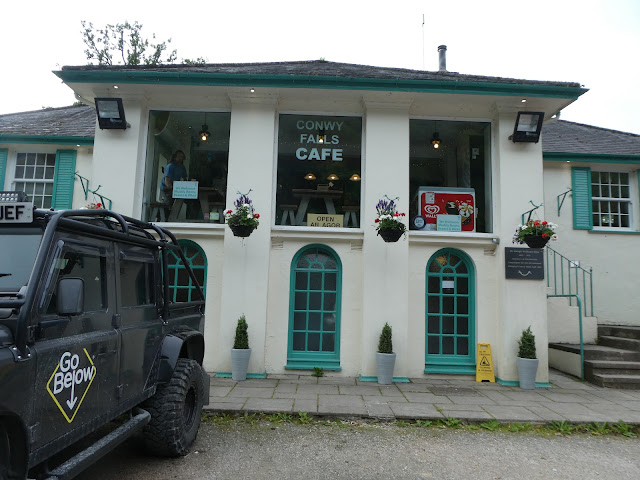 After returning from the falls path, we exited past the cafe and continued along a minor road to cross the Afon Machno 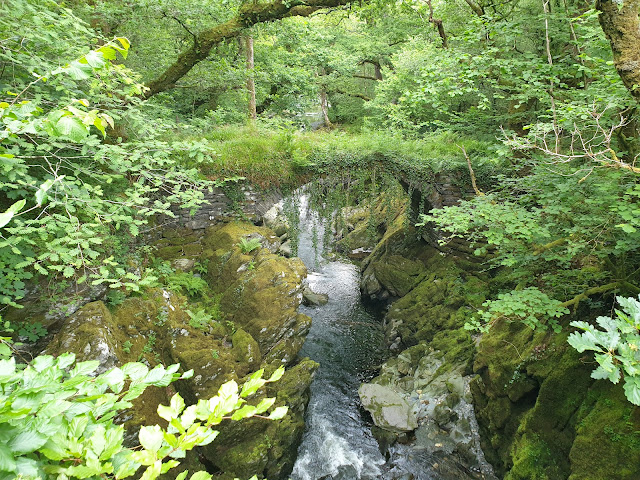 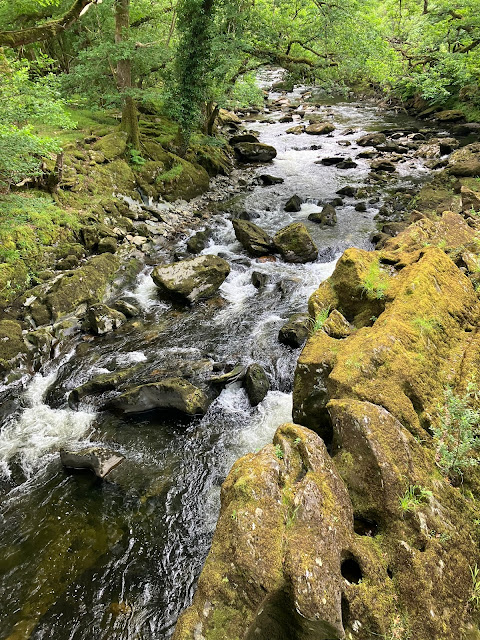 We returned along the quiet lane next to the river, along which we had set off earlier from
Betwys-y-Coed, pausing on some convenient logs for lunch 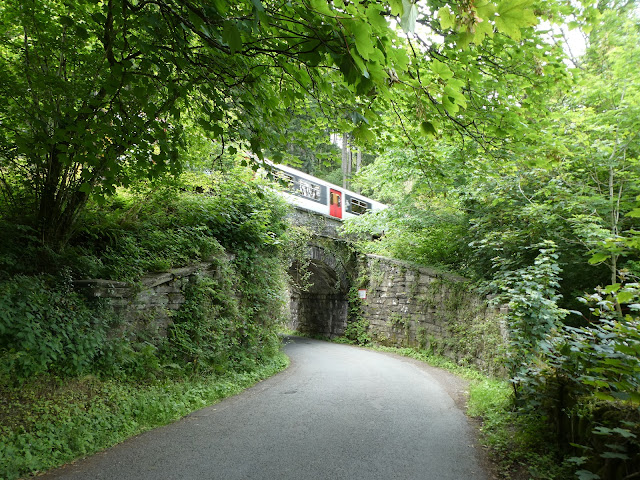 Approaching Betwys-y-Coed, a train rumbled past above us 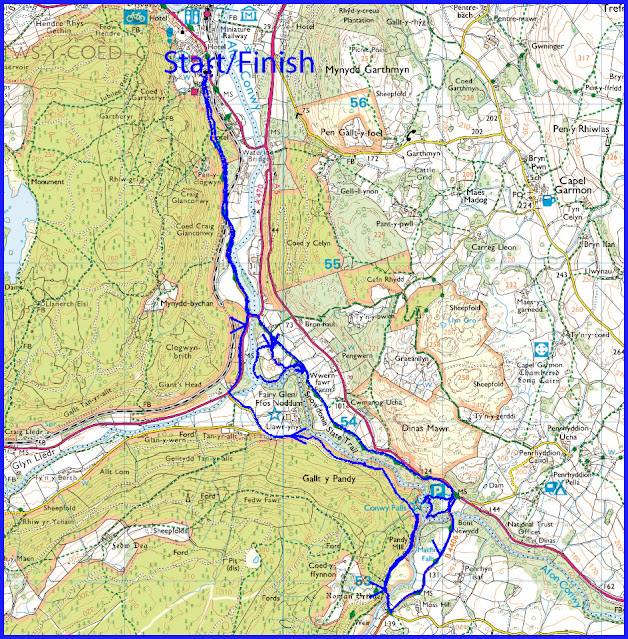 This first walk of the day was a little over 12km, with 300 metres ascent, taking us about 4 hours
We carried on into the second walk without a pause - here are more pictures from the Gwydyr Forect walk: 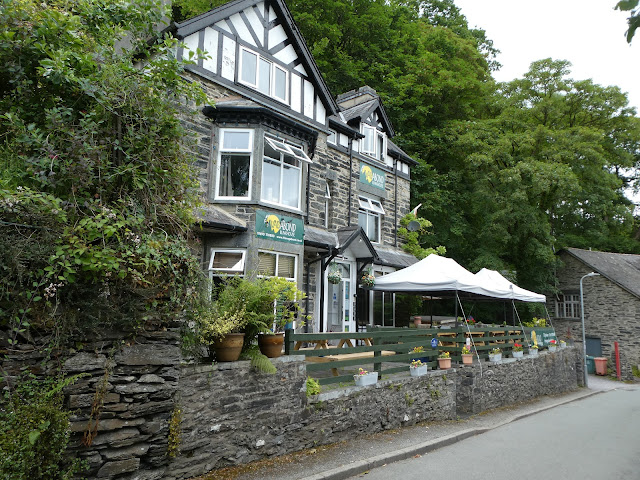 The Vagabond Bunkhouse looks like a decent place to stay 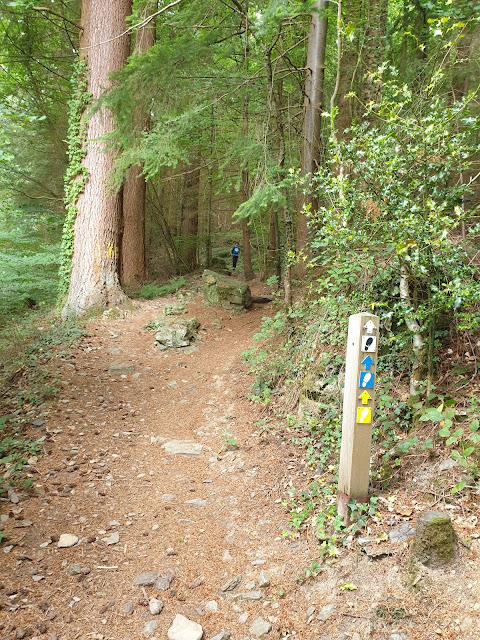 Navigation was easy - our route simply followed the blue footpath signs, apart from a small diversion to Llyn y Parc 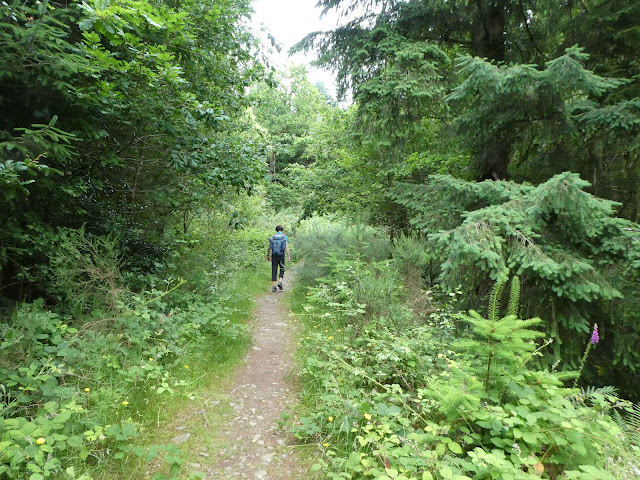 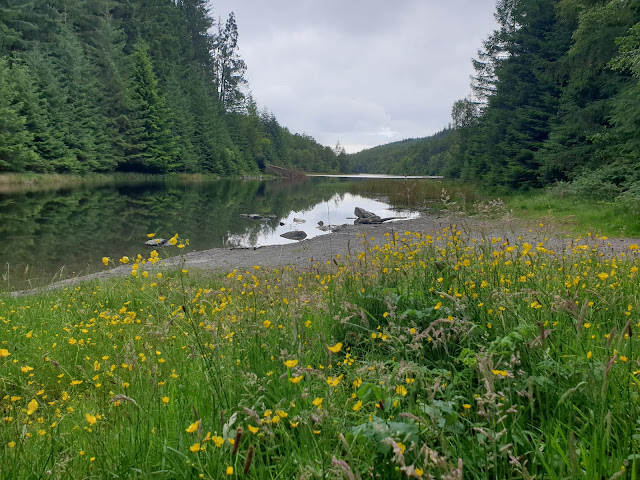 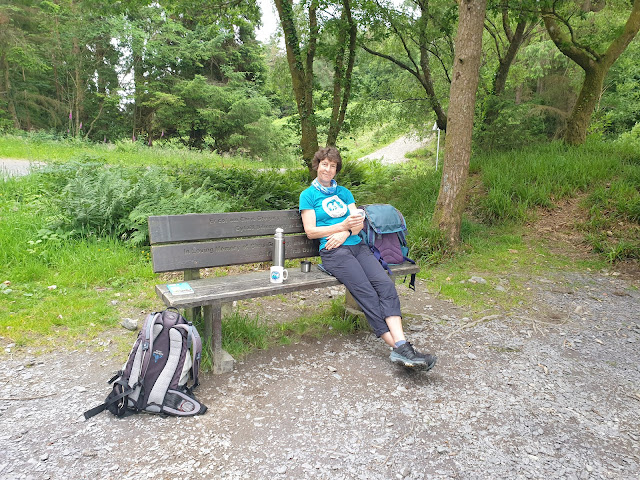 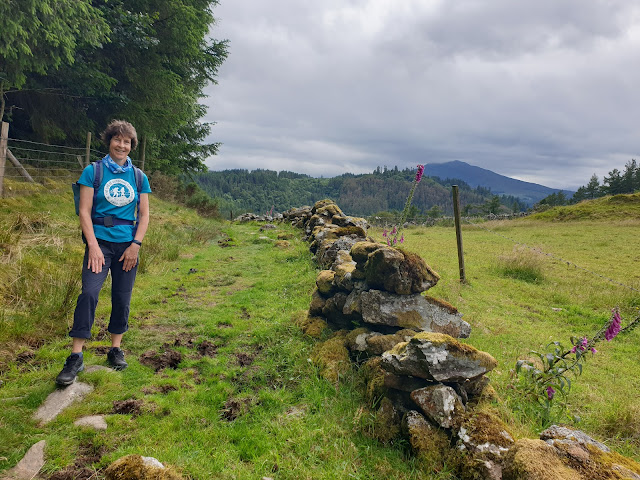 The path wound around in an anticlockwise circuit, occasionally skirting the edge of the forest 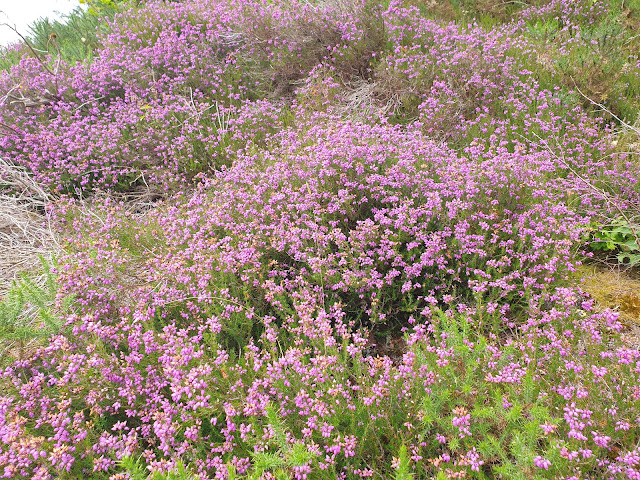 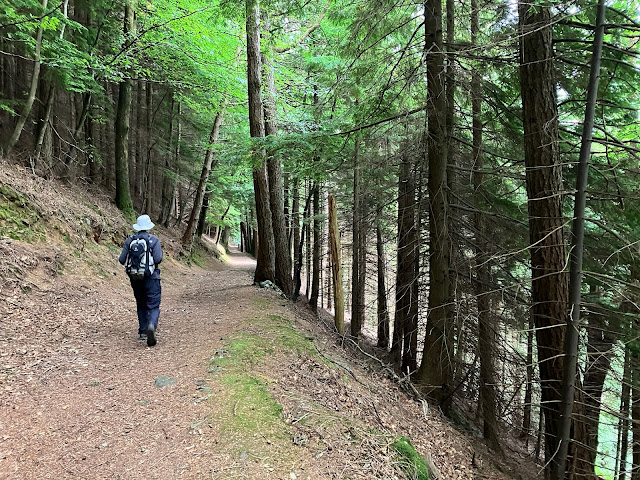 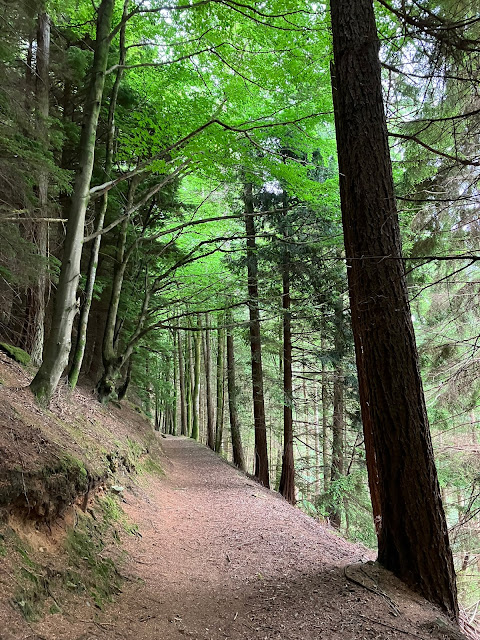 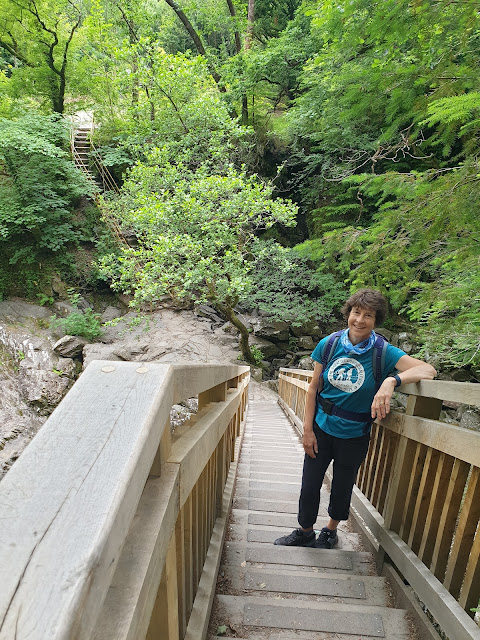 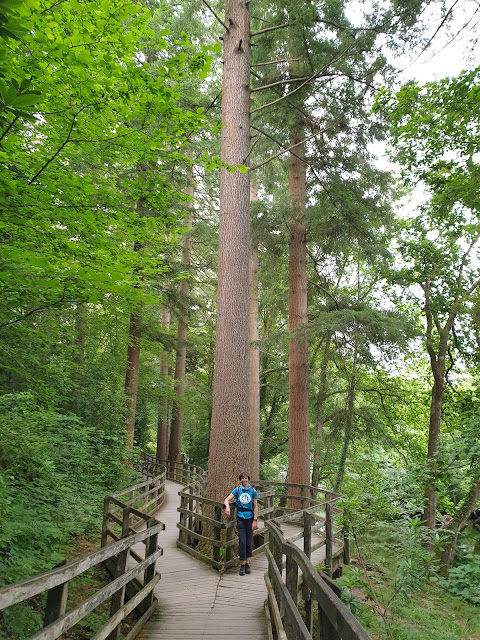 Now very much on the Tourist Trail, we ambled back into Betws-y-Coed and an easy drive back to Porthmadog 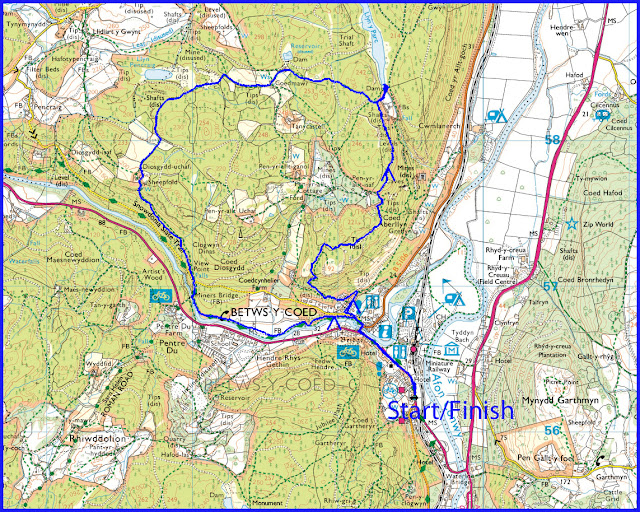 Our 9km route included over 300 metres ascent, and it took us 2.5 hours
Next Day
Posted by Phreerunner at 21:40

What great walking. A contrast to the boring farmers' fields I have been tramping across recently.