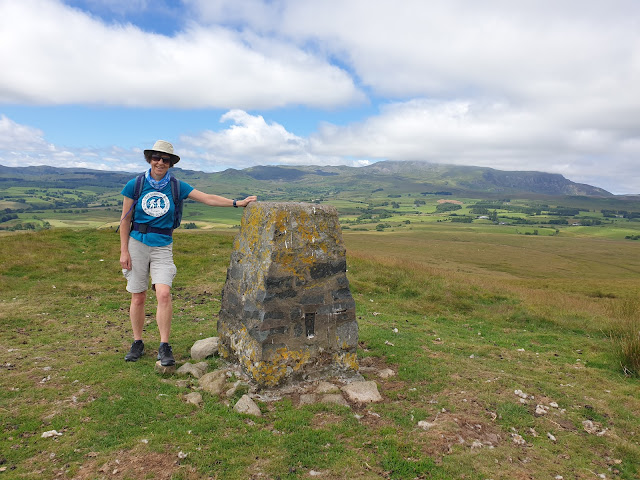 Walk number 21 in Alex Kendall's 'Snowdonia: South' book was conveniently situated on the way home. It was just 3km and a couple of hundred metres of 'up' to get to this modest 360 metre summit with wide ranging views.
The final bit of ascent was a bit tussocky and boggy, but we managed fine in our trail shoes and kept our feet dry. There was lots of Bog Asphodel, but no people of any description. Sue proudly found a Common Red Soldier Beetle (aka The Hogweed Bonking Beetle!).
Whilst Alex suggests a return by the same route to the starting point near 'Mary Jones World' near Bala, we decided to follow a path via Penlan Farm. This was easy, even without a map, and it made for an excellent two hour, 6km, circuit - including a lengthy lunch break on the summit.
Sue has proudly revealed that observations made during this short trip have taken her Seek App statistics for plant species identified from 50 to 122.
She also identified a fine specimen of Agaricus augustus (aka The Prince), without realising that it was one of the tastiest mushrooms that can be found. (Shame!)
Here are some more pictures from this walk: 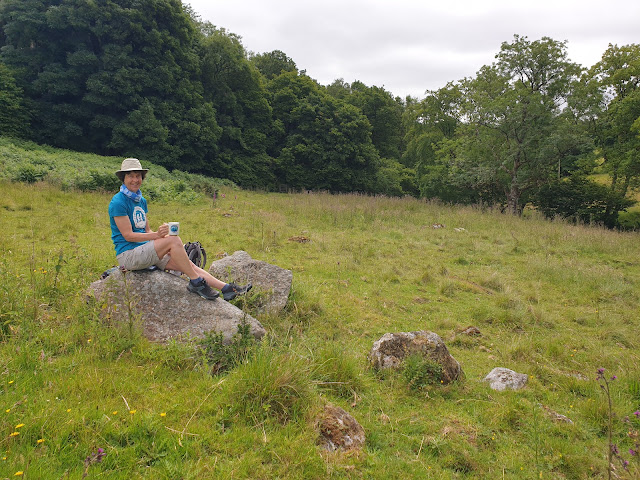 Elevenses on a rock above Llanycil 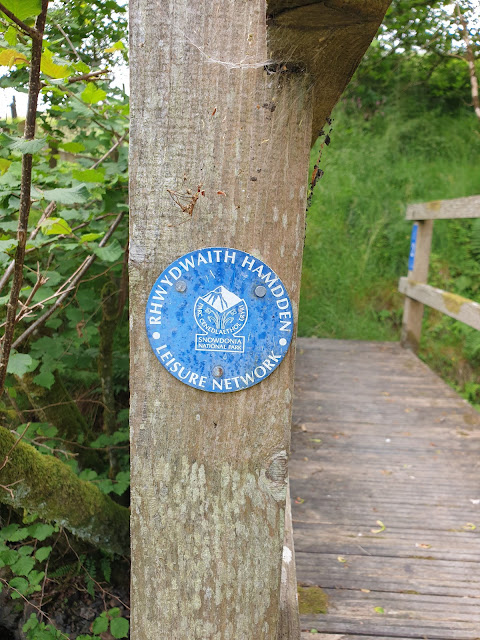 Despite our being on a 'Leisure Network' path, the going up Moel-y-Garnedd was filled with Bog Asphodel, and was somewhat 'lumpy' 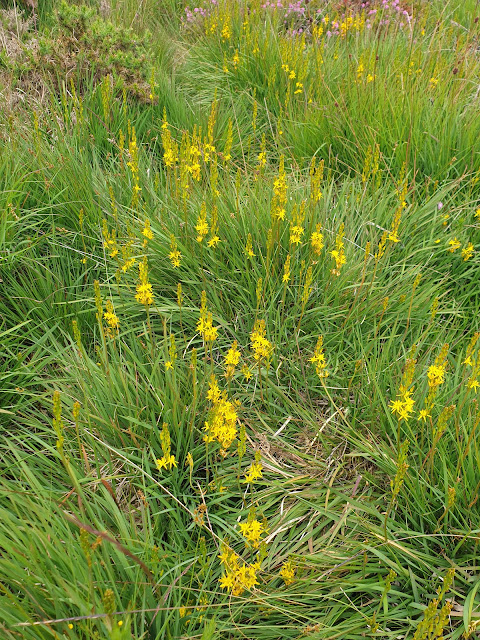 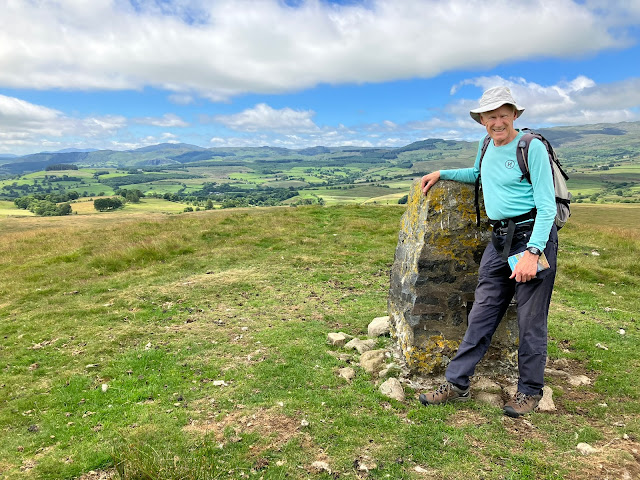 However, it was a lovely grassy summit with fine views for our last picnic lunch for a while 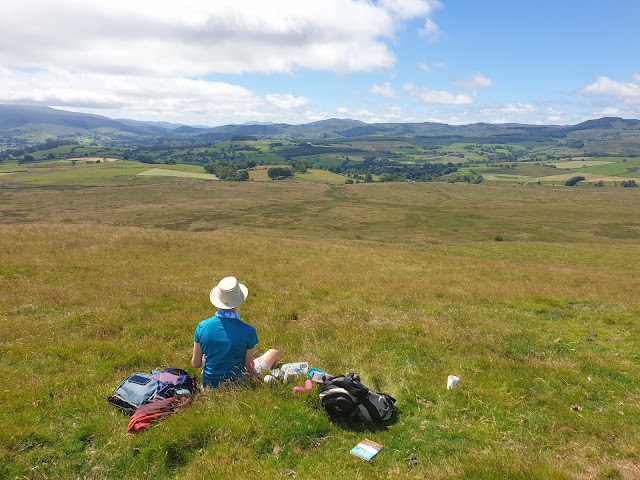 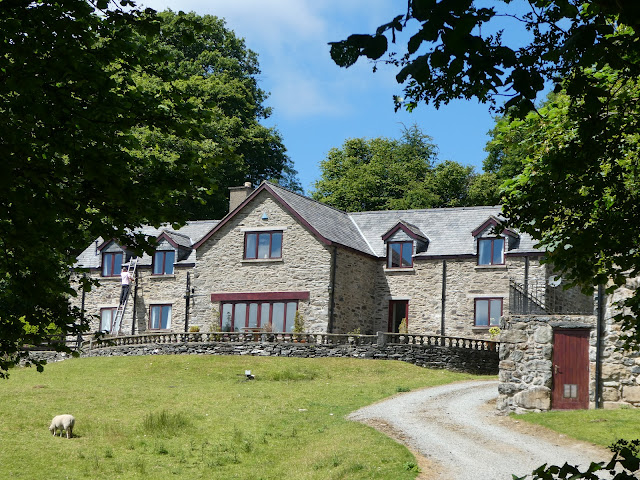 This house in Llanycil was being renovated 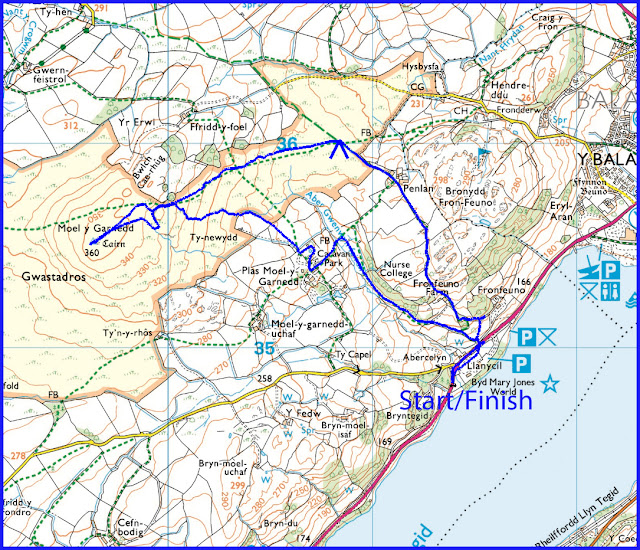 Our clockwise route was a little more than 6km, with 200 metres ascent, taking 2 hours or so
Posted by Phreerunner at 19:30