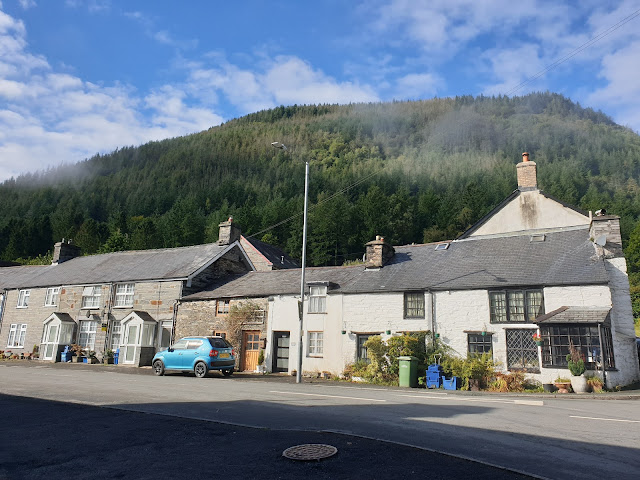 Today we drove to Dinas Mawddwy, an old settlement with Iron Age forts nearby. The row of houses pictured above probably date from more recent times (C19) when houses were needed for miners from the nearby slate quarry.
Walk 23 in 'Snowdonia South' is a pretty straightforward stroll up Cwm Cywarch to the end of the valley, and back down the other side.
We took our time. Sue gave up on trying to identify flowers (no new ones) and switched her allegiance to fungi, successfully finding the following today:
Common Earthball
Common Milk Cap
Poor Man's Licorice
Mica Cap
Pleated Ink Cap
Snowy Waxcap*
Field Mushrooms*
Red Cracking Bolete
Neofavolus alveolaris 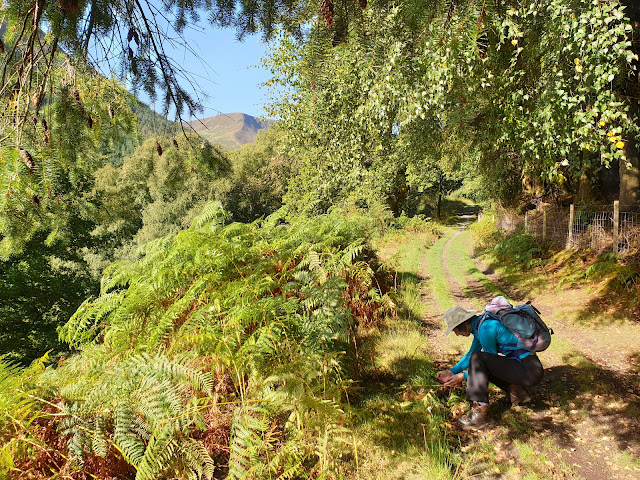 A big bush of Harebells bulged in the hedgerow.
Buzzards mewed and a collared dove cowered, as we stopped in a grassy passing place on a section of road for elevenses with a view. 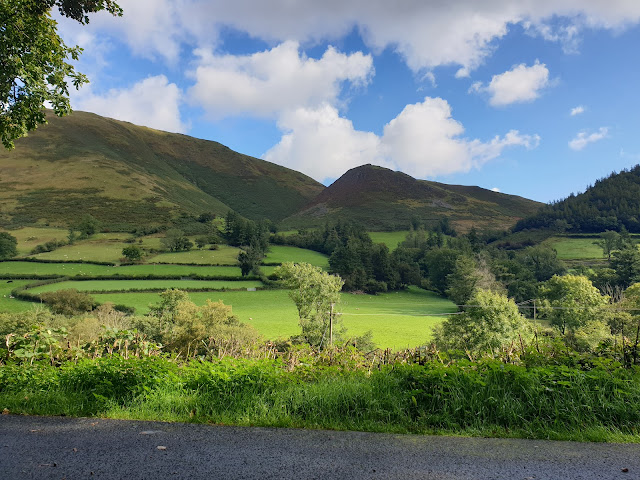 The track had become a little muddy after yesterday's rain. Not helped by three trial bikes.
As we approached the end of the valley a grassy meadow led towards a car park from which the hills beyond the Cwm can be ascended. 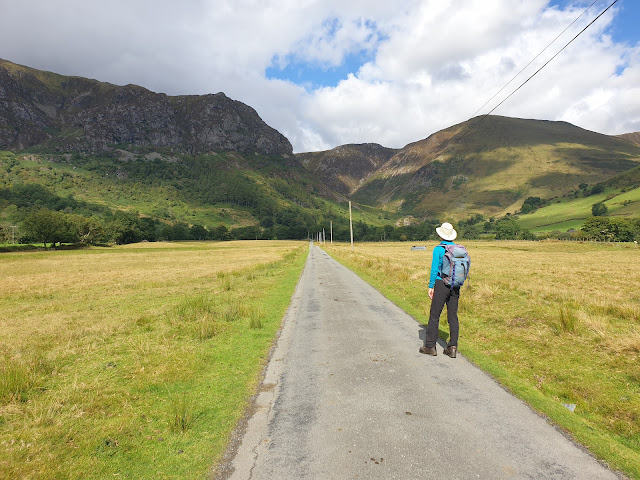 Sue posed for a picture at the head of the valley. 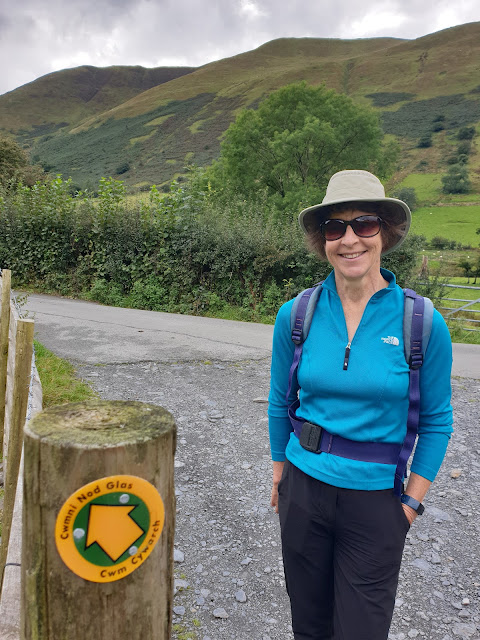 There were nice views back along the valley. The low flying aircraft were not captured in the next image, taken near a pretty lunch spot. 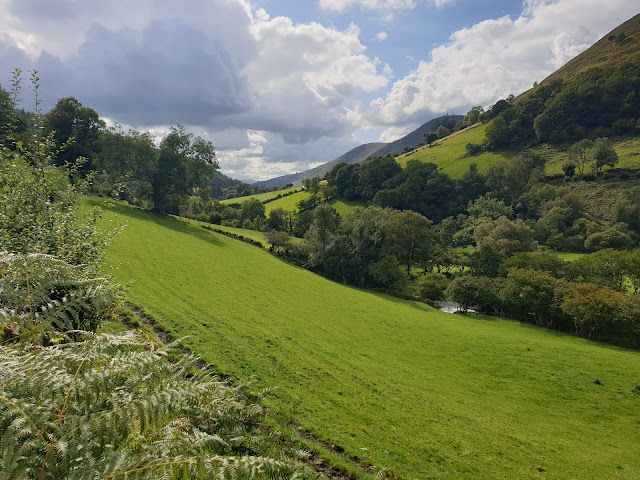 A shower near the end of the walk put paid to any more mushroom collecting. 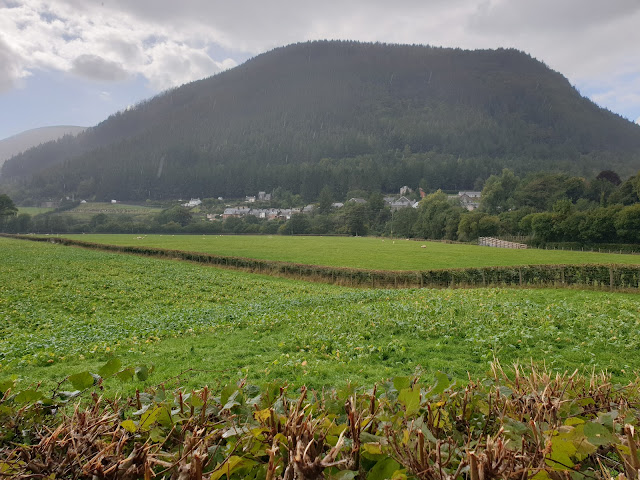 Here's our route - about 13km with 250 metres ascent. It took us a very leisurely four hours. 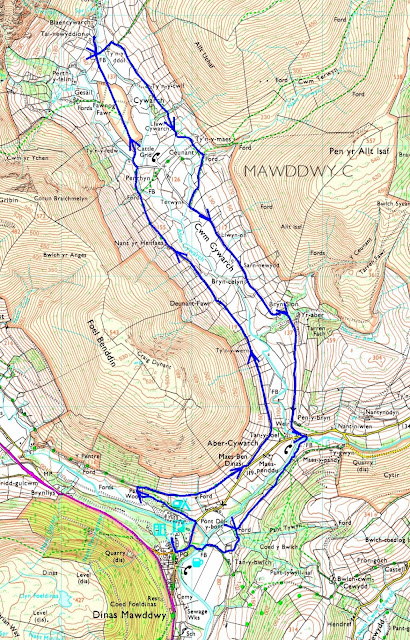 * These were collected and converted into a tasty starter. 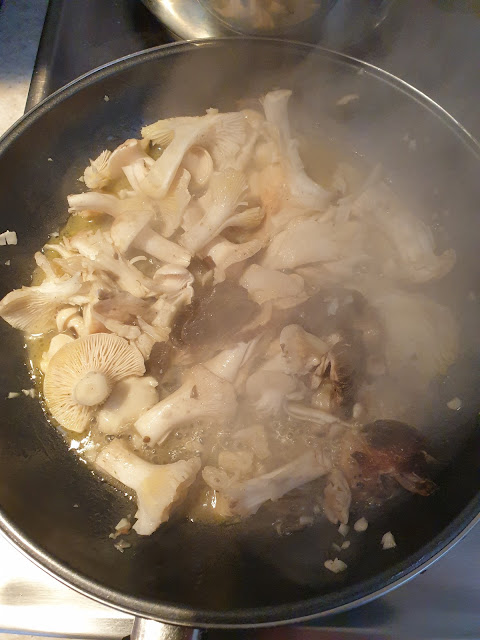