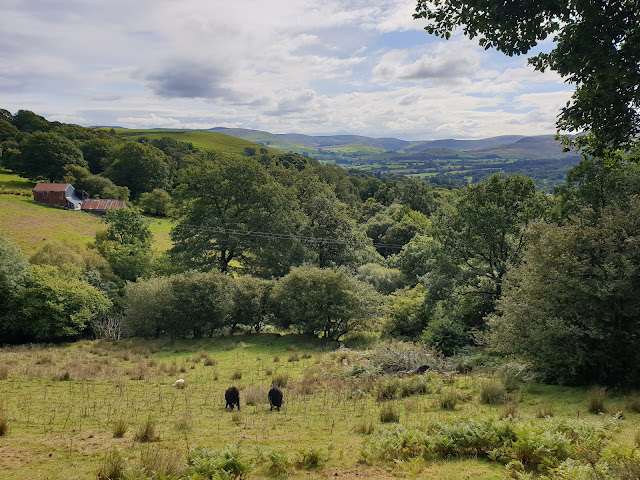 Walk number 20 in Alex Kendall's 'Snowdonia South' Cicerone guide starts from Dolhendre, accessed by us via 12 miles of single track road with five gates to open and close. I was glad to have Sue in (and out of) the car!
We set off walking along a narrow road patrolled by a red kite and a toothless farmer, with lots of small birds flitting in the hedgerows.
Soon we left the track that succeeded the road and took a path that led to a couple of knolls. Alex likes such indistinct paths, and so do we.
Ahead of us, Moel Llyfnant dominated the head of the valley. 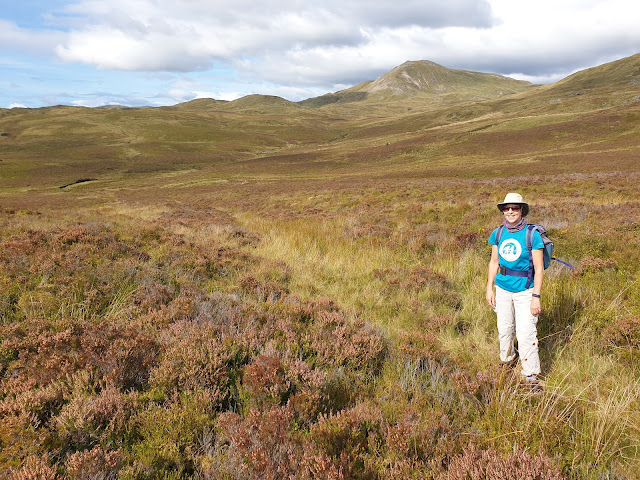 Lunch was taken in a sheltered spot below the second knoll, beyond which it was an easy walk down to the road on which we had driven earlier.
We met two fit cyclists, powering up the hill, and a posse of motorcyclists rode slowly past us. No other walkers today, and only a couple yesterday.
After leaving the road and spending quite a bit of time on enjoyable paths and bridleways, we took an optional turn to the right and headed steeply up to Castell Carndochan. It's mostly rubble, but has a commanding view over Dolhendre and beyond. 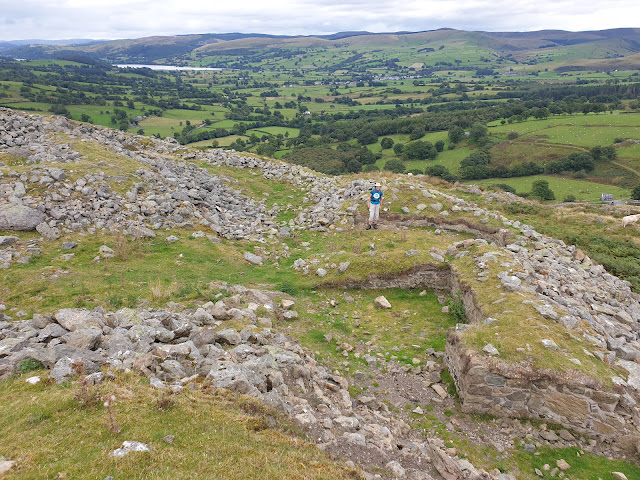 The outline of parts of four towers and the walls can be seen. The castle is thought to have been built by Llywelyn the Great in the 13th century, and it may have been destroyed by the English soon afterwards. It has a commanding position with great views. 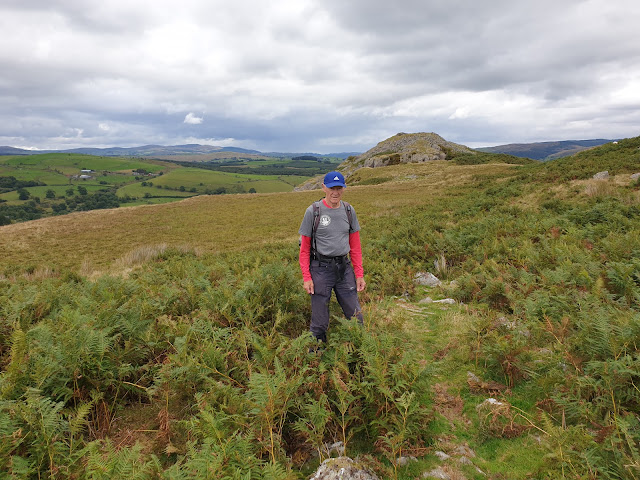 From there, we returned to the track by the same route (much quicker going downhill!) and were soon back at the car.
Here's today's route (up to the point where my phone died) - 14.5 km, 500 metres ascent, taking 4.5 hours. Another excellent outing. Thanks, Alex. 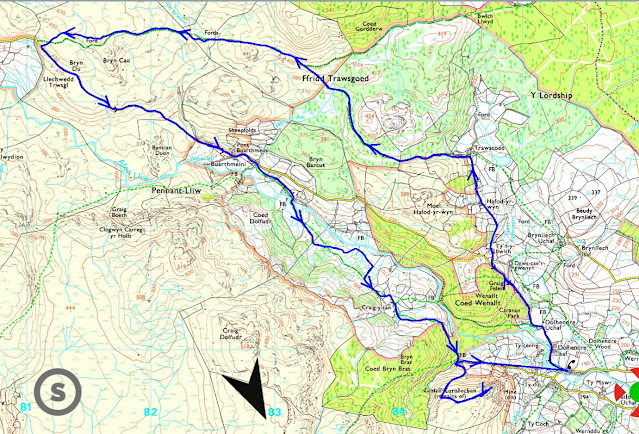