Sue had never been to Plas Newydd, a National Trust property on Anglesey, next to the Menai Straits and one of the Menai bridges.
One of the main attractions is a 58 foot canvas mural by Rex Whistler. This alone is a good reason for a visit. The mural is a 'trompe de l'oeil', and we enjoyed a guided half hour during which some of its features were explained.
Can you spot Aber Falls? 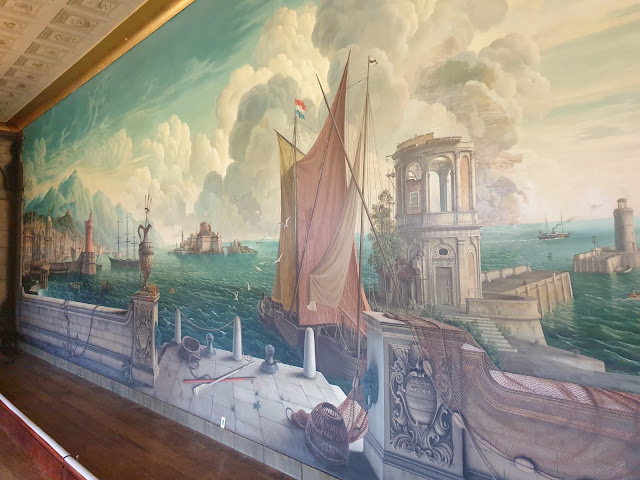 These two pictures just provide a flavour of the huge mural. 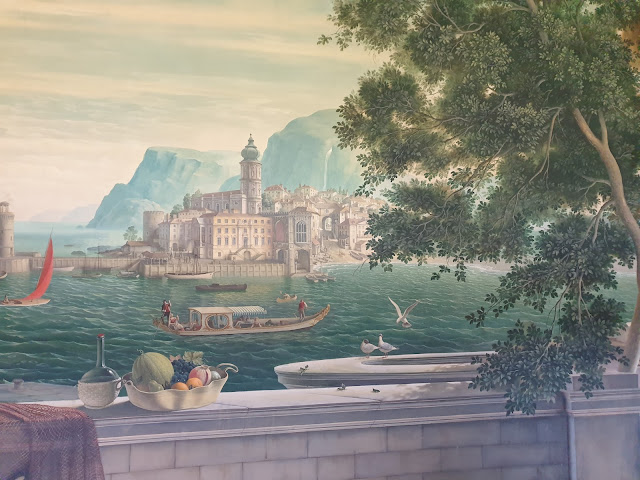 After looking around the house, we visited the arboretum and other attractions. More pictures will follow when we get home to some wi-fi, but here's a lofty sycamore for starters. 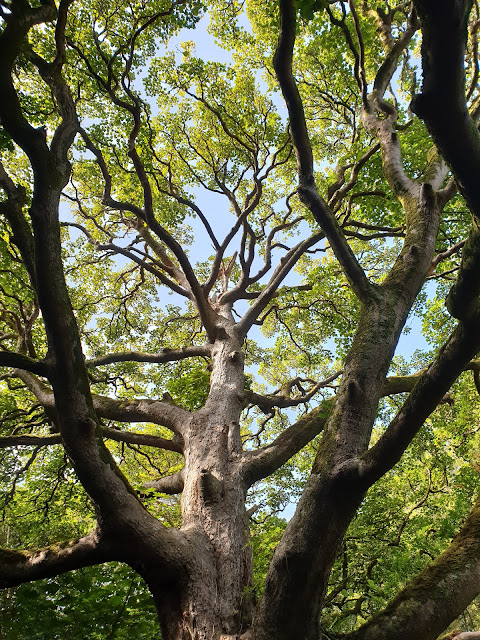 Then, after lunch on a convenient picnic bench, we drove the short distance to Abergwyngregyn and embarked on a short walk to Aber Falls - number 3 in 'Snowdonia North'.
We headed away from the falls at first, then rose steeply to a contouring path with good views over the Menai Strait to Anglesey and Puffin Island. 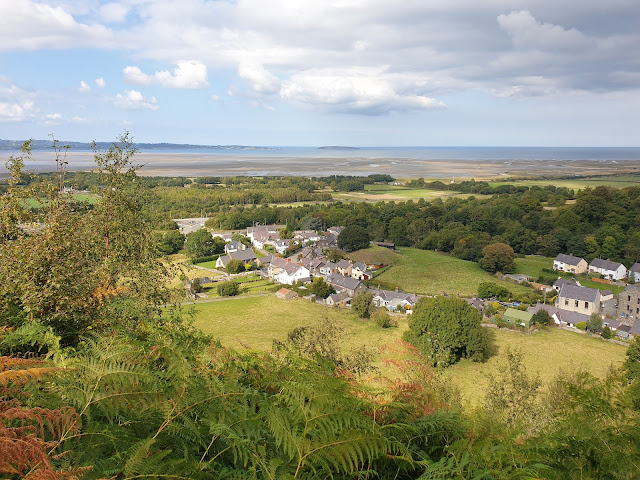 Having gained all our height at the start, the walk to Aber Falls was basically a lovely amble along a grassy/bracken path strewn with flowers - Harebells, Autumn Hawkbit, Devilsbit Scabious, Tormentil, Water Mint, Common Dog Violet and loads of Soft Rush Grass, all with the rugged backdrop of the Carneddau peaks.
There were people bathing below the falls, just below a freshly deceased sheep. 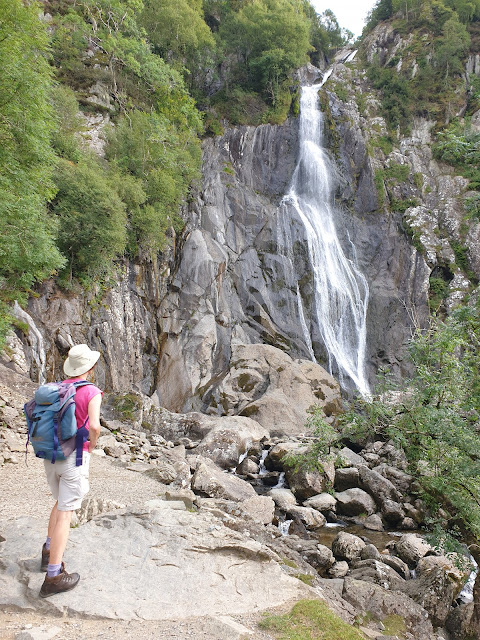 We met more people now, including a heavily tattooed girl, being on the tourist trail from the car park, but nobody had cared to harvest a few mushrooms that Sue's 'Seek' app identified as Button Mushrooms. That seemed a rather stingy name, given their dimensions! 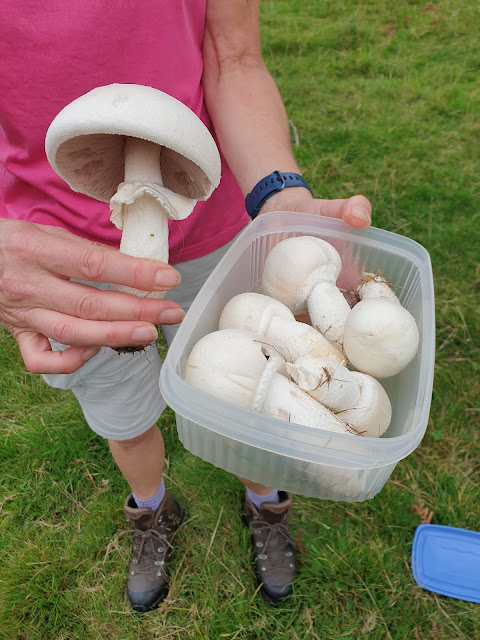 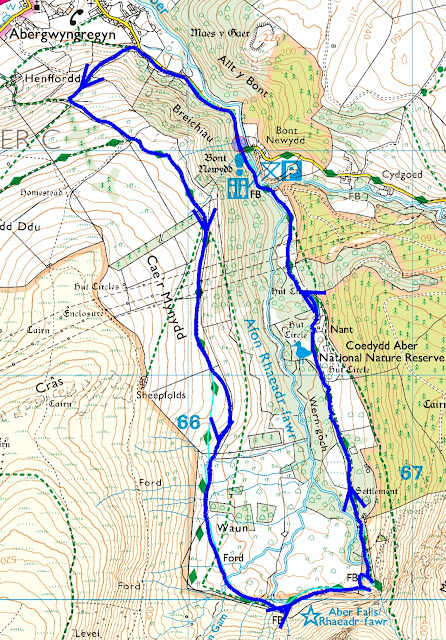 Later, our planned starter was abandoned in favour of mushrooms sautéed in garlic and butter, washed down with a bottle of 2002 Seleccion de Plata Tempranillo - Vino de la Tierra de Castilla. Delicious. 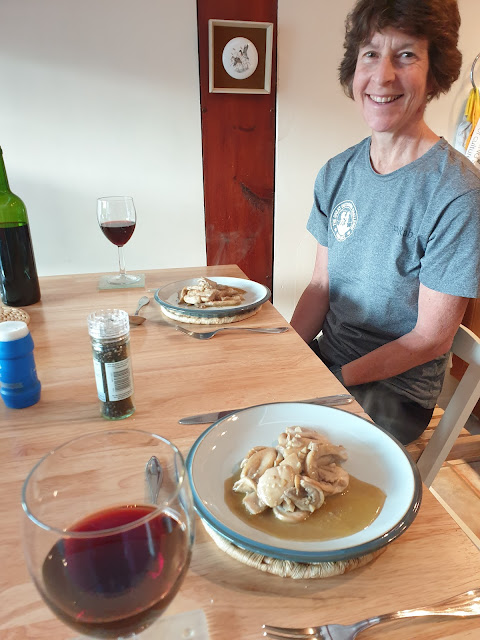