Yet another fine day after a later night than usual due to the length of the football match. I was quite surprised at the cheer that went up when Man Utd won. I thought they weren't generally liked. Perhaps Chelsea are disliked even more.
Anyway, the camp site did well as a result of extra time - at that point the ice cream cabinet took a real hammering, led by Sloman and Lord Elphus.
During the interval Colin Tock was severely reprimanded for the sloppy manner in which his tent was pitched. Really! As a vetter he should know better.

We left camp at 7.50 to stroll along lanes lined with comfrey, and where fading daffodils are giving way to banks of red campion. 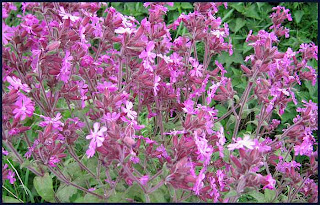 We admired pretty buds and a house that seemed to be called 'Gallery', but there was no sign of one. 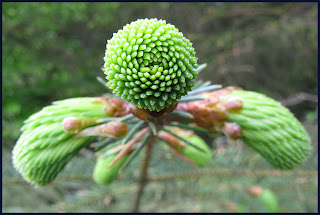 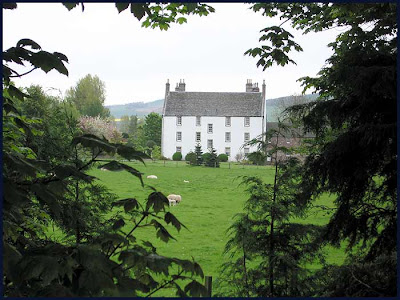 Strolling with Liverpool Bill for a while, he related how in a chance meeting with Alan and Phil, he had admired their fine selection of cheeses; in return for this wanton act Phil had given him a pot noodle that looked like a hair net!

Our exclusive route took us parallel to 'the main drag' along quiet undulating back lanes past colourful fields of mustard. 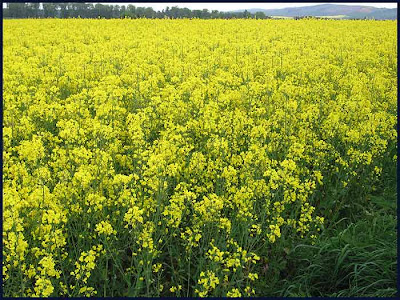 We enjoyed a brew with a view outside Mount Pleasant, where the owner offered his facilities and some friendly locals passed with a very bouncy dog.

Peacock calls emanated from Ecclesgrieg, where you can walk through the estate. We didn't - our route took us past an impressively free range chicken factory - the clucking inmates appeared to be ecstatically happy! 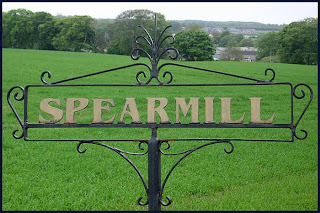 Soon we felt a fresh sea breeze on our faces as we approached our final destination, the secluded beach at NO 765 649. Hugs were hugged, self timed photos were taken, and pebbles admired. 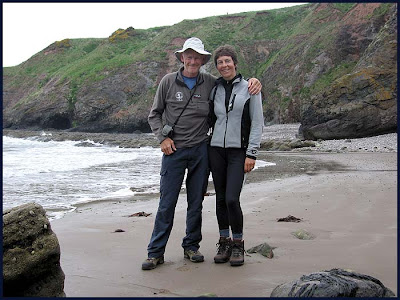 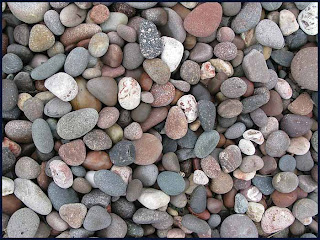 A figure appeared on the coast path above us. Roger Boston was strolling from his own finishing point to St Cyrus. 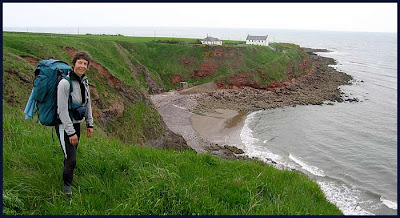 Looking back to our exclusive finishing point

We joined Roger for a pleasurable final few minutes of our 200 mile trek, before joining Tim and Kate, celebrating the successful completion of their 10th crossing with Ann and Alvar outside the excellent tea shop in St Cyrus. 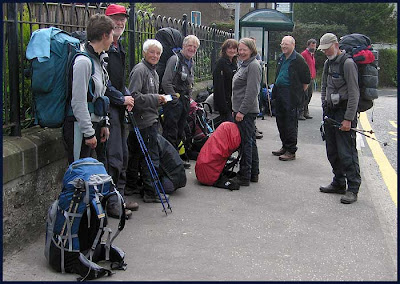 The one-o-clock bus whisked us into Montrose and the bustle of TGO Control and then the busy, but happy and friendly camp site. 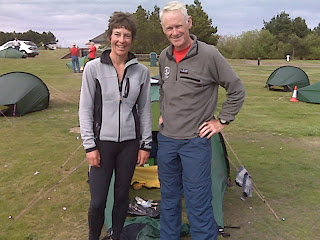 It was fun. Great to catch up with friends made on the trip and many others - more on this in tomorrow's reprise - Cinderella mustn't be late for the Ball! 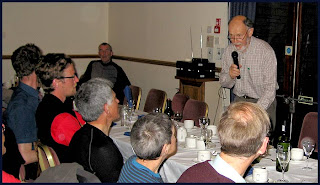 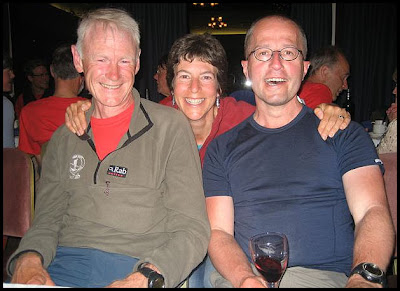 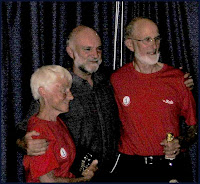 These pictures show Roger Smith conducting the ceromonies at the Park Hotel, Maria Scott receiving her 10th crossing plaque from Cameron, who is also pictured with Tim and Kate, receiving their plaque.
And of course we were there with the Mad, Hungry, Lazy, Kindly and Generous, Camera Shy Austrian who started from three different places and still by some miracle made it to Montrose.
Thanks to Susan Lowery for that picture, all the way from the USA.

What a great event. Our thanks to everyone, including Peter and Avril and Robin, as well as Roger, of course, at TGO Control, and to the Weather Gods, for making it so enjoyable.
Thanks also to our vetter, Alan Hardy, and to my last year's vetter, Ian Shiel, who kindly provided some unexpected sustenance at North Water Bridge.

Thanks mostly though to Sue (Nallo Lady) who on her first Challenge gave me time to write -up as we went along by acting as camp chef. Much appreciated as it also saved my knees from further destruction. And she still found time to give Denis P a foot massage!
By now you should know that I like statistics:
We kept pretty religiously to our plans and walked about 323km (plan was 325km) and climbed about 12,500 metres (plan was 12,730 metres). We got to 20 summits as planned.

Next Day - Reprise
Back to Index
Posted by Phreerunner at 18:13

Congratulations and thanks for an entertaining TGOC blog! :)

Well done, I have read this with great interest since meeting you both on top of your second munro on the Glen Shiel Ridge. It looks as though you were definitely going the right way.

Well done to you both. The regularity and detail of the posts was amazing.

Thanks everyone. It was my pleasure.
Hope you like the photos I've now added.

A great read Martin and Sue. This year is the first time the TGOC has been blogged 'live' all the way across. Rose is so envious about the good weather you had this year. Hopefully we'll see you during 2009. All the best Bob and Rose