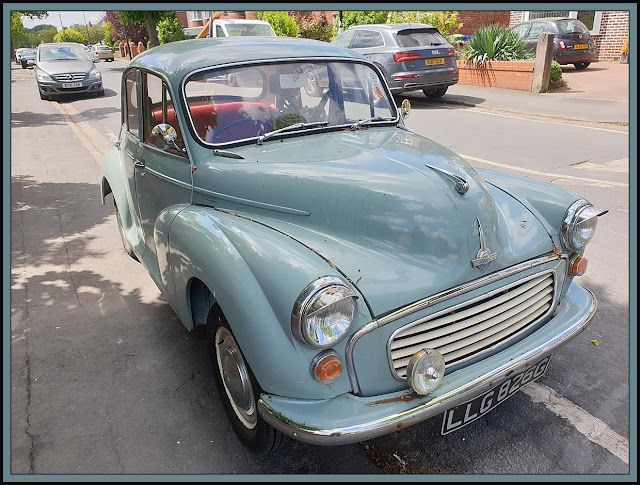 For a few days recently, my morning bike ride passed this car on Walton Road. Memories of the days when my parents went through a series of Morris 1000 Travellers. If you can zoom in to the passenger seat you may surmise that the poor chap might have been there since the car was new, over 50 years ago!
You may have noticed that I've been digitising some old photo albums. Readers who aren't 'family' should be relieved to know that the family albums don't appear here - they have been circulated separately by way of Dropbox.
Here's a picture of the albums awaiting 'digitising' as of today. The pile of 'processed' albums (back in the wardrobe) is too small to warrant a picture - miniscule in comparison. I could be here for some time! And then there are the 1000s of slides... 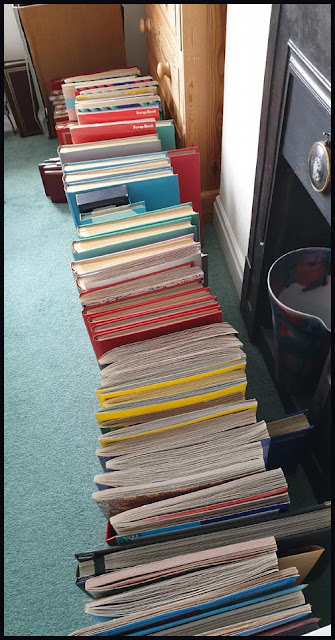 We managed a bike ride to Didsbury on my son Mike's birthday, for a socially distanced coffee. We had given him the money for a camera, which he demonstrated for us by taking a couple of pictures using the '15mm' and the '45mm' settings. The picture below is using the '45' setting; the '15' setting gives a much wider angle. The Canon camera has wi-fi, so Mike was able to send us the pictures immediately after taking them. 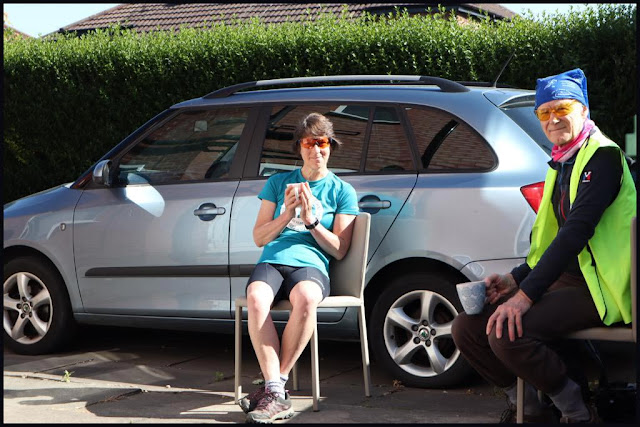 Sue went shopping at our local garden centre yesterday. JJ's tomato plants have been joined by an assortment of products. This will keep her off the streets for some time. More photos will follow. The latest 'Churchill' cake, (can you spot it below?) will soon need to be replenished. 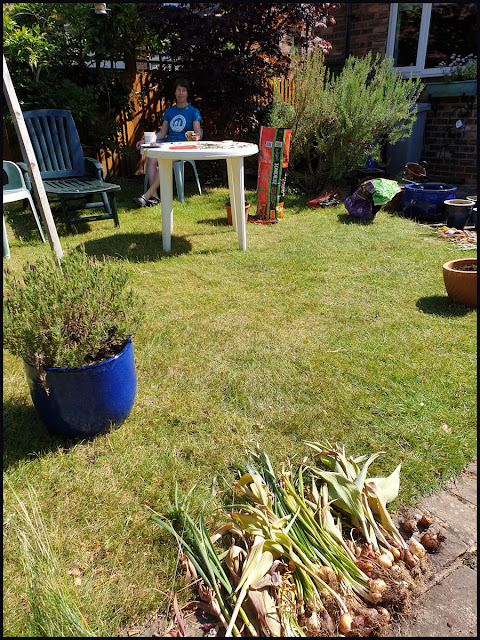 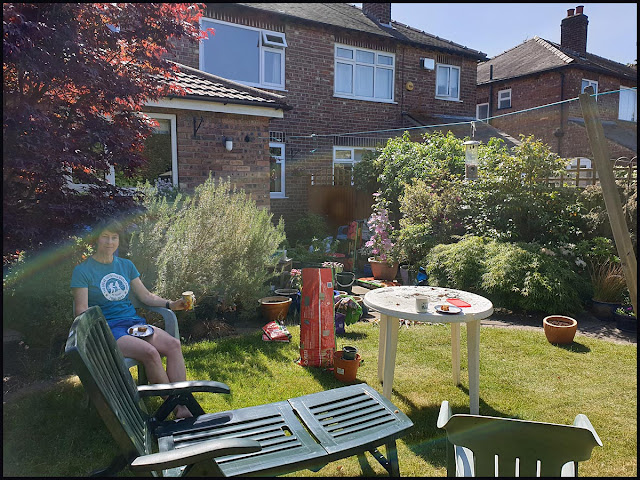 Meanwhile I drove over 200 miles yesterday in Sue's car, heading for Barnard Castle, but my eyesight is bad and I finished up in Eccleshall. That was convenient from my mum's point of view, as I could then bring her back to Manchester for her six weekly Lucentis injection at Optegra eye clinic. Two and a half hours later, I was on my way back to Barnard Castle Eccleshall. Luckily, my eyes held out for the journey home. I probably won't drive again for another six weeks. Just as well I sold my car shortly before Lockdown!

That Morris 1000 brought back memories. My uncle had the agency and I worked for him for three years after leaving school and I helped with the selling of those cars and learnt to drive in one.

I don't think I want to go to Barnard Castle - it will be the must-go-to destination these days for all the rule flouters.

That Morris 1000 looked in good nick for its age and is clearly in regular use despite the impression you might gain from the passenger.

I don't think I'll try going to BC again. The M6 motorway (that I took 'by mistake, my eyes must need testing') was much busier than it was six weeks ago (the last time I went further than walking distance from home).

Rattling around in the empty nest said...

Your Polo is doing very well sat on my drive. Since my daughter and I are both working from home, we are not adding any mileage to it other than a fortnightly drive to keep it working.

Likewise, I have seven boxes of photos by the side of my desk waiting to be scanned or thrown away. All from my parents. I want to keep the history, but throw away the dross. One day I might have time.

Good to hear that Polly is ok, and it sounds as if she's behaving. She will eventually need some rear tyres! The battery has done very well. As you know, we have had some long Alpine trips which have meant the car sat under our car port for weeks on end. She always started first time.
I have to say, the car would hardly have been used since November, had you not bought it, so I'm pleased to hear that it has been used, and that it has found a good home.
Very best wishes
Martin