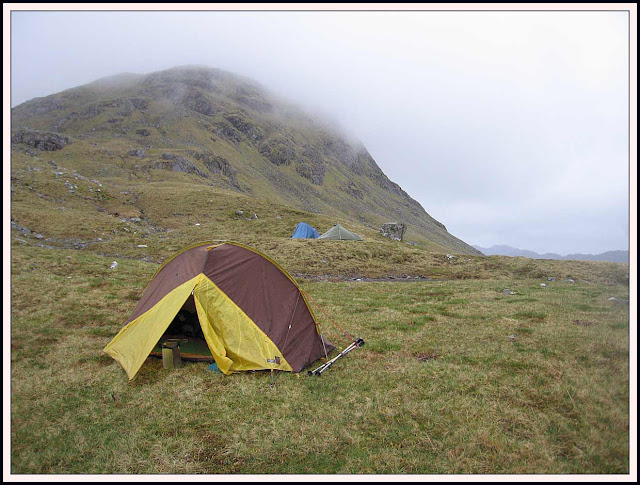 I should have been finishing this year's TGO Challenge today (21 May). Ah well!
Various folk have been following 'virtual' routes over the past couple of weeks, mainly using the medium of Facebook, a product that I don't get on with. However, I've enjoyed monitoring Judith's progress via her Wordpress blog, which I find much easier to follow.
My own 'projects' have moved on to the thought of producing some TGOC PhotoBox books, starting with my first Challenge in 2007. So to make life easy on the blogging front, I've decided, on days when I've nothing 'better', to post pictures of some of my wild camps on the Challenge, together with any relevant peripheral comments. Readers will also have to put up with more digitised reports from the distant past.
11 May 2007 marked Day 1 of my TGO Challenge era. I set off alone from Strathcarron, after getting someone to take the following picture. 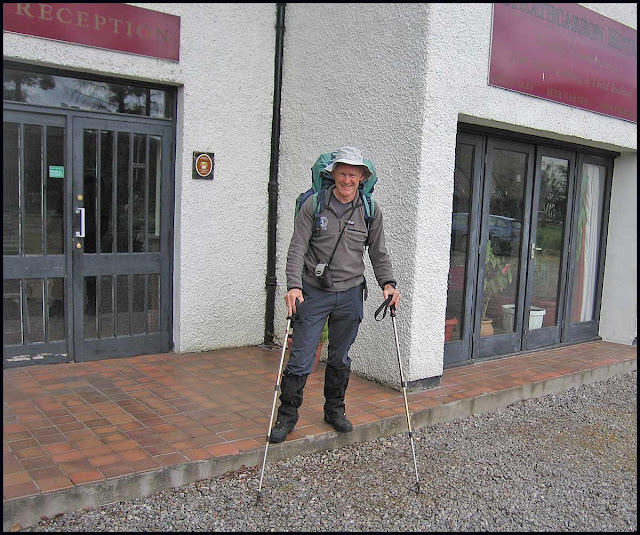 The only Challenger I saw that day was Alan Kay, an experienced Challenger on his 12th crossing. 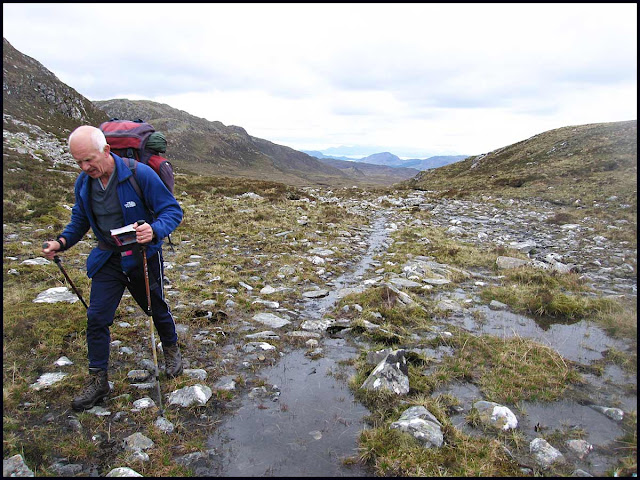 I reached Bealach Bhearnais, my planned destination for the day, at 3:30, so after setting up camp and enjoying a brew I had plenty of time to nip up the nearby Corbett of Beinn Tarsuinn, having already come over the other nearby Corbett - Sgurr na Feartaig. Sadly, both summits were engulfed in mist.
As you can see from the 'camp' picture above, I had company - in the form of a couple of Munro baggers, not Challengers.