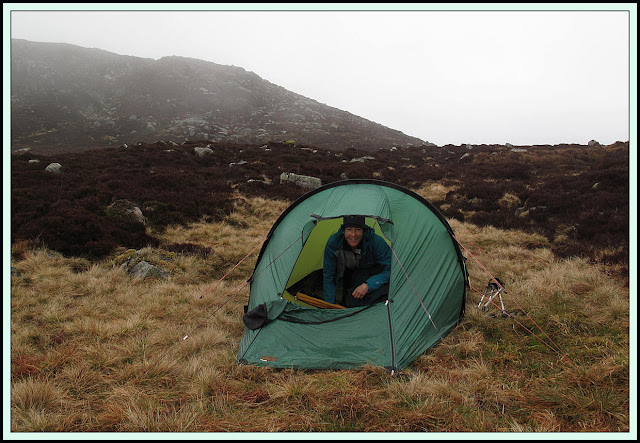 On 16 May 2009 the weather was somewhat inclement. Sue and I did however include one summit, Beinn Dearg, our twelfth of the crossing, on our itinerary, fuelled as we were by some chocolate donated by Peter and Barbara, who we chanced upon before the ascent. They were the only people we saw all day, so far as I can recall.
Very few pictures were taken that day.
The following morning, from our camp site at about 740 metres near a col to the east of Beinn Dearg at NN874778, we could see much more, and the cloud was lifting as we struck camp soon after these pictures were taken. 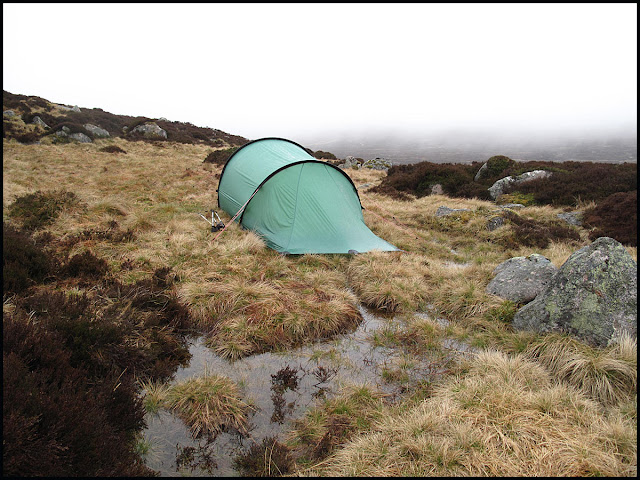 The next photo is typical of the following day, annotated at the time as being an easy river crossing. 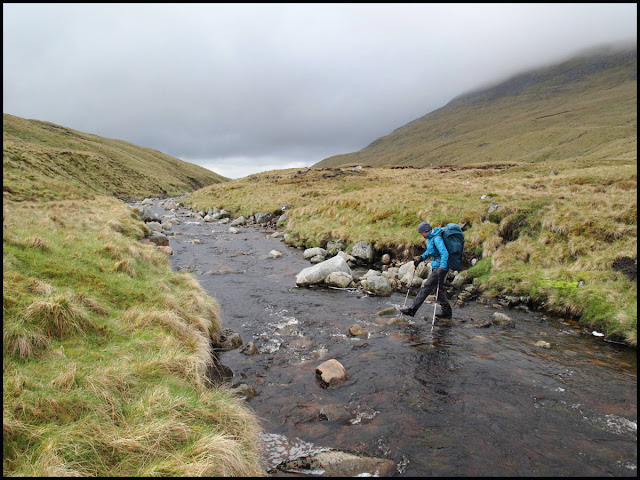 My other memories of the 16th and 17th May are of cold hands in so called waterproof gloves. The Sealskinz gloves turn out to be of little comfort when your hands are already wet, but they are good for cross-country skiing...
Posted by Phreerunner at 21:44