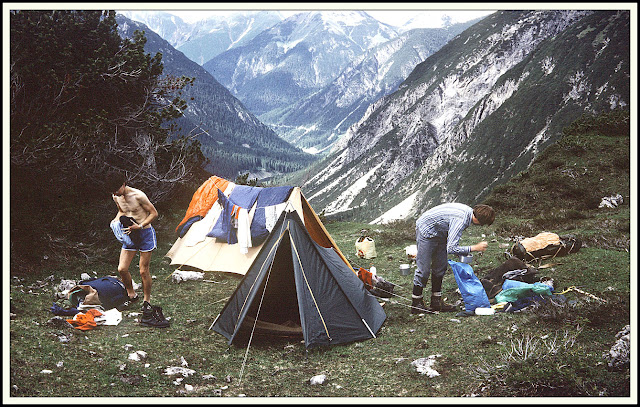 As the rain patters on the 'Force Ten' flysheet, five exhausted hikers sit and steam. The beef has been swiftly consumed and we wait for the teewasser to boil. So what is the cause of this exhaustion?

Well, today started with Martin streaking between the tents to transport the breakfast. The rain eased and we set off on our predetermined route at 8:15. The first hour was enlivened by sightings of a marmot and a chamois. 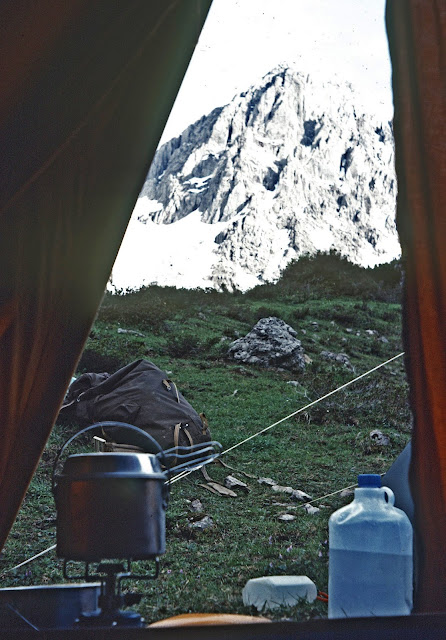 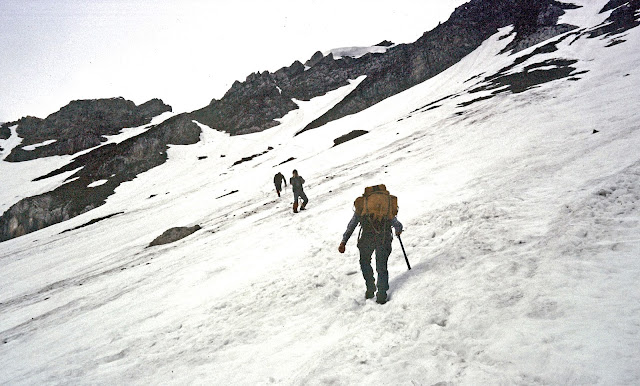 We climbed to Gufelseesjoch, and seeing the inviting summit of Kogelsee Sp. 1000 feet above, we popped up to bag our second Alp. 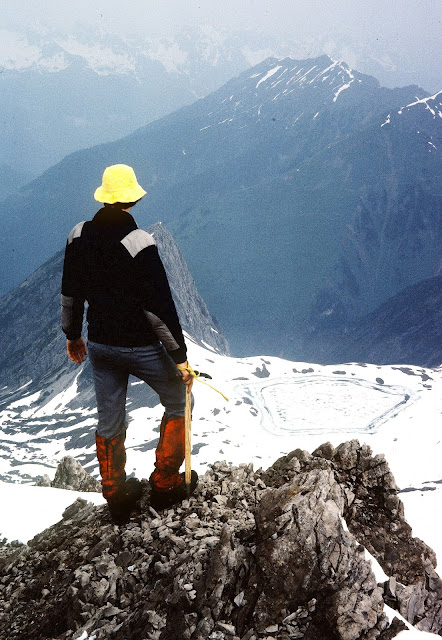 Dave on the summit of Kogelsee Spitze 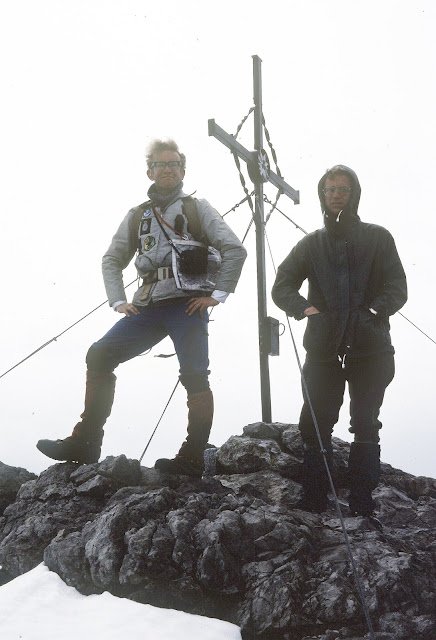 We continued our circular route via the Gufelhutte, and Gufelgrasjoch, to the Steinseehutte. This could not be described as a ridge walk, in fact we went up and down more times than Joan Collins' zip. 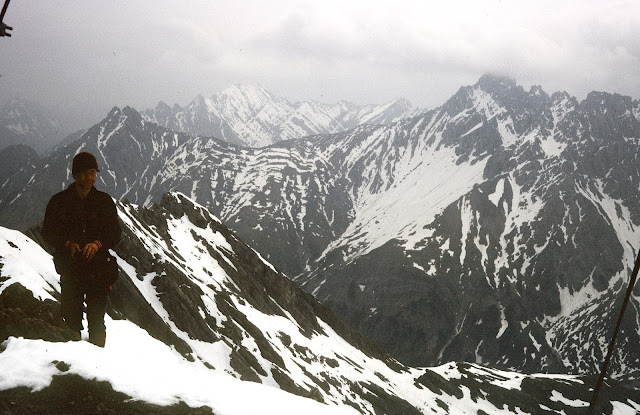 Nick, looking back at the range 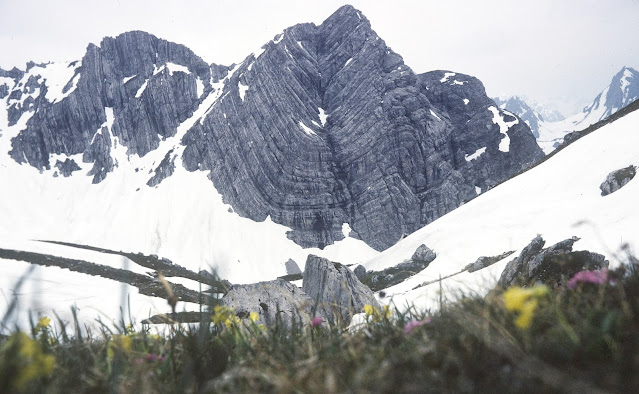 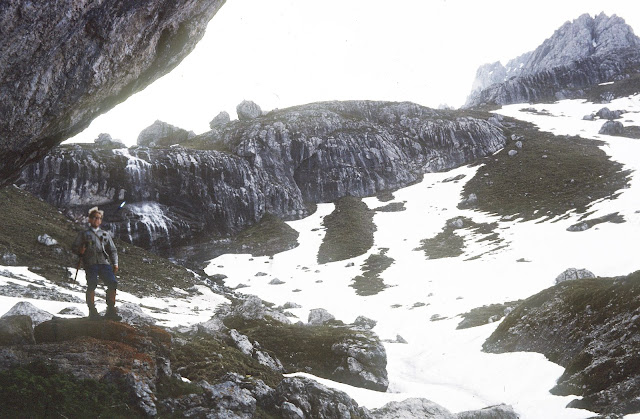 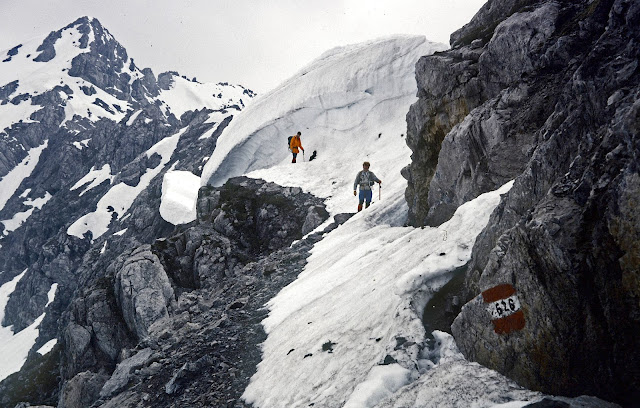 Approaching a massive cornice at Gufelgras-Joch 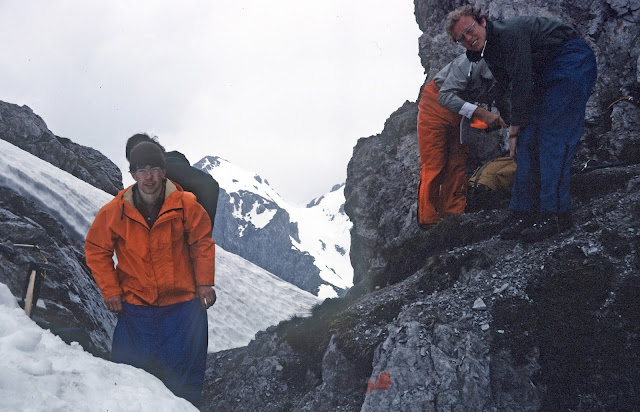 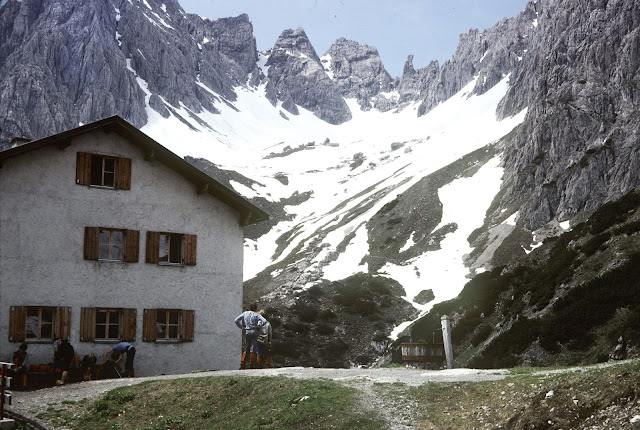 The view NW from Steinseehutte

On our return from the Steinseehutte we attempted to ascend the Dremel Sp. After about 400 feet there was a minority of one in favour of continuing, so I came back with the rest. 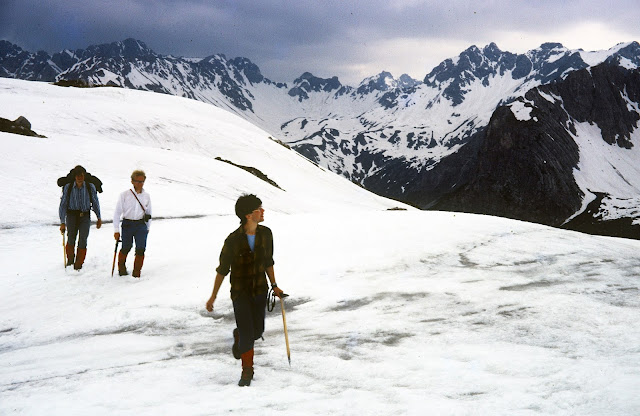 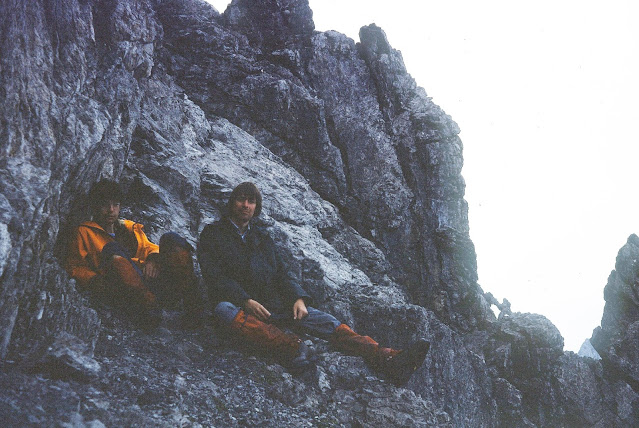 On Dremel-Spitze, and (below), as far as we got 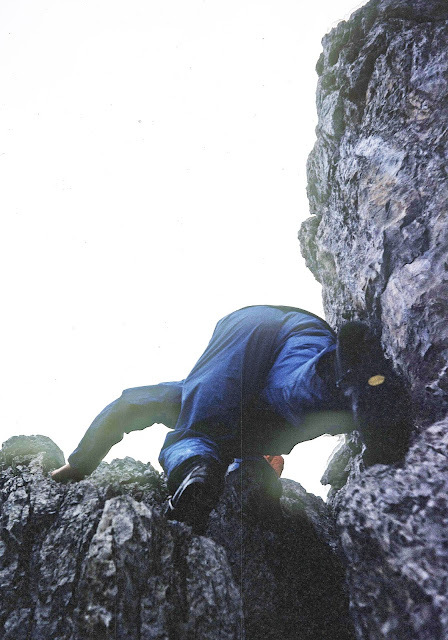 All in all a tiring but very satisfying day - if the weather would improve the views would be superb...

... Meanwhile, up at the Hutte, despite all attempts to encourage me to do otherwise, this will definitely be a short concise entry.... Still, other memories / events of the day... 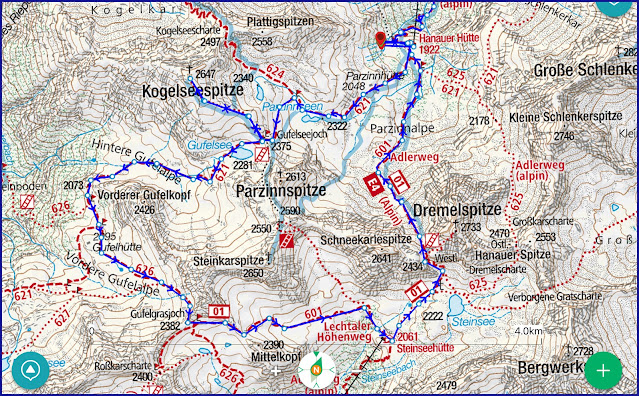