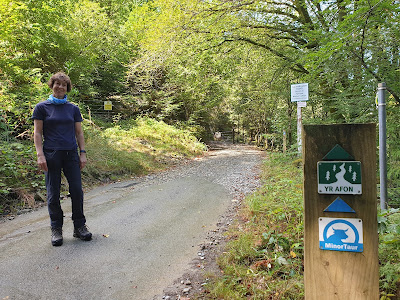 For our second walk of the day, after a picnic lunch at the NT car park, we headed a short way up a single track road to Tyddyn Gwladys car park.
We walked up the track shown above, and quickly realised that this area of forest provides extensive mountain bike routes similar to those in Grizedale Forest in the Lake District. The main hub for mountain biking is nearby Coed y Brenin - a treat in store!
We came across a couple of mountain bikers when we reached a bridge, once over which there is an out and back path to view the 20 metre high waterfall at Pistyll Cain. The narrow path beside a steep drop was taped off (health & safety?) but we went under the tape and got a fine view of the waterfall. 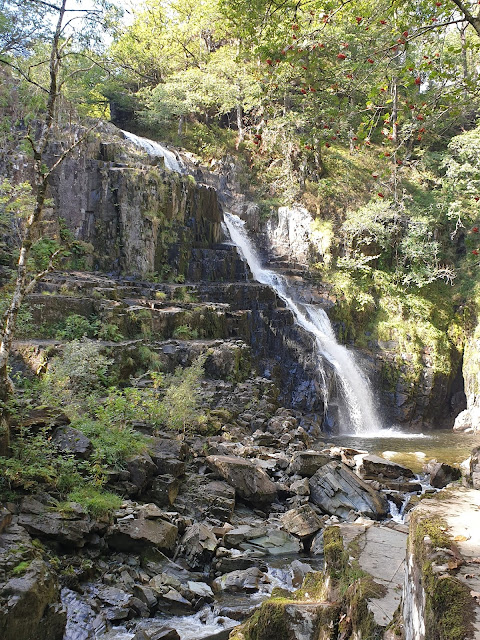 We soon passed a small hydroelectric works, where there's another impressive waterfall, Rhaeadr Mawddach. Sue took pictures of that, whilst I just snapped the river canyon. 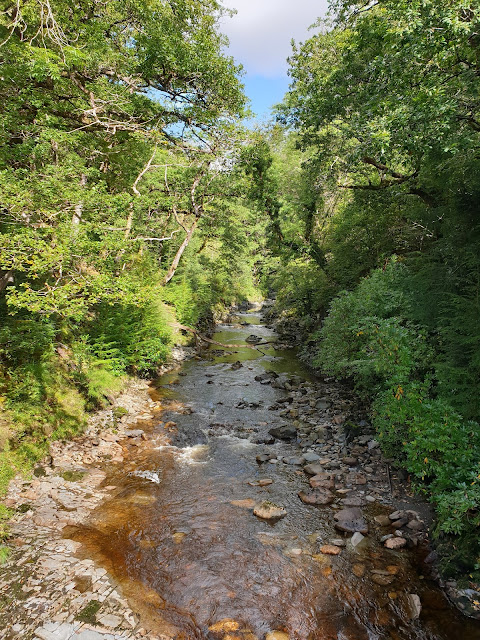 Returning along the track on the eastern bank of the river, we discovered that the stepping stones that provide access back to the car park were under water, so we went down river to a bridge from which the next two pictures were taken. 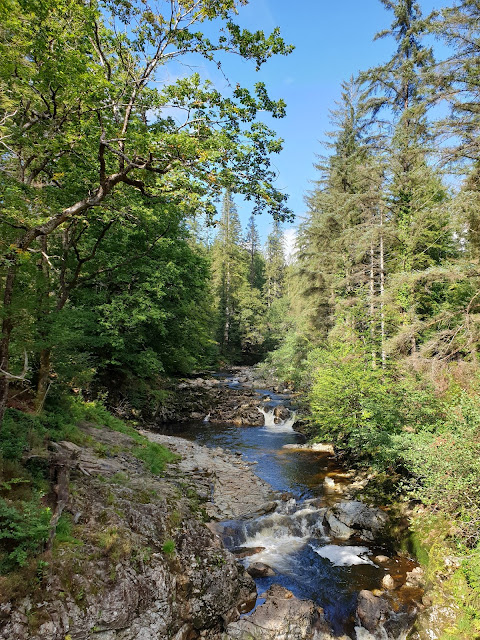 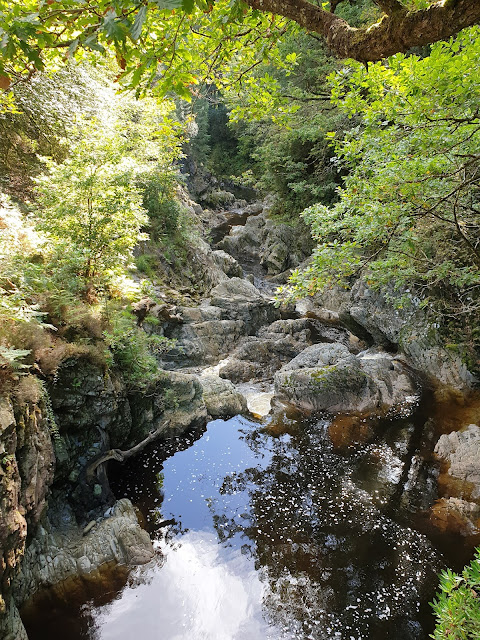 An easy walk back to the car park concluded this 4km stroll, after which we returned to base for a chat on the deck with my brother Dave, before he returned home. 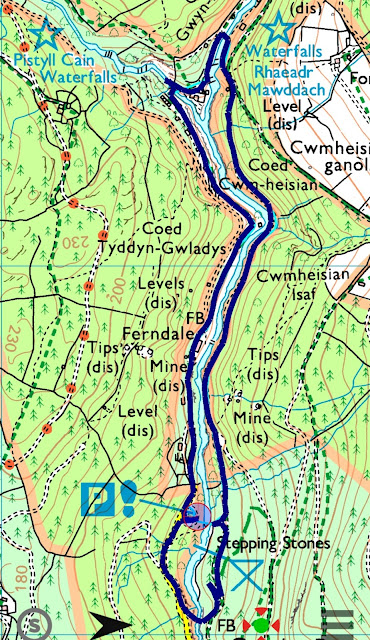 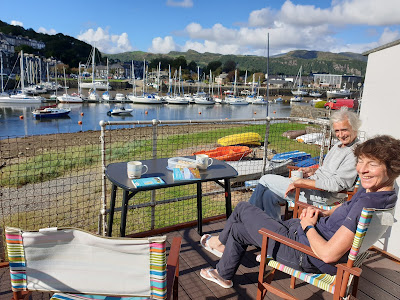